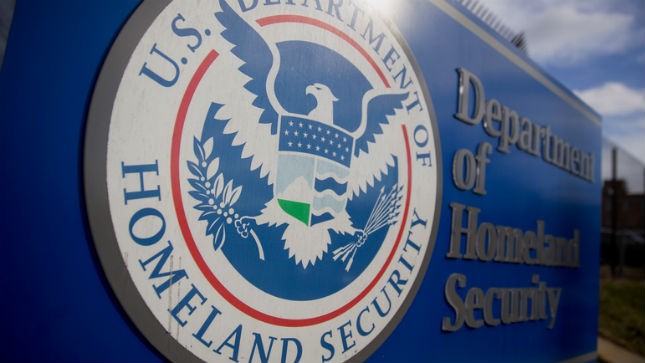 The Department of Homeland Security has announced that it is seriously looking into the idea of declaring the US Electoral System a “Critical Infrastructure” that would give them special control over the security of the process.  The recent news of cyber attacks on two separate state electoral boards has raised the specter of the possibilities of foreign governments attempting to disrupt or alter upcoming elections. According to a Washington Times Article:

“We should carefully consider whether our election system, our election process, is critical infrastructure like the financial sector, like the power grid,” Homeland Security Secretary Jeh Johnson said.

“There’s a vital national interest in our election process, so I do think we need to consider whether it should be considered by my department and others critical infrastructure,” he said at media conference earlier this month hosted by the Christian Science Monitor.

I am glad that our government, especially a federal Government run by Democrats, is finally worried about the integrity of our voting system. For the party that has consistently fought against basic voter integrity measures, it is quite a change of tune.  Instead of having a federally controlled election process, however, here are some basic reforms that can be put in place quite quickly:

Photo ID required to vote – nationwide – no exceptions:  It is ludicrous that we require someone to have a photo ID to buy buy alcohol or drive a car, but not to vote.  When international poll watchers are shocked to find out that we don’t require a photo ID to vote, you know you have a problem.

Require all states to clean their voter rolls:  Many states leave the names of people who have died or moved away on their voter lists, making those names easy targets for fraudulent votes.  In addition, people who have not voted in three consecutive Federal elections should have their names removed from the lists, and be informed that they must re-register.

End same-day registration:  Some states, like Wisconsin, allow people to register to vote all the way up to, and including, election day.  This has led to stories like the man who called into the Chris Plant radio show who said he was a union worker from Michigan who was being bused to Wisconsin to register and vote in the Scott Walker recall election.

Do away with all “vote by mail” provisions:  Mailing out ballots opens up our electoral process to all sorts of opportunities for fraud.

Eliminate touch-screen or networked electronic voter machines:  How many times do we have to hear about people touching the button for the Republican candidate, and the Democratic candidate gets checked?  In addition, there have been reports showing the ease in which the network for these voting machines can be hacked, with some precincts failing even to change the default password for the router. Paper ballot scanning machines work great, and it is the only option I use.  I never choose the touch screen.

Tighten Absentee Ballot Laws:  One of the most common, and easiest methods of hiding voter fraud, is the absentee ballot system.  When organizations can submit absentee ballot requests by the thousands on behalf of sometimes unsuspecting voters, it raises the risk of fraudulent ballots being cast, especially on behalf of people who don’t normally vote.  Many states provide in-person absentee ballot opportunities as many as 30 days before the election.  There is really almost no excuse for someone to need to get a ballot mailed to them anymore except under rare conditions.

So before we see a Federal “Department of Elections” being created under the umbrella of Homeland Security, how about we try some basic common sense election reforms Republicans have been pushing for decades?

Yes! Let’s turn over one of our most sacred programs to the Feds since they run programs so well! – Said no sane person ever.

I have complete confidence that a Democrat administration will fairly and competently defend the integrity of the election.

I am somewhat surprised that you are endorsing a nationwide photo-id card for all citizens.

I’m not. All of these ideas are things that can be handled at the state level. The point is to show how easily we can secure our elections without the federal government stepping in to run things. The other point is to show how hypocritical the Democrats are in proposing something like this when they have oppose voter integrity measures like this all the time.

Perhaps you could start by providing actual, verified examples of how fraudulent voting has occurred.

You Democrats crack me up with all your denials of voter fraud!

The simplest and easiest example is to point to the precincts in the Philadelphia area that routinely count more votes than there are registered voters.

Then there is the guy who called into the Chris Plant show like I described above.

Then there are the numerous undercover videos of Democrat operatives telling people how to use fraudulent electric bills to vote numerous times.

Are you really so naive as to believe that voting fraud doesn’t occur or are you just trying to parrot the party line?