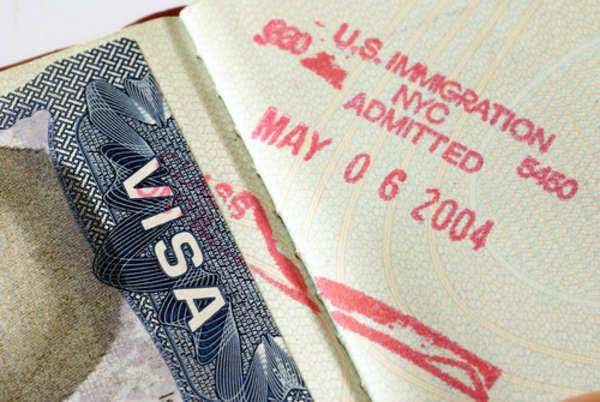 After dragging their feet for 20 years, U.S. immigration authorities have finally released a study addressing how many foreign visitors to the United States stay here illegally.

Among the study’s chief conclusions is this:

DHS has determined that there were a total of 44,928,381 nonimmigrant admissions to the United States for business or pleasure through air or sea [points-of-entry] that were expected to depart in FY 2015, which represents the vast majority of annual nonimmigrant admissions. Of this number, DHS calculated a total overstay rate of 1.17 percent, or 527,127 individuals. In other words, 98.83 percent had left the United States on time and abided by the terms of their admission.

Such a study was originally mandated by Congress in 1996. Yes, 1996. From a NumbersUSA report:

In 1996, though the Immigration Reform and Immigrant Responsibility Act Congress ordered an electronic entry/exit system to be created. In 2004 after it was revealed that 4 of the 9/11 terrorists were visa overstayers, the 9/11 Commission recommended a biometric entry/exit system. Congress approved the recommendation and has appropriated funding for the system at least 6 different times.

Yet no such electronic entry/exit system has been created to systematically identify who is, and who is not, in the country illegally. According to testimony from top Homeland Security officials earlier this week, their excuse for not implementing any solution to this is that they can’t figure out a way to implement it without causing 2-hour delays in boarding flights.

Riiigghhht. Even leftist Sen. Al Franken (D-MN) ain’t buying that malarkey. (That kind of weak excuse reminds me of the old trope, “There’s just no facility in the district big enough to hold a nominating convention.” A transparent dodge designed to mask not just a failure of will, but also a pre-determined outcome in the opposite direction. A lie, in other words).

However, even if there were a way to identify in real-time each and every person who has overstayed a visa, it is not clear it would make even the slightest bit of difference with this administration. Get this, from the Washington Examiner:

A pair of Department of Homeland Security officials told the Senate Wednesday that the government does not search for most of the people who overstay their temporary visas, a day after DHS said that nearly 500,000 people were still in the U.S. after having overstayed their visas last year.

According to the DHS officials, they have “prioritized” (i.e., investigated) just 3,000 of the remaining nearly 500,000 visa overstays, and then apparently only when there is some reason to suspect the person has committed some other sort of crime.

This is, essentially, another executive branch back door to open borders. By ignoring the problem instead of fixing it, the administration essentially tells people around the world that they can come here on a tourist or business visa and then simply stay forever, so long as they don’t commit other crimes while they’re here.

Our executive branch is on strike against the will of the American people…Simply put, there is no border at all if we don’t enforce our visa rules.

For the life of me, I cannot understand how Sessions’ take on this is controversial even for Democrats, much less among certain other Republicans. What’s interesting is that it is principally those same other Republicans who remain gobsmacked by the success of Donald Trump, failing to perceive at all that their disconnect from the values and mindset of American people is precisely what gave rise to the Trump phenomenon.

One thing is clear: we are headed for a reckoning, one way or another. A country that simply throws its doors open to virtually uncontrolled immigration won’t remain a country for long.

The American people get that, and a large slice of them see Donald Trump as the solution. To those who refuse to recognize that there is any problem at all—and who instead gleefully wield the PC weapons of the left to marginalize conservatives who do recognize it—if you’re successful, you’ll get the president you deserve.