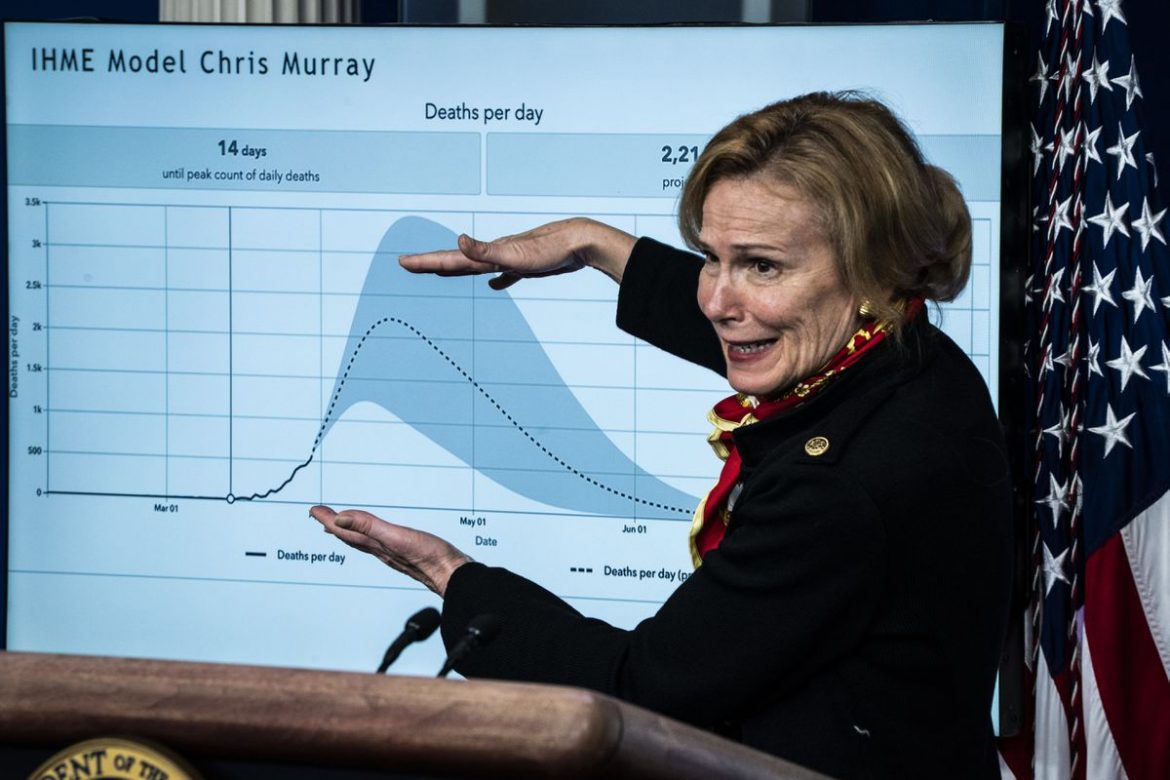 Did Shoddy Science Shut Down America?

Let’s get one thing straight before some of you become apoplectic.

Covid-19 is real. It’s a nasty virus that can make victims desperately sick. It appears to spread faster and do more damage than the seasonal flu. It viciously attacks the elderly and those with underlying medical issues. It’s a killer.

Still, it’s time to admit that it looks like the “experts” who drew up harrowing models that predicted a wildfire spread, hospitals at the breaking points and bodies stacked like cordwood from coast to coast were wrong.

First came the Imperial College model, drawn up by a team led by Neil Ferguson, a British mathematical epidemiologist who predicted that if no action was taken the coronavirus would kill as many as 500,000 Brits and 2.2 million Americans.

We heard that number in March and it was terrifying.

It was based on, well, who knows. Last time I checked, this guy had refused to show his work.

This Imperial model and the wildly exaggerated early ones fashioned by the IHME-UW (Institute for Health Metrics and Evaluation at the University of Washington) were cited by panicked government officials who shut down large chunks of America in March and wrecked the best economy in the world.

On Thursday, when the IHME admitted that its prediction that as many as 240,000 Americans would die from the virus was wrong and that the actual number will probably be about 60,000, they conceded that their predictions were about as reliable as the weather forecast.

And yes, they’d baked “social distancing” into their inflated projections.

New data from several states indicates a decline in the overall deaths we predict for the US. It’s important to note that our forecasts range from 126,703 to 31,221 deaths. As data comes in, our estimates will change, much like weather forecasts adjust. http://ms.spr.ly/6014TeCpg

Think about it: If the forecasts in mid-March had been for 60,000 deaths would the country have gone into a total lockdown?

Look, it’s a terrific relief that fewer Americans will likely die of this virus than we were told would perish even a week ago. And yes, tens of thousands of fatalities are still terrible. Those casualties will be someone’s mother, father, husband, wife, child.

But every year similar numbers succumb to the seasonal flu.

When those astronomical coronavirus numbers were unleashed last month, governors around the country began issuing all manner of constitutionally questionable orders, stripping citizens of their rights in the name of a national emergency, some for unconscionably long periods of time.

Schools were out. Churches were closed. Businesses were forced to shutter – many forever. People were forbidden to gather in large groups and ordered to stay in their houses.

Hospitals weren’t overrun in most places but food pantries and soup kitchens were.

Now we learn that the forecasts were bad.

Even the vaunted Dr. Anthony Fauci has been dancing a little two-step this week trying to explain his reliance on these flawed figures.

The Hill reports that Fauci said on NBC’s “Today” show that the models were not even close to being accurate.

“… Models are really only as good as the assumptions that you put into the model,” he said.

In other words, garbage in, garbage out.

The pandemic is hitting places like New York, New Jersey and New Orleans hardest. Those are densely populated areas where many use mass transit.

But the latest models from the IHME-UW show Virginia reaching its Covid peak on April 20. A full month earlier than predicted just a week ago. Estimates also dropped sharply for hospital beds and ventilators that will be needed to care for the sick in the Old Dominion. Estimated deaths dropped from 1,400 to 891 statewide.

This new information should cause Gov. Ralph Northam to rethink his reactionary decision to order Virginians to stay at home until June 10th – the longest shutdown in the country, last time I checked.

Yet our governor, who never seems able to admit he’s wrong, blithely rescheduled Virginia’s primary elections from June 9th to the 23rd indicating that he’s prepared to keep the order in place.

Because he can, not because he should.

Meanwhile, members of Team Apocalypse try to paint the current situation as black or white: Either we huddle in our houses until a vaccine is available or sacrifice everyone over the age of 65 to save Wall Street.

There is a middle ground and we’d better get there. Fast. Businesses should be able to reopen while incorporating social distancing, masks and other measures.

Those most at risk will have to continue to self-isolate.

Remember, the draconian measures put in place by governors were never intended to end the virus, just to stretch out the infection rate so that hospitals wouldn’t be overwhelmed.

Instead of harassing people who dare to go to city parks or sunbathe on a beach, it’s time to make solid plans to reopen most parts of the country.

Seventeen million Americans out of work – due in part to shoddy science – is a scandal.