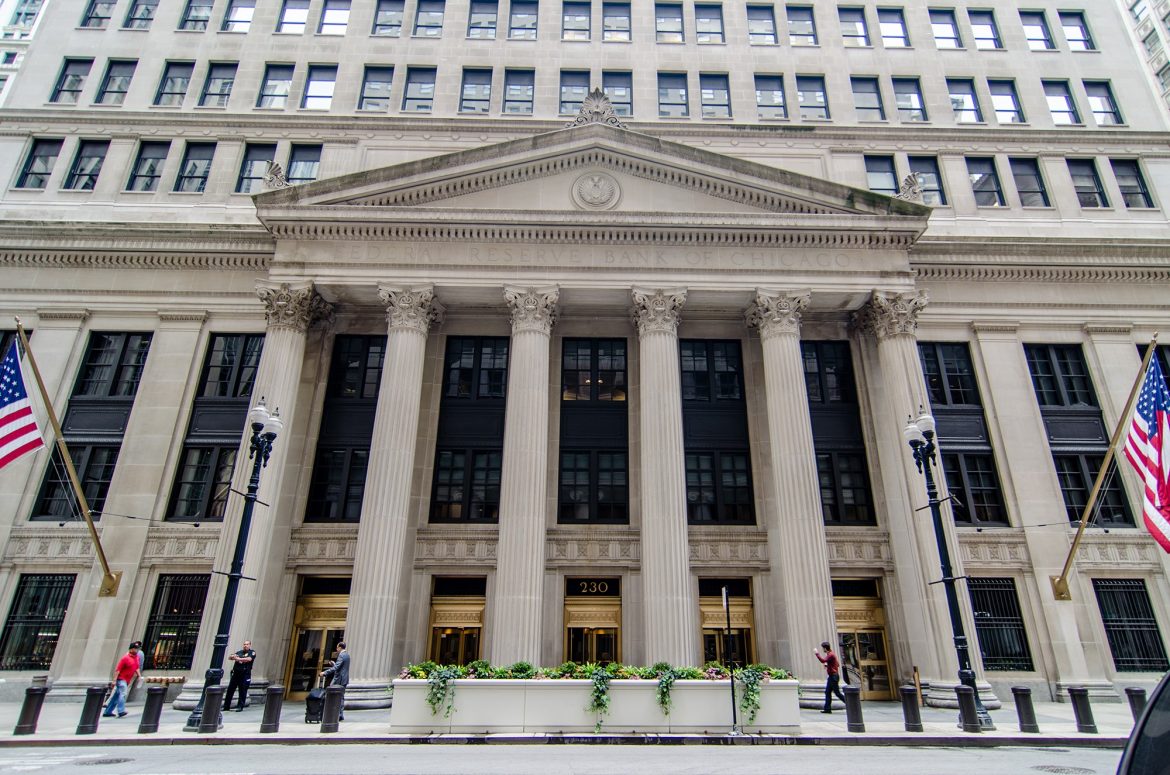 Can a Federal Reserve Bank legally fire a consultant for criticizing the Black Lives Matter movement? Maybe not, due to the First Amendment, and the Bank’s status as a quasi-governmental entity. Yet that is what the Federal Reserve Bank of Chicago did to Harald Uhlig, an economics professor at the University of Chicago, and the former head of its economics department.

As the National Review reports:

Harald Uhlig, a University of Chicago economist, was terminated from his role as a consultant to the Chicago Fed and placed on leave from his editorial position at the Journal of Political Economy. His transgression? A tweet voicing opposition to defunding the police. The Black Lives Matter movement, said Uhlig, “just torpedoed itself, with its full-fledged support of #defundthepolice.” “We need more police, we need to pay them more, we need to train them better,” he added.

Uhlig cited “policy reform proposals” by the Democratic Party as an alternative to defunding. For an overview of the controversy, see David Harsanyi’s column….Uhlig is the first public employee to be terminated for commenting on the current protests. The longstanding legal measure of whether a public employer can terminate an employee for expressing an opinion is called the Pickering Connick test…Public employees must clear two hurdles in order to state a cognizable First Amendment claim alleging they have been discharged for the content of their speech:

They must show their speech addresses a matter of public concern.

If the employee was fired for comments on political issues, as Uhlig was, his employer must prove that the speech sufficiently interfered with workplace operations as to outweigh the employee’s First Amendment rights.

The Wall Street Journal reports that the Bank said it cut ties with Uhlig because his views were supposedly inconsistent with its “values” and its “commitment to diversity, equity and inclusion.”

But what Uhlig said wasn’t racist, and he didn’t say it while at the Bank. Even if his remarks actually were racially inflammatory, that usually wouldn’t be grounds for firing him, if he worked for a public employer or government agency. In Thompson v. Board of Education of Chicago (1989), a federal judge ruled that a teacher’s remarks in a news article about problems in the Chicago school system (such as gang activity) was constitutionally protected, even though some community members and teachers perceived the teacher’s comments as racist and inflammatory.

Similarly, an appeals court ruled that a public employee could not be fired for moonlighting as a blackface entertainer, in Berger v. Battaglia (1985). The employee’s off-duty speech was protected even though it offended many black people.

Uhlig was a consultant for the bank, not literally its employee. But the Supreme Court ruled that the free-speech protections afforded public employees also apply to government contractors such as consultants, in Board of Commissioners v. Umbehr (1996).

There is an additional wrinkle: Federal Reserve Banks are nominally private, so the Bank would probably argue that it is not even subject to the First Amendment, which only applies to the government.

The Federal Reserve Banks are not a part of the federal government, but they exist because of an act of Congress. Their purpose is to serve the public. So is the Fed private or public?

The Supreme Court has ruled that the First Amendment applies to Amtrak, which is nominally a private corporation, because it resembles a government agency in most respects. (See Lebron v. National Railroad Passenger Corp. (1994)). The Justices reasoned that Congress had created Amtrak by a special law, for the furtherance of governmental objectives, and the government retained for itself the authority to appoint a majority of that its directors. These characteristics were enough to make Amtrak part of the government for First Amendment purposes.

Like Amtrak, the Federal Reserve Banks are created by federal law, for the furtherance of governmental objectives. But only a third of their board is appointed by the federal government, not a majority. So they are not as obviously covered by the First Amendment as Amtrak is — although there is a reasonable argument that the Banks are subject to the First Amendment, given their federal origin and purpose.

Despite this, the Federal Reserve Bank of Chicago is unlikely to be sued, because Professor Uhlig is not the litigious sort. As the National Review notes, “Uhlig does not seem eager to pursue litigation. He told the Wall Street Journal that ‘Termination of my contract is their prerogative.'”