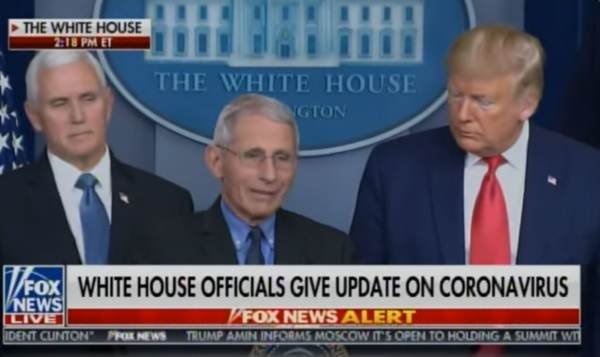 The media claims that President Trump should have acted more promptly to delay the spread of coronavirus. The claim is absurd.

The speed of Trump’s response to the coronavirus infection was stunning, and its forcefulness can only be compared to America’s reaction to the attack on Pearl Harbor.

A quick review of the timeline proves this true. On January 21st, the U.S. had its first reported infection. Just ten days later, on January 31st, President Trump signed an executive order declaring coronavirus to be a health emergency. The same day, he restricted travel from China, which had recently reported an outbreak in Wuhan. The U.S. had not reported a single coronavirus death when Trump took these major actions.

President Trump was roundly criticized for being so forceful. On February 4th, the New York Times ran a major article entitled, “The Racism at the Heart of Trump’s ‘Travel Ban.’”

By February 29th, the United States had experienced only one death from coronavirus. Nonetheless, President Trump initiated action to cut travel from most of Europe, which he did on March 12th. He considered cutting travel from the United Kingdom as well, but he didn’t wait for long. Two days later, on March 14th, he had cut travel from the UK too. Except following the 9-11 terrorist attacks on the Pentagon and Twin Towers, air travel had never been blocked so massively or effectively.

And on the same day that he was cutting UK travel, he rammed through his first emergency legislation in the House of Representatives. Four days later, he passed a gargantuan $2 trillion dollar emergency coronavirus spending bill that provided paid sick leave, free testing, and financial support. The spending bill was so massive that it roughly matched the cost of all the wars we have fought in the Middle East during the past 20 years. The difference is that much of this will be spent in a single year.

On March 20th, after Trump had finished doing all of this, the New York Times, mouthpiece for the Democrat liberal establishment, ran a major article asking, “Is Our Fight Against Coronavirus Worse Than the Disease?” Perhaps they were right, but they quickly developed amnesia. The day before Easter, they reported, “He Could Have Seen What Was Coming: Behind Trump’s Failure on the Virus.” If Trump should have been more prescient, why then was the New York Times so tardy, so uncertain, so contradictory?

While President Trump was taking historically unprecedented actions with stunning speed, the Democrat establishment was struggling to figure out what their own position should be. Even now, it remains unclear what Democrats think we should do. Does anyone know what Joe Biden’s position is?  Does he have one?

This is not to say whether the president took the best course of action or not. That will remain a subject for debate. But for the liberal media to claim that the President should have acted earlier is nonsense. They chastised him for acting too soon, and now they slam him for acting too late.  That’s more than irresponsible. It’s deliberately deceitful.