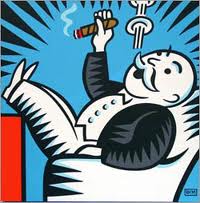 And who are these 106 people? Among them is Jimmy Hargrove, an elderly African-American veteran of the United States Marine Corps. His effort to vote at the Mass Meeting was denied—along with that of all other minorities present and desiring to become delegates to the 2nd District Convention. According to those seated near him at the Mass Meeting, Jimmy tried to vote at the Mass Meeting despite being in difficult health, and on oxygen. Unable to navigate the stairs to reach the ballot box, he asked for someone to be allowed to place his vote in the box for him. The Longo/Wagner/Stolle faction, including uniformed law enforcement offers, denied him this. Then they denied his request that the ballot box be brought to him, effectively telling this 30-year veteran of our nation’s service that his vote was not wanted. Mr. Hargrove, who at one time served in a segregated Marine Corps, is not unfamiliar with this kind of injustice, but he is most certainly undeserving of it.

So what did Chairman Ken Longo do when presented with a challenge to his Ray Allen-engineered slating?  First, he apparently tried to keep the meeting a secret from all but those who supported the slating. Then, when that didn’t work, and when more people who opposed slating showed up to hear the contest, Longo apparently decided it would be best not to have a vote on the contest, and instead moved to quash it by disclaiming any valid authority to hear the appeal:

This is only going to take about 5 or 10 minutes of your time…I’m going to read a statement, and then we’re going to quickly adjourn.  The City Committee has no authority to overturn the results of the mass meeting conducted on March 10 of 2014 at Cox High School.  The appeal that you have in your hand is out of order and the remedy sought is not in authority under the state Party Plan.  With that being said, ladies and gentlemen, that concludes our meeting.

The problem with that? Well, under Article X of the Republican Party of Virginia Plan of Organization, “Each Unit Committee shall decide all controversies and contests arising within its jurisdiction.” That means that the Virginia Beach City Committee has original jurisdiction over all contests relating to the Virginia Beach Mass Meeting. Rather than hear about this from Dan Rodgers, the attorney representing the 106 signatories to the appeal, Longo and the Virginia Beach sheriff had Rodgers forcibly removed.

Making matters worse, Longo was among the hundreds who received guidance from the state party ON FRIDAY that contests like this must originate in the unit committee, and that the unit committee did indeed have jurisdiction. From RPV’s guidance circulated last week to unit chairmen and State Central members:

According to the Party Plan, a contest relating to a Mass Meeting, Party Canvass or Convention held by a unit should be brought to the unit committee for that unit. Anyone adversely affected by the unit committee’s decision may appeal the decision to the district committee. An adversely affected party may then appeal the district committee’s decision to the State Central Committee. Chairman Mullins has indicated that a special committee will review the decision and provide a recommendation to the State Central Committee for action at its meeting on June 6.

So, at best these actions in Virginia Beach display a willful ignorance of the process. At worst, it displays a despicable and shameful effort to bury a legitimate contest in additional layers of red tape. Roberts Rules has a term for this type of tactic: dilatory.

We hope that the Second District Committee will recognize that by its refusal to act, the Virginia Beach City Committee has in effect refused to grant the relief sought, and find that the appeal that comes before it tonight is procedurally sound and proper. The tactics of delay and obfuscation on display by Chairman Longo should not be condoned or rewarded. These 106 people should be heard.

I am told that Mr. Hargrove is now in a coma, and is unable to attend to the vindication of his rights at tonight’s Second District meeting. I hope those who will hear this contest tonight will keep this veteran at the front of their minds when they pass judgment on the despicable tactics of the Slate-master and his allies in Virginia Beach.

Ken Longo’s actions are beneath contempt. It is high time Virginia Beach dethrone Frank Wagner and the Stolle Trolley.

Ken Longo is exhibiting contempt for the members who dare attempt to unveil who he really works for, and it is not the membership, it is a few rich white old electeds and their cronies who are in it for their own selfish need to control the power of local politics.

Using the “white” descriptor adds nothing to your commentary.

Have Kenny Longo, Stolle and Wagner become Banana Republicans? It appears they have! https://www.youtube.com/watch?v=kVfrIfwXFSQ

And this is why I am no longer a Republocrat. They are no different than the demorats.

If you want things to be different, this is the reason we need you involved in the Republican Party, so that the reformers will have the numbers to overpower the corrupt, entrenched political class.

If you “join” the Party you agree to support whomever they run under the Party label. Therefore, you are agreeing to support and continue the problem. For example, the Republican Party COULD run a sex offender or murderer and expect you to support them! That is how the establishment gets away with such behavior.

There is no requirement for party members to support party nominees. The only requirement along those lines to my knowledge is if you wish to be a delegate at a convention, you can’t have recently supported a different party by participating in its nominating process. Even as a convention delegate, you are not bound to support the winner.

If the nominees want your support they have to earn it the old fashioned way – by representing your interests.

Stay engaged Kimber…we need to work to restore OUR republican party. Its been hijacked (in some areas) by those that don’t live/act by the creed. Don’t just give it away…fight for what’s yours!

I will also join you in prayer for Mr. Hargrove’s recovery.

my question is–why if the people in charge ‘know how to win’, then why are they throwing so many people under the bus?–if their views are valid, then why not convince the people, wanting the republican party to grow, that their views are the right ones, instead of throwing them out?–isn’t unity what is needed and desired?–I thought that only the democrats, under OBAMA, demanded blind obedience?

The tactics used by Delegate Chris Stolle for the benefit of Senator Frank Wagner are similar to those Harry Reid used to get Obamacare passed.

The tactics used by Delegate Chris Stolle for the benefit of Senator Frank Wagner are eerily similar to those Harry Reid used to get Obamacare passed.

Gangster leadership of the RPVB, to preserve the status quo, bottlenecks its own base using groupies to ensure Frank Wagner is protected from people who opposing. After they give Wagner everything he wants, they plan to attempt to clear a path for Frank Wagner to challenge Mark Obenshain if he runs for governor.. Wagner is part of the same faction that worked against the Republican statewide ticket. This is how Wagner operates and he wants to be 2nd CD chair to consolidate power for himself and his cronies who are unencumbered by a lack of integrity.

Then the rest of us will do everything we can to work for whoever opposes Frank Wagner, especially Mark Obenshain. Looks like Kenny Longo has aligned himself with the slime side of politics. It will be interesting to see how VB Republicans view this, we’re not the only ones aghast at this behavior.

So next, the 2nd District Committee will say that VB needs to actually vote/resolve the matter and toss it back down. SCC/RPV will decline to intervene at this time, and next thing you know, wham bam thank you ma’am it will be too late to do anything about it. Been there, done that, got the scars to prove it. There is not one individual possessing both spine and testicles simultaneously that can do anything about it. You have lost your committee. What will you do about it?