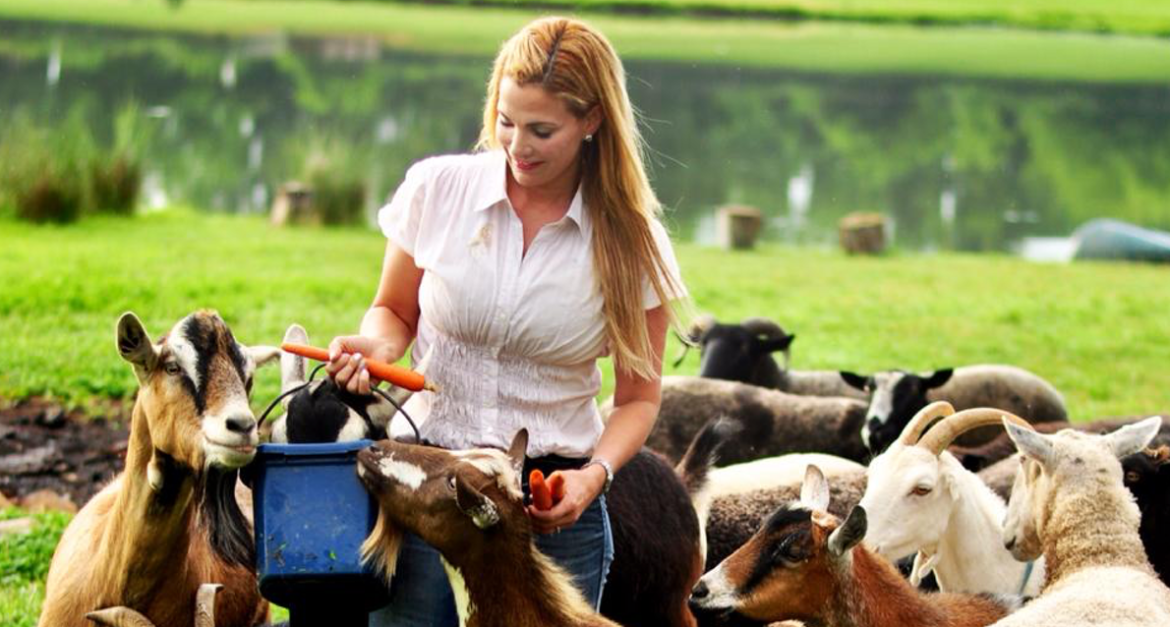 Dirty tricks in Fauquier to keep Martha Boneta off the ballot

Two days from now we will have a new Governor, Lieutenant Governor, and Attorney General.

If Sen. Jill Vogel wins the Lieutenant Governor’s race, the campaign for the Republican nomination to fill her seat will be short and furious, starting with a filing deadline just a day after the General Election and culminating in a firehouse primary on November 18th. If the last few weeks are any indication, the campaign will also become nasty thanks to former 10th Congressional District GOP Chairman, Mr. Jim Rich, and his allies.

The only declared Republican candidate so far is Martha Boneta. For those who may not know her, Martha is a resident of the town of Paris in northern Fauquier County, where she owns and operates Liberty Farm. She is well known in Republican circles as a champion for freedom in the battle over land use rights, and because of this she is widely despised by some in Fauquier due to her long running battle with the Piedmont Environmental Council and two of their members. This battle is too complicated to explain fully here, but if you search the internet for Martha Boneta you can learn all about it.

Jim Rich and his allies are looking to use trumped up charges and innuendo to prevent Martha Boneta from ever getting on the ballot to run for Senate should Jill Vogel win tomorrow. One way they are doing this is by accusing Martha of donating to a non-Republican candidate running against a Republican. No proof of this allegation has ever been produced, yet they are hoping to use this lie, combined with improperly removing her from the Fauquier County Committee, in a pitiful attempt to derail Martha Boneta’s candidacy before it begins.

They are also spreading another lie that Martha is not registered to vote in Fauquier County, and rumor has it they may even try to prevent her from voting for Governor tomorrow. This is a matter of public record, and is not disputable: Martha Boneta is registered to vote in Leeds precinct in Fauquier county which is where Paris is located; period.  Unfortunately, that may not stop a corrupt machine in a small county from trying to railroad an honest, private citizen.

Suffice it to say, PEC surrogates have been trying to destroy Martha Boneta for a very long time, and this is where Mr. Rich comes in.

For those unfamiliar with Fauquier Republican politics, Mr. Rich has controlled the Fauquier County Republican Committee (FCRC) for many years, and the primary reason the committee leadership does everything they can to maintain iron fisted control over the membership is to protect the interests of the PEC. In a largely Republican county, the person with the “R” after their name wins; the FCRC controls who gets to run as a Republican, and therefore they control who sits on the Board of Supervisors. The Supervisors appoint the heads of all the committees and commissions that run the county, and so having PEC friendly supervisors ensures the no growth policies of the PEC are protected through the county government.

Mr. Rich uses any means he can to keep the committee as small as possible, and stacked with PEC cronies, some of them undeniable Democrats such as Leslie Cheek III who is the founder of, a board member of, and a donor to, the Virginia League of Conservation Voters who donates millions of dollars to Democrats, including Northam, Herring, and Fairfax this year.

He is also not adverse to working with, and using Democrats to win elections; whether it is a Party canvass or local election for Board of Supervisors.

A perfect example of Mr. Rich’s idea of the “The Big Tent” occurred in 2014 when Mr. Rich and his friends actively recruited Democrats to vote in the Biannual Canvass; a clear violation of the Republican Party of Virginia’s Party Plan.

There was an appeal that went all the way to the State Central Committee, and when Mr. Rich lost by two thirds vote of the SCC, the SCC mandated a new Canvass to be run by the RPV.

In the end, they delayed the new canvass for nearly two years, cost the RPV over $70,000 when the RPV was already nearly bankrupt, and then dropped the suit the day before it was to go to court where they would have lost.

Part of his strategy for keeping the FCRC small is to eject anyone who disagrees with him. This is exactly what happened in 2015 to Martha Boneta, Rick Buchanan, and former Supervisor Lee Sherbeyn. All three are good Republicans, but because they oppose Mr. Rich and his tactics, they were summarily removed from the committee on trumped up charges, without the required hearing in front of the committee and without a chance to refute the charges.

Supervisor Sherbeyn had been an ex officio member of the FCRC until he lost in a primary that saw Mr. Rich working with known Democrats to recruit Democrat voters to defeat Sherbeyn. Sherbeyn had been the only Supervisor who stood up to the PEC, and Jim Rich’s mission was to take Sherbeyn out in favor of a PEC member whom they recruited to run for Supervisor.

All three of these members; Boneta, Buchanan, and Sherbeyn simply received a letter in the mail saying they had been “deemed to resign” from the committee on the say so of Chairman Kay Hayes alone.

Because the next Biannual canvass was just a couple of months away, there was no opportunity for them to refute the charges through the appeal process, and no doubt Mr. Rich will try to make a case out of this in the upcoming primary for Jill Vogel’s seat.

There was a short period of time after she had been ejected from the FCRC when Martha changed her registration to Fairfax County.  Martha was born and raised in Vienna, and she wanted to be a member of the Republican committee there while she was caring for her father and ailing mother, but she has since changed her registration back to Fauquier where she has voted for years.

There are whispers that Mr. Rich has other tales to tell, and it is unclear who he is working for at this time.  Whoever it turns out to be, make no mistake; Mr. Rich will make this race into a nasty affair as he always does.