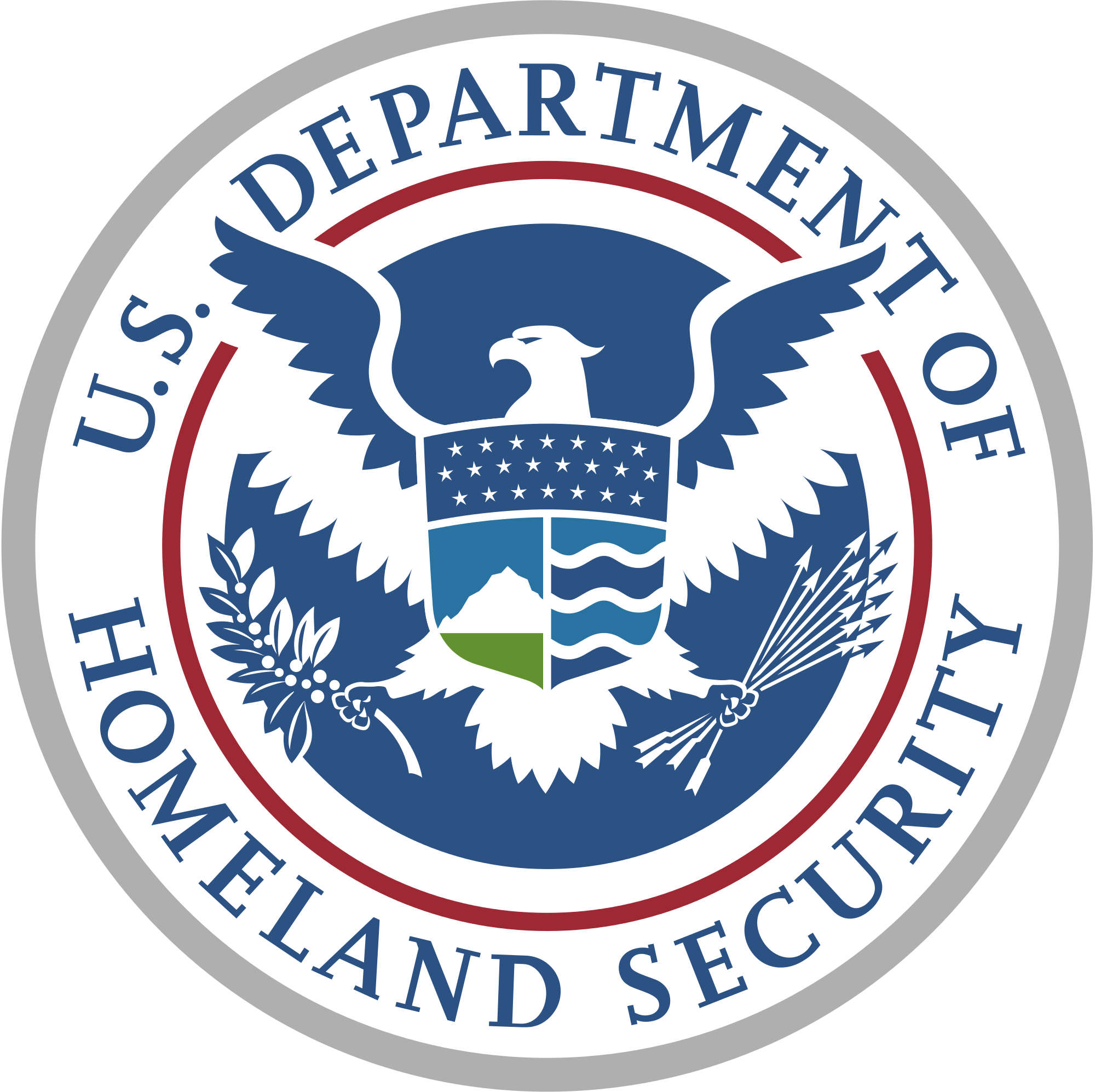 Do You Feel Safe Yet? 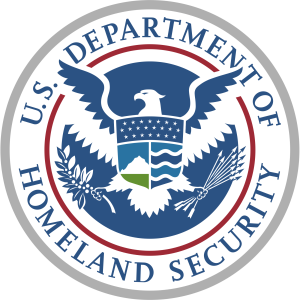 A few days after the deadly Islamic terrorist attacks in Paris, the Obama Administration vigorously defended its refugee screening process as “rigorous and safe.”

Nothing like this could happen here in the United States, right?

Ultimately, it doesn’t matter if a bigger attack was planned, although if I’m right we were lucky to avoid a lot more carnage, because Syed Farook couldn’t keep his temper in check. But what does matter is that the Administration’s assertions about its refugee screening process being “rigorous and safe” is apparently nonsense.

On December 16 – a couple of weeks after the San Bernardino attack – The Hill ran a column by a retired Department of Homeland Security explaining how that same screening process failed the San Bernardino victims and failed America.

Philip Haney was a targeter at DHS who worked to identify terrorist networks and “connect the dots” between lesser known groups and individuals moving about and operating freely in the United States. He and his colleagues focused on individuals, mosques, Islamic Centers, and schools involved in radicalization efforts – mosques such as the Dar Al Uloom Al Islamiyah Mosque in San Bernardino where Farook worshiped and was well-known to the congregation and leadership. And probably mosques such as the infamous Dar Al-Hijrah Islamic Center, located just a couple of miles from my house, where the thankfully droned into oblivion Anwar al-Awlaki spewed his poison.

Haney had these types of groups in his sights, including the Islamist group al-Huda.

Another focus of my investigation was the Pakistani women’s Islamist group al-Huda, which counted Farook’s wife, Tashfeen Malik, as a student. While the al-Huda International Welfare Foundation distanced themselves from the actions of their former pupil, Malik’s classmates told the Daily Mail she changed significantly while studying at al-Huda, gradually becoming ‘more serious and strict.’ More ominously, the group’s presence in the U.S. and Canada is not without its other ties to ISIS and terrorism. In 2014, three recent former students at al-Huda’s affiliate school in Canada, aged 15 to 18, left their homes to join the Islamic State in Syria.

Haney says between Farook’s involvement with the Dar Al Uloom Al Islamiyah Mosque in San Bernardino and Malik’s involvement with al-Huda, the dots would have been connected, and additional scrutiny would have at the very least been indicated; maybe it would have led to a denial of Malik’s K-1 visa, or even gotten Farook placed on the No Fly list, perhaps in time to stop the attack, but that was not to be.

DHS shut down the investigation at the request of the Department of State and DHS’ own Civil Rights and Civil Liberties Division. They claimed that since the Islamist groups in question were not Specially Designated Terrorist Organizations (SDTOs) tracking individuals related to these groups was a violation of the travelers’ civil liberties.

Islamist groups, who need to be thoroughly investigated before being placed on the list, were barred from investigation because they’re not on the list. Well, that makes all the sense in the world.

Worse yet, DHS went back and deleted all the records of Haney’s investigation, and after the latter brought his concern to the Inspector General, as well as several members of Congress, he was subjected to adverse actions and investigations, even though his work was exemplary, as detailed in this letter of commendation he received in June 2012. Thankfully, none of retaliatory investigations found any wrongdoing, and Haney was allowed to honorably retire from government service.

But the story doesn’t end there. Or rather, it doesn’t start there.

Remember the Crotch Bomber? Right before the unhinged jihadist tried to blow up a plane with an explosive packed in his panties, but instead set his own genitals on fire prior to being captured, DHS went on a record and research scrubbing spree.

Just before that Christmas Day attack, in early November 2009, I was ordered by my superiors at the Department of Homeland Security to delete or modify several hundred records of individuals tied to designated Islamist terror groups like Hamas from the important federal database, the Treasury Enforcement Communications System (TECS). These types of records are the basis for any ability to “connect dots.” Every day, DHS Customs and Border Protection officers watch entering and exiting many individuals associated with known terrorist affiliations, then look for patterns. Enforcing a political scrubbing of records of Muslims greatly affected our ability to do that. Even worse, going forward, my colleagues and I were prohibited from entering pertinent information into the database.

A few weeks later, in my office at the Port of Atlanta, the television hummed with the inevitable Congressional hearings that follow any terrorist attack. While members of Congress grilled Obama administration officials, demanding why their subordinates were still failing to understand the intelligence they had gathered, I was being forced to delete and scrub the records. And I was well aware that, as a result, it was going to be vastly more difficult to “connect the dots” in the future—especially before an attack occurs.

Who knows how many attacks could have been prevented had the DHS been allowed to continue its work?

No one does, because political considerations apparently trump national security in our country.

Look, there’s a very fine line between invasion of privacy and infringements on individual rights. The U.S. national security apparatus and the dedicated, committed people who work in our intelligence community and law enforcement walk that line carefully and diligently every day. An untold amount of work is done by the inter-agency before any individual or entity is sanctioned as a terrorist, or gets placed on the Specially Designated Nationals list. Legal review, leadership review, coordination with other agencies in the government. Placing an individual or entity on the SDN list is no joke, unlike some… other lists we’ve seen.

Intelligence professionals have to go through massive amounts of training. They have to learn how to safeguard personal information, whom they are allowed to collect on, what to report and how to report violations, and other agency-specific training to ensure that the rights of the people are balanced with the need to protect our nation. Their analyses are constantly challenged. Did you consider alternatives? Was your assessment based on a variety of corroborative sources? Were these sources credible? Given the fiasco that ensued after the now infamous Iraq WMD National Intelligence Estimate was published in 2002, and the subsequent Iraq invasion, it is no surprise that the Intelligence Community is much more cautious about its tradecraft.

This is all necessary, there’s no doubt. The rights of the people have to be protected.

But at the same time, ordering law enforcement and the intelligence community to scrub years of investigative research into violent extremists with obvious links to savage jihadists whose goal is to launch attacks against the United States, because they might somehow disturb a political narrative or result in some nebulous alleged “violations” of someone’s rights, is a dangerous policy. Fact is that researching a mosque’s, a group’s, or an individual’s links to terrorist organizations violates no one’s rights. If law enforcement is not allowed to do said research, or if said research is nixed due to political considerations, this nation is in danger. 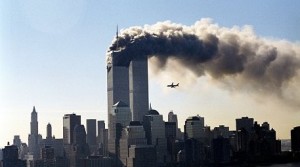 This is not an exaggeration.

After the September 11, 2001 attacks, a rigorous review by the 9-11 commission revealed that lack of information sharing was partially responsible for our failure to prevent the attacks, as was not watchlisting future hijackers and not trailing them after they traveled to Bangkok, and not informing the FBI about one future hijacker’s U.S. visa.

But that’s not all the report revealed. The commission’s findings also said we did not discover fraudulent statements made on visa applications and failed to detect fake passports.

The work Haney and his colleagues were doing would likely have been helpful in identifying terrorist links, and if shared with other agencies, would have probably helped prevent future attacks. But instead DHS was ordered by the Administration to toss out its research. It will not be shared with anyone, and that could result in disaster.

Apparently, this administration has learned nothing.

Do You Feel Safe Yet? was last modified: February 8th, 2016 by Robert Kenyon

With the amount of MS-13 on jobsites in new subdivisions people are unaware and should say no. We carry on the job because of the international criminals .
Hey maybe we can pass uranuim mining in Virginia and the Syrian Refugees can mine it , the central american illegal aliens have the Va. Construction Industry locked up and are working as unlicensed contractors aren’t they Senator DeSteph { SB483 protecting the contractor from employing illegal aliens } , DeSteph also worked with homeland security.
You and your children are not safe with lame, weak a$$ legislation like this , c’mon el’ DeStepho stop protecting illegal commerce.