Documenting your vote: more important in light of problems in Virginia Beach

As pointed out by Steve Albertson, the Rigell campaign is facing problems with touch screen voting in Virginia Beach.

As I indicated last week, taking pictures of your official ballot is likely regarded as a misdemeanor in most jurisdictions in Virginia.[read_more]

Although I am firmly in the camp that believes that the Virginia Beach touchscreen problem is due to a calibration error and not a liberal plot, this would be nothing more than an unsubstantiated rumor if a voter had not (supposedly illegally) filmed him or herself utilizing the touchscreen.

Virginia law does not prohibit photography in the polling place, but does prohibit making copies of an official ballot.  Here in Fairfax, election authorities have continued the absolute prohibition on use of electronic devices capable of taking pictures for election 2014. 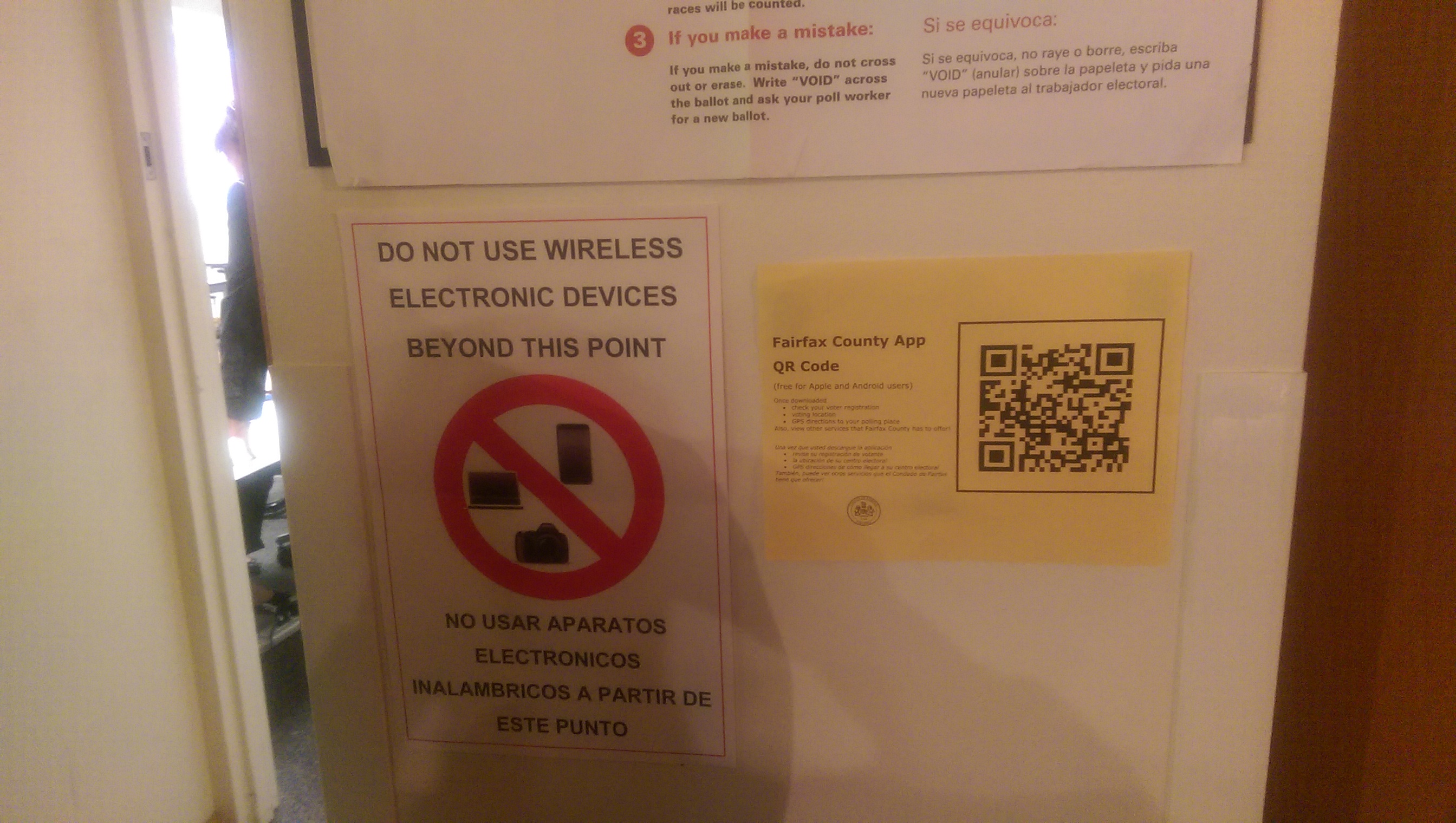 Perhaps one of the victims of voting machines in Virginia Beach will become the prosecutorial test case, or maybe we can get rid of laws that hinder documenting your vote…

Documenting your vote: more important in light of problems in Virginia Beach was last modified: November 4th, 2014 by Paul A. Prados

I always take a picture of my ballot, but my battery died this time.

Happening across the country in many states including my home town of Severna Park Md. I have never heard of this happening on this scale and find it disturbing. I think we need to get rid of touch screen voting and go back to filling out paper ballots which can be scanned.
As far as I know taking a picture of the screen is not against the law or it is a gray area. I applaud who ever does it and I think they should keep doing it. It is worth having proof otherwise the Dems will expand this operation.