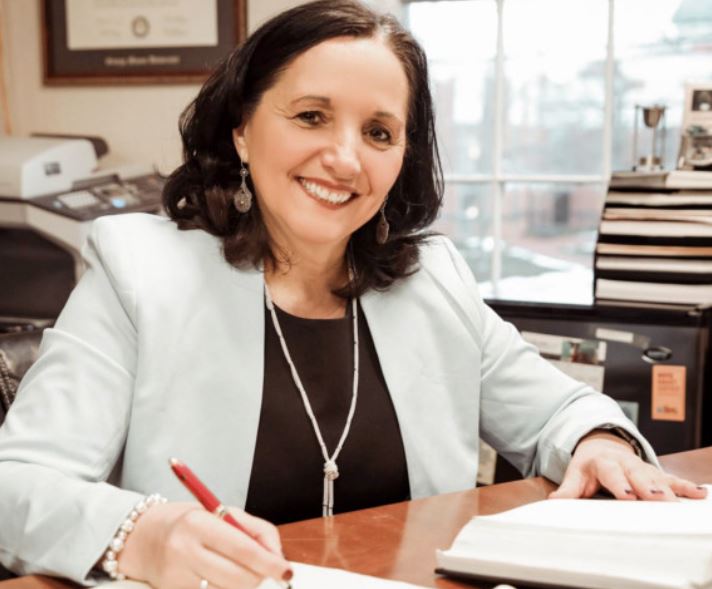 Loudoun County, which still manages to elect Republicans to office on occasion, now vies with Arlington County and the City of Charlottesville for the title of the Berkeley of the East Coast. Over and above a super-woke school board which is implementing critical race theory in classrooms, Loudoun in 2019 elected a super-progressive commonwealth attorney, Buta Biberaj.

A signatory member of the Virginia Progressive Prosecutors for Justice, Biberaj is dedicated to ending “mass incarceration,” and one means to do that is to reduce the number of prosecutions for domestic violence.

In recent budget work sessions, county supervisors cited a statistic that out of 735 cases, Biberaj’s office dismissed 491, reports The Virginia Star. By another count, as her office shifts from prosecution to counseling as a tool to deal with domestic violence, Biberaj is bringing only 8% of cases to trial.

“Our office is all about community values. The people of Loudoun County voted a different administration into office so that we could do things differently,” said Biberaj. “The old way of doing cookie-cutter things where we’re just processing people is no longer valid because ethics values show that that does not show value for our community.”

She said her goal was to allow people to remain in community, at work, and in their families as much as possible. She said that domestic violence cases range from pushing someone to violent beatings. “It’s that full spectrum. We’re very fortunate in Loudoun County. We don’t have the significant harm ones,” she said. “A person that’s being physically violent, I assure you that those are being handled appropriately.”

Board of Supervisors Chair Phyllis Randall is not impressed.

I’ve talked to our non-profits, especially the Loudoun Abused Women’s Shelter, and the things that I am hearing do not comport with the things you are saying, most especially when it comes to domestic violence abuse and partner abuse,” she said. “In fact, the things that I am hearing, the letters I have, the emails I have, the text message screenshots I have would curl somebody’s toes to look at them. They are frightening in many many ways.

I am a substance abuse mental health therapist, and my entire career has been with offender populations. That’s all I’ve done my whole life. I know what I’m looking at, and I know with the previous administration, I never saw those things.

Since this office has come in, the number of victims, and I mean domestic violence victims, who have reached out to us has been bloodcurdling.

Bacon’s bottom line: I’m highly skeptical that Loudoun County can make significant inroads against domestic violence through counseling. But that’s just what my gut tells me. What do I know? Let’s see the data. Has Biberaj’s approach to domestic violence coincided with an increase or decrease in violence against women?

Unfortunately, crime data is not readily available. The Loudoun County Sheriffs Department does not break out “domestic violence” as a separate category in its published crime reports. Perhaps the department should start compiling that data.

Another possibility is collecting information from the Loudoun Abused Women’s Shelter (LAWS), which maintains a crisis hotline. How many calls are coming into the hotline? How many women are admitted into the shelter? How many cases require hospitalization? If LAWS compiles that data, it does not publish it on its website.

Even if that data were reported, the discussion would not end. If domestic violence has increased over the past year, how do we know that’s not due to the COVID-19 lockdown confining people at home? (I’ve reported on research showing that people are drinking more at home, which is leading to more domestic violence nationally.) We’d have to compare trends in Loudoun to trends elsewhere in Northern Virginia, the state, and the country.

Biberaj’s approach strikes me as scarily anti-woman. I’m sure she would argue otherwise. The only way to cut through the arguments and counter-arguments is to gather the data and determine conclusively what is happening.