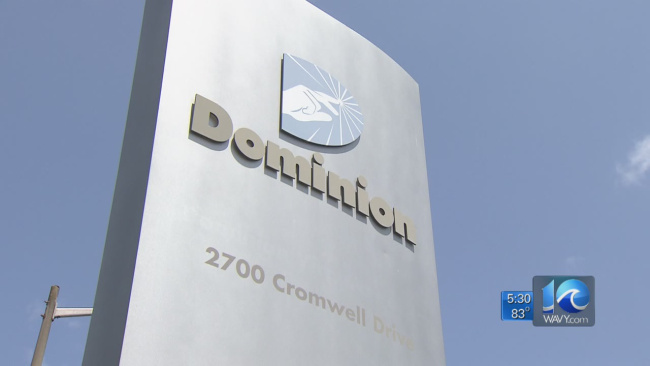 “Artificial monopoly is downright plunder. It produces evils that otherwise would not exist. It inflicts hardship on a considerable part of society, because it often includes the most vital articles. In addition it gives rise to resentments, hatred, reprisals, all the fruits of injustice.”

One of the most expansive tax increases in recent years is winding its way through the Virginia General Assembly and no one outside of Richmond is talking about it.

In 2015 the Virginia General Assembly froze both our electric utilities’ energy rates at a high level and the refunds to electric customers for overcharges. They did this out of a fear that President Obama’s Clean Energy Plan would create electric utility costs to skyrocket. A few skeptics in the General Assembly warned at the time that this was a bad idea and that Virginia ratepayers (i.e. anyone who pays an electric bill) would be footing the bill instead of the cost rightly being borne by the publicly traded companies’ shareholders and investors. Thus, Virginia ratepayers would lose out on millions of refunds they were justly due.

These skeptics were correct. In the intervening years, the State Corporation Commission has estimated that Dominion Energy and Appalachian Power customers in Virginia have missed out on nearly a billion dollars in overcharge refunds. Now Dominion wants even more.

After President Trump was elected and the Clean Energy Plan was cast aside, it became clear that Dominion had no leg to stand on in calling for a continuation of the rate freeze so they came up with a great idea: Repeal the rate freeze…but not really.

I won’t get into the weeds because it can get complicated (that’s likely on purpose), but you can read the State Corporation Commission’s scathing review letter on the Dominion Bill here or read this Op-Ed by Senator David Suetterlein that explains the situation really well. Here are the highlights:

– Customers will initially get one-fourth of the total refund they are due from the last year (largely as a result of President Trump’s tax reform savings).

– Customers will only get refunds going forward if Dominion and ApCo don’t spend the amount ratepayers are due on their own infrastructure and green energy projects. This provision incentivizes energy monopolies to spend the refund money on their own projects. Do you think we’ll see a penny? Extremely unlikely.

– On top of not getting refunds, if the money is reinvested by the utility companies, customers will also be charged rate increases, in the long run, to pay for those capital projects that their refunds are already paying for. Essentially, electric customers will be DOUBLE CHARGED in their bills.

The State Corporation Commission said unequivocally about this legislation that, “These regulatory restrictions could result in billions of dollars in additional costs that will be paid by customers in higher rates.”

This is cronyism at its worst, but not only that, this proposal, in effect, is a massive tax increase on Virginians. In fact, this is actually worse than a tax increase because those only affect taxpayers. This would affect every single Virginia family and business that pays an electric bill.

But here’s the thing: our Virginia General Assembly members have not been hearing from their constituents on this issue. Senators David Suetterlein (R – Roanoke County), Chap Petersen (D – Fairfax), and Del. Lee Ware (R – Powhatan), have been fighting the Dominion Bill all session and we need to back them up.

The Senate’s version of the Dominion Bill passed the Senate Friday on a 26 – 13 vote (you can see how everyone voted here, and I am very grateful that my local Senators, Peake and Newman, had the courage to vote against this heavily lobbied bill). The House version will be on the floor tomorrow (2/13) and then each chamber has to pass the others’ version before the end of session so there is still a long way to go, but now is the time to act.
So the question comes down to this: should you get a refund when overcharged on your electric bill or should the electric monopoly get to keep the money for projects?

EVERYONE, regardless of political party, needs to call and email their Delegate and Senator ASAP and tell them to vote NO on SB966 and HB1558. You can find your legislator’s contact info by going here: http://whosmy.virginiageneralassembly.gov/

Also, if you have friends at AFP, Middle Resolution, Campaign for Liberty, or any other advocacy group on the right, contact them and tell them they need to stand up and fight this cronyism. If you have a large email network, blast out an emailing telling your friends how urgent it is that they contact their legislators.

Things have been unusually quiet this session from what I’ve heard and that’s usually a bad sign. Now is the time for conservatives to get activated like they used to so we can defeat the largest Virginia tax increase in recent memory.

Christian Raymond is a past chairman and current Executive Director for the Lynchburg Area Young Republicans, as well as current Secretary for Virginia Families, LLC. Follow him on Twitter @youngbastiat

I have complained, posted, warned, exposed, our power company form of government for nearly 10 years. While others just laughed. You people are just wasting your time

1) You people are just plain stupid. You are far to divided to agree on a leader to guide you out of the wilderness. You abandoned any moral compass long ago.
2) You will not cross party lines to remove members of the corruption based Virginia GA.
3) You will not resort to violence. Most of you are to fat, lazy, and out of shape, to run anything but your mouth even if you wanted to.
4) You refuse to spend the money necessary to legally bribe members of the GA to vote against Dominion.
5) Its hopeless. You are getting exactly what a corruption based, everybody else is doing it society deserves.

So, you people will not only take what Dominion gives your sorry asses, you will also like it!

Wasn’t there a Bill before our General A$$ embly that would prevent campaign money for personal use?
Who voted for it? Who?
Did anyone vote down? Who?
Post their names here on this site.

Cronyism?
Is this State full of cronyism? Or just a
simple Corporate and Legislative welfare State?
It appears that living off the tit of the public is more lucrative than honestly representing the people.
“We the People” , have allowed this facetious leadership for well to long.
I told you the Swamp has overrun her banks and floods our
General A$$ embly.

Good job Christian! But I need to correct one thing – the Virginia Tea Party has been extremely active this session. A huge number of Voter Voice messages and Facebook posts have been sent on these bills (and other legislation). We have reached thousands of voters, but our voices are being drowned out by the huge campaign contributions these legislators receive. We have email lists in excess of 100k and know legislators are hearing from us. Check it out – https://www.facebook.com/VTPPF/.

You also might want to check out http://www.bluevirginia.com. They also have been extremely critical of this legislation.

Contact your Senator and Delegate and either thank them for a NO vote, or ask them how they could have voted YES, which is against consumers.
Unless they understand we will hold this vote against them in 2019, they are going to take the Dominion money and vote against us.
I’m grateful for a NO vote from Senator Peake, but very disappointed in a YES vote from Delegate Ware,

Yes – you are correct Young Bastiat! The votes on HB1558 that I posted yesterday were in regard to an amendment – not the final passage of the bill.

Good work, Christian. A supposed private company and its shareholders are being artificially shielded. ‘Too big to fail’ isnt a tenant of capitalism

Gℴogle is paying every one 98 dollars/hr to do some small tasks from the comfort of home .. Labor Some only few hours in a whole day and spend more time together with your relatives . Any person can also do this possibility!last Saturday I purchased a great Ford Mustang after I been making $9002 this-past/six weeks .it is absolutely the easiest job however you wo’nt forgive yourself if you do not have a peek at it.!xf66c:=>=>=> http://GooglePrimeSmallBusinessOpportunity/getpaid/$97/hr… ♥♥d♥v♥v♥♥e♥♥a♥f♥g♥♥♥x♥♥e♥♥d♥♥♥z♥♥♥l♥g♥♥w♥♥g♥♥v♥♥n♥♥w♥u♥♥m♥♥♥b♥♥e♥a♥♥b♥u::::!yf193b:ohuke