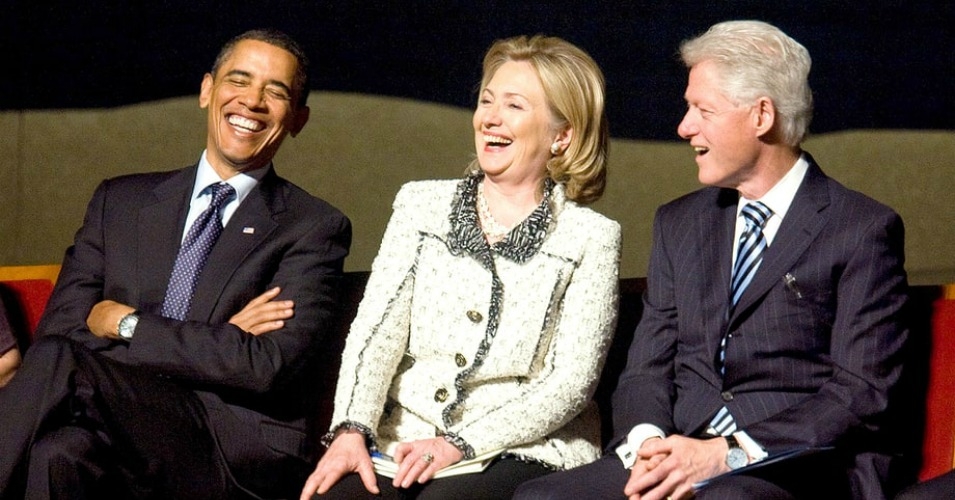 Trump is the luckiest man alive politically because of the abject stupidity of his enemies.  Trump goes to NATO, and tells the Europeans that they need to step up and pay their fair share, and the entire DC establishment goes nuts.  Trump tells the Germans that they are helping keep the Russian regime afloat and the establishment of both parties tells him that he is going to cause a war.  Then watch the same DC establishment of both parties (including John McCain) freak 2 days later when Trump doesn’t start a fight with Putin during a joint press conference.

Watch the liberals defend Peter Strzok (he who thinks that everyone who lives in Loudoun is a hillbilly) and his disgusting smirk –seemingly not being able to notice that Agent Strzok is being mocked by most everyone outside the Beltway as an arrogant condescending jerk.  Yet CNN and the inside the Beltway elites are unable to see what is happening in their country time and time again.

On Election Night 2016, Tucker Carlson made a rather brilliant statement.  He said that he can not get over the contempt that the ruling class has towards the average American.  And gave anecdote after anecdote of just how little respect those inside the Beltway have for anyone who does not share their bizarre ideology.  One of his better stories was how the lifespan for the average American decreased during the Obama years – and no one in the American intelligentsia seemed to care about that fact.

Yet these people will on the one hand protest illegal aliens being separated from their children after being detained (something that usually occurs when committing a crime) yet are perfectly ok funding Planned Parenthood aborting unborn babies who would be viable outside the womb.  The average American, and even the average liberal would suggest that our borders need to be somewhat secure, yet the Democrats are nominating more and more candidates who believe that ICE needs to be done away with as an agency. You tell a member of the foreign policy elite that our NATO allies should be willing to step up to pay for their own defense, and they will reply back with the terms:  RUSSIAN STOOGE YOU HATE OUR ALLIES AND SUPPORT PUTIN. Asking someone who can afford to defend themselves to actually defend themselves is not being a Putin stooge. It is sound fiscal practice.

While Kavanaugh was not my 1st choice to replace Kennedy, the fact is that he is a decent man with a beautiful family who does seem to be a strict originalist when it comes to legislating from the bench.  However the “upper crust” seems to think that the Kavanaugh family is fair game because they look nice and are properly dressed.

The average American may be somewhat put off by Trump’s in your face behavior, but they can see that he does care about their families and that he does care about the USA and making sure that our country not forget our roots and there is such a thing as American exceptionalism.  Where the Never Trumpers in the GOP and pretty much every Democrat activist is either signing onto getting rid of ICE or tacitly backing that by suggesting that we need to support Democrats to stand against Trump.

Victor Davis Hanson explained it brilliantly when he said – these people are offended by Trump because he uses the words GREAT, HUGE, and AWESOME over and over.  And that these people look down on Trump (and each of us) because since we voted for Trump, we are obviously incompetent fools who need them to run the country for us.  Even though they ruin everything they touch. They promise to build a border wall and then refuse to find the money to do so.

And Trump’s genius is really not genius at all, but Trump is doing something that we expect people to do – keep their promises to us.  He has all but killed off ISIS, we are getting originalist judges, we are seeing more money come back to us, soon we may be no longer subsidizing the European’s social welfare programs, the list goes on and on.  Minority unemployment is at record low levels. Can you spell W I N N I N G?

So George Will, Steven Brodie Tucker, Steve Schmidt, Bill Kristol, Mike Murphy, Jeff Flake etc – get ready for a big re-election victory for Trump in 2020.  Why? Because Trump is fixing all the messes that the DC establishment has made since the late 1980’s. And showing that it really is all about the man at the top.  And how the Establishment is only out for themselves, and how these supposed “conservative commentators and intellectual giants” are not interested in us, but in their own paychecks and little more.   And try as hard as they may, they’re really not all too smart.