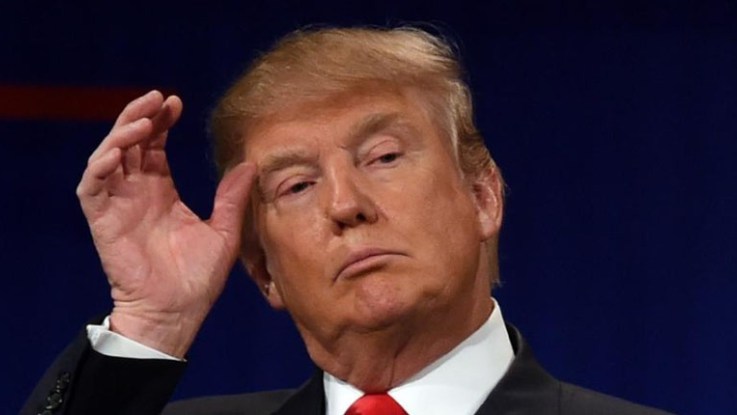 The last 24 hours have been difficult for me, as I watched Donald Trump and his progressive populists obliterate all the reforms offered by Morton Blackwell and the conservatives. This unity pact between Donald Trump, the progressive populists, and the establishment served to put an end, once and for all, to any unified grassroots effort to establish authority within the Republican Party.

Donald Trump has accomplished something the establishment never could. His candidacy has irreparably divided the factions within the conservative movement. While many conservatives may not be willing to accept it, I believe that the national conservative movement is dead. So, for the last 24 hours, I have been mourning the death of a movement I believed would eventually lead to important reforms within the Republican Party, ushering in a period of growth and responsible governing.

The sense of betrayal felt amongst many conservatives has reached beyond its tipping point and all the kings men won’t be able to put these old alliances back together again.

However, anger only leads to the desire for revenge and political retribution, furthering the civil war between the factions, and ultimately weakening the Republican Party as whole. While I will never forget the people responsible for making this happen and while I will never forgive the progressive populist movement for its role in the unraveling, I will not allow these tragedies to affect what it is I want to accomplish within the party.  This long-suffering civil war within the Republican Party has taken its’ toll on the establishment as well and millions of Republicans, especially conservatives, who just ten years ago were not active in politics and who did not have relationships with their elected officials, are now permanent pieces on our political chess board.

We don’t need leaders of a movement to tell us what policies to advocate for anymore. We don’t need national organizations to explain to us how to get our representatives attention.  The last sixteen years have been instructive and those who want change badly enough to get involved are already involved. I trust in the individual conservatives, constitutionalists, and libertarians, who have taken an interest in Republican Party politics and who are committed to helping the GOP defeat Democrats and their liberal agenda, to support the right candidates and to continue their relationships with their elected, without having to be led to do so.

For every faction that exists within the Republican Party, there are numerous news websites, political action committees, political blogs, and social media groups to cater to their own agendas. Smart people who understand legislation, who can help interpret the goings on of Congress and the General Assembly are easy to find. Social media has made them personally accessible to the average voter and activist. In other words, the only thing we’ve lost is the illusion of a national alliance that, apparently, never really existed in the first place.

Many activists have followed and supported conservative leaders that did not fully share their principles and values because they felt they had to – because they were leading the fight against the establishment. It is clear to everyone, now, just how quickly these so-called leaders can unite with the establishment the moment it becomes convenient, so there is no reason to follow leaders we do not fully trust or respect. Chances are they’ll abandon you in the end anyway.

Our time as activists is better spent strengthening our relationships with our elected officials, encouraging them to support responsible, positive, and practical agenda’s that might actually work their way through the legislature to one day become law.

Instead of burning everything and everyone to the ground who isn’t ideologically pure, let us spend our time and energy working with our elected to get one or two bills that are important to us passed. A Republican that agrees with you on 75 or 80% of legislative and policy issues, isn’t an enemy to be destroyed, but rather a partner with whom we can collaborate.

We’ve already seen that those who speak about ideological purity are willing to sacrifice that purity the moment they catch the scent of power. Are they really worth burning our bridges with Republicans in Congress and the General Assembly? I think not.

I’m tired of the vitriol and the hate, the viciousness and the lies, the character assassinations and social media misinformation campaigns – aren’t you? I’m looking for Republican Candidates who will run positive campaigns centered around practical ideas directed toward policy and legislation that have a chance of working their way into law. These candidates don’t have to agree with me on 95% of the issues. They simply need to be committed to upholding the integrity of the United States Constitution, protecting our economy from too much debt, taxation, and regulation, and to supporting a strong national defense to keep us safe from enemies, foreign and domestic.

That’s essentially what the Republican Party had been, before it sold itself out to Wall Street, K Street, and the Federal Bureaucracy; and that’s what the Republican could be again. I can accept the imperfections. I can accept that our elected officials really do have to represent all of their constituents, and not merely one or two factions, if they want to stay in office.

In this new age of social media, we don’t need leaders as much as we used to. If you go out and fight for conservative legislation, chances are you’ll look up to find dozens of other conservatives by your side, fighting for the same thing. It’s time to stop placing our faith in national leaders. It’s time to start placing our faith in one another. It’s time to stop listening to pundits outside of our districts tell us who our represenatives are and how we should feel about them and whether or not we should support them. It’s time to develop relationships with our representatives ourselves and to decide for ourselves whether these are politicians we can work with.

The national conservative movement is dead. You are the conservative movement. You are the leader you can trust. Your informed opinions are the opinions you should hold. Your involvement is what matters. Remember, so long as you are active and fighting for your principles, when you look around you, chances are you’ll be surrounded by an army of fellow conservatives from a variety of factions within the Republican Party. Allies by your side will change depending on the issue, but you’ll always have allies nevertheless.

Carry with you a positive attitude and you’ll find representatives with receptive ears and allies who want to work by your side. That’s the future of the conservative movement in America and you will determine its destiny.