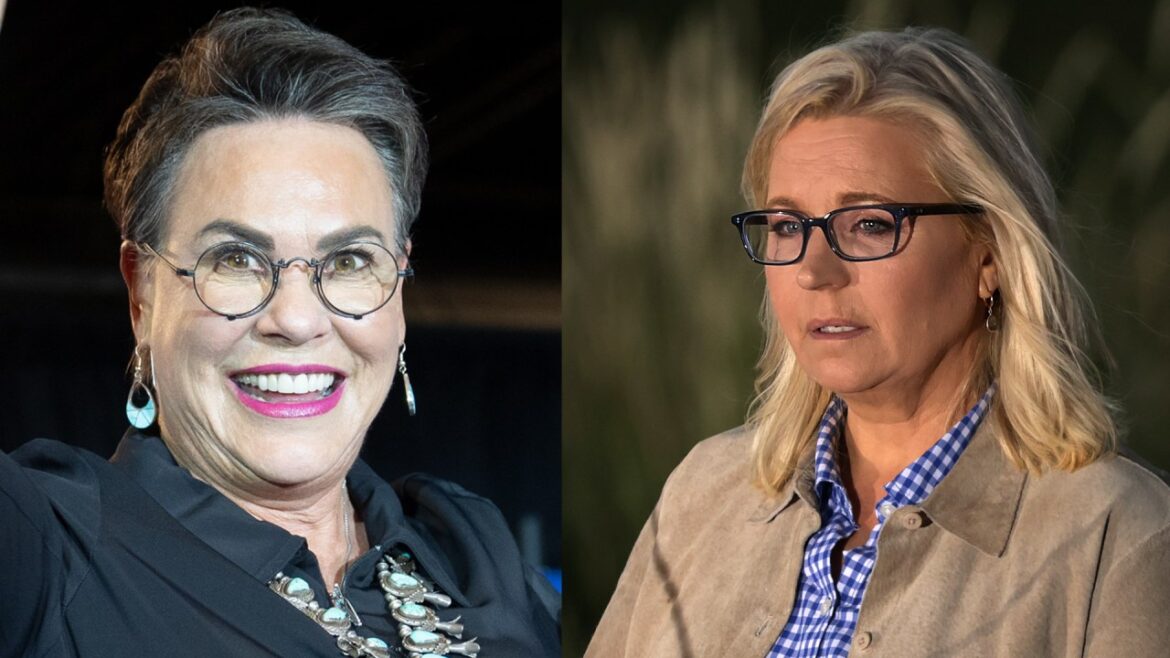 (From the 6th district newsletter)

As most of you know, Wyoming Congresswoman Liz Cheney suffered a near historic defeat in her primary.  Listening to her concession speech, you can see why she was beaten so badly.  In her concession speech, she tried to compare herself to Abraham Lincoln, and talked about how she was right and all of Wyoming was wrong.  Liz Cheney also hinted at a presidential run.  Ms. Cheney is a true narcissist. At the very least she’s delusional.

In doing this, Liz Cheney forgot the most important part of being a public servant.  She is not and was not the Leader of Wyoming, she was a representative of the People of Wyoming in Washington DC.  She was there to represent her constituents, not to impose her judgment on what her constituents wanted.

Liz Cheney was born in Wisconsin, and grew up in Northern Virginia, graduating from McLean High School in 1984.  She spent little to no time in Wyoming.  Therefore she never knew her constituents, never grew up with them, never understood them and how they think.  A good representative understands their constituents, what they think, how they feel about issues, and what is important to them personally.   Liz Cheney grew up as a privileged child of her famous father, and was unable to relate to the good people of Wyoming.

The end result?  Liz Cheney was focused on a deeply flawed January 6 Committee, while her constituents were dealing with historic inflation, fossil fuels, and an overreaching bureaucracy.  Harriet Hageman was running a campaign based on the concept of overturning the administrative state (aka Deep State), where Liz Cheney ran on going after Donald Trump.  Note this quote from Harriet Hageman:  “Fighting the administrative state will be my signature issue,” Hageman said in a recent interview. “I have fought regulators and bureaucrats in court; now I will do it in Congress.”   https://www.theamericanconservative.com/running-to-unchain-wyoming/

So if you’re a Wyoming resident, and you see one candidate representing you and your wishes in Congress, and the incumbent calling you a crank for supporting Donald Trump, who would you vote for?  Liz Cheney thought that she was above those she was hired to represent. And the good people of Wyoming, in their infinite wisdom, replaced her with someone who was interested in what happens in Wyoming, not what happens in Washington DC.  Liz Cheney did not lose because of some cult like worshipers of Donald Trump.  Liz Cheney lost because she quit representing her constituents and looked down on them.

Will Hageman do a good job?  Quite frankly – no one knows.  But we do know one thing – that Hageman says she understands what is important to the good people of Wyoming. And that if Hageman doesn’t do right by her constituents, they’ll have no qualms tossing her from office the same way they tossed Liz Cheney.

Liz Cheney will get a cushy job with CNN or MSNBC, trashing the people who originally elected her and who elected her dad on multiple occasions to Congress and the Vice Presidency.  She will make a lot of money doing this.  And will do so shamelessly.   Liz Cheney owes the good people of Wyoming everything.  And she looks down on them.  And at the end of the day, so does her father. Some in the MSM are saying that Liz Cheney is a hero and a martyr for the “cause”.  To quote The Federalist – There is nothing heroic about denying political enemies due process, or helping your constituent’s political opponents with their Stalinist show trials.  Liz Cheney never met a war she didn’t like, and sadly, some children of Wyoming or the Shenandoah Valley likely will be wounded or worse because of the war she will help start as a member and supporter of the “industrial military complex”.

A piece of advice for Ms. Hageman – listen to those who you represent.  Stay in touch with them.  Let them know what you’re thinking and why you think it.  Have conversations with your constituents.  Listen to their disagreements with you.  And remember you’re a child of Wyoming, so don’t sacrifice the good people of Wyoming for the self appointed elites in Washington DC and vicinity.

Thank you for allowing me to serve you as your Chair.

There is a new opening at Cartoon News Network… they fired Mr Potato Head, Brian Stelter… So Lizzy might get a job there… Except firing Mr Potato Head means that they want to go back to just reporting news instead of reporting their opinion perhaps… McLean Sleazy wouldn’t be a step in that direction…

yep, get rid of Cheney and elect a goddamn lunatic

Been to Lake Mead. In some places the water line is miles from the original docks.

There are a lot of fake Republicans who have, unfortunately, held too much sway in leadership positions. The Tea Party was a threat so these fakes did quite a bit of damage to it to prevent its success. Then came the MAGA movement – only this time those who supported Trump weren’t going to buy the idea that the RINOs who damaged the Tea Party were somehow going to relent. Fool me once, shame on you. Fool me trice, shame on me.

Excellent, John Massoud! You touched all the bases here Im posting it all over Facebook.

Much obliged and thanks!

Yeah John… it would be good for us peasants here in the flyover parts of the US to get a little taste of swamp money like McLean Lizzy has… What is she worth… Carlson I believe has her and her DC turd bird husband at 44 million…
I am SURE she is a great lil stock picker like Piglosi… Why she can find bargains and make millions just like Cesspool Nancy…
There’ll be a book deal… there’ll be lobbying opportunities… So McLean Lizzy won’t be missing any meals…
Good luck on your run… I love you brother… Wish I could vote for you… but I dont’ live in your district. Since I am not a Democrat that stops me!!!

Thanks for the kind words.

You can’t, Edgar… someone just demonstrated their admin powers… imagine that, an admin posting under multiple personas… amazing…

A site administrator at TBE wouldn’t know that during the Cheney/Iraq War Bush & Cheney met with Veterans Administration Representatives. During this meeting the representatives were bringing the numbers or head & dismemberment injuries to light due to IED’s.
They then stormed out of the meeting and didn’t want to hear the facts.
Cheney’s profit from Cheney’s War was more important. In his words (Cheney) I guess one could say the he is;
“A Major League A Hole”
The fruit doesn’t fall far from the tree.
Bye Liz

Just why another piece about that woman,
Miss Information in Intelligence?
It is clearly time to call for all J6 hearings to end.
This Congress, Administration and panel is not about the representation of Americans it only about false intelligence and irresponsible spending.
If inflation was at 0% last month as Clown 🤡 Biden claims then there was no need to pass the
lying legislation know as the “Inflation Reduction Act”

For Gods sakes people there is Global Warming to address;
The polar ice caps are melting and Lake Mead is drying up.
Now with ice melting wouldn’t the lake be full.

Leave a Reply to Was A Democrat Cancel Reply