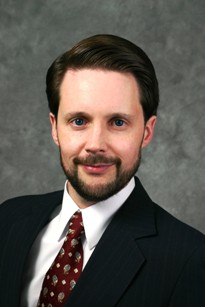 Op/ed by Pete Sepp, President of the American Taxpayer’s Union.[read_more]

It has been a long five years since the Great Depression technically ended, but too many people are still looking for work. When it comes to our nationâ€™s priorities, creating new jobs should be at the top of the agenda.

Letâ€™s hope that reality sank in with members of the Senate Finance Committee during hearings this week on â€œReforming Americaâ€™s Outdated Energy Tax Code.â€ Doing the wrong thing could throw a wrench in job creation engine that the energy industry has fueled.

From 2007 to 2012, private sector jobs grew by only 1 percent, but the oil and gas industry’s share grew by 40 percent, according to the Labor Department.

This industry’s achievement should be something to replicate, not deprecate. Yet the latter is precisely what the Obama Administration and some of its allies in Congress are trying to do, under the guise of “tax reform.” If they are successful, too many Americans are likely to face chronic unemployment.

For a decade American manufacturers and producers have been able to claim a tax deduction for creating new jobs. It is, at best, a way to take the edge off a highly burdensome and uncompetitive tax system in need of a top-to-bottom overhaul. Yet perplexingly, this administration has proposed to take this provision away, only from energy companies. It incorrectly labels the deduction as a subsidy and implies that oil and gas firms are taking unfair advantage of a loophole. This is no more a “loophole” than the deductions individuals claim for items like mortgage interest. If Congress wants to revisit these write-offs in the context of simplifying the system and reducing rates across the board, so be it. But singling out people and industries for punitive treatment is taking the wrong direction.

Another bad Administration idea would require American energy companies to pay taxes twice on their foreign earnings â€“ something none of their major foreign competitors do. As the United States already has one of the highest corporate tax rates in the world, this would be another blow that would hurt American companies while benefiting (often state-owned) competitors from China, Brazil, and even Russia.

These two actions alone would result in the loss of tens of thousands of jobs and billions of dollars in lost economic output, according to a study by an LSU professor.

Americaâ€™s oil and gas companies are not at the bottom of the tax ladder as the Administration accuses. In fact, even a New York Times analysis conducted last year noted they are paying an average tax rate of 37 percent, compared to an average of 29 percent for S&P Index companies.

Recent breakthroughs have benefited this country with new domestic sources of energy, making us the worldâ€™s biggest natural gas producer. The energy industry can drive America back toward more robust employment while boosting our economy — but not if it is under attack from our own government.

In order to have effective tax reform, policymakers must start with the basics: broaden and streamline the tax base, cut tax rates, and aim to treat everyone the same. It’s time to stop the political gamesmanship.

Pete Sepp is President of the 362,000-member National Taxpayers Union's (NTU). Since beginning his service with NTU in 1988, Pete has written and edited numerous policy papers, informational publications, and activist manuals, as well as studies on topics such as Congressional perquisites, citizen-initiated tax revolts, and Pentagon spending. He has testified before Congress on matters ranging from Government-Sponsored Enterprises in lending to Medicare reforms, and has lectured in the U.S. and abroad on issues such as tax administration reform. Sepp is Editor-in-Chief of NTU's award-winning periodical publication, Dollars & Sense. Pete has appeared on every major television network, and regularly provides interviews and commentaries to cable channels such as CNN, CNBC, and the Fox Business. He is a frequent guest on radio programs from coast-to-coast, and has been widely featured in print media, including The New York Times, The Chicago Tribune,The Washington Post, The Christian Science Monitor, The Wall Street Journal, USA Today, Newsweek, and Money Magazine. He has also survived two appearances on "The Daily Show" with his professional reputation miraculously intact.