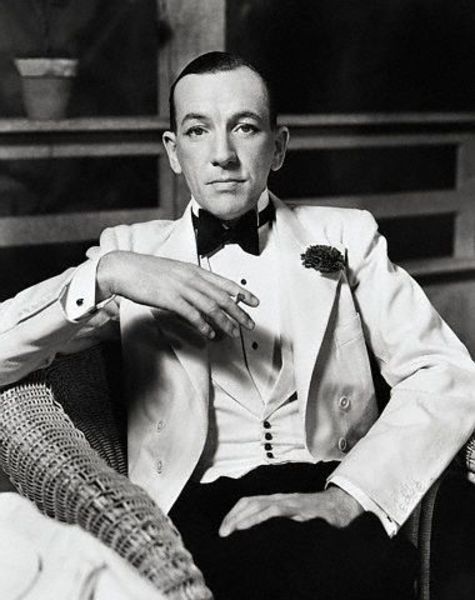 (With apologies to Noel Coward)

Don’t let’s be beastly to al Qaeda/ When our victory is ultimately won.

We must win their hearts and minds,/ And be filled with bonhomie,/ For their peaceable intentions can be always guaranteed.

We must be kind, and with an open mind,/ We must endeavor to find a way/ To let Islamists know that when the war is over/ They are not the ones who’ll have to pay.

We must be sweet, and tactful and discreet/ And when they’ve suffered defeat,/ We mustn’t let them feel upset or ever get the feeling/ That we’re cross with them or hate them./ Our future policy must be to reinstate them.

Don’t let’s be beastly to al Qaeda,/ When we’ve definitely got them on the run.

Let us treat them very kindly as we would a valued friend./ We might send them some transgenders/ As a form of Lease and Lend.

Let’s be sweet to them,/ And day by day repeat to them/ That mass beheading simply isn’t done.

Let’s show the dirty swine again/ That everything is fine again,/ But don’t let’s be beastly to Islam.

For many years, they’ve been in floods of tears,/ Because the poor little dears have been so wronged/ And only longed to cheat the world,/ Defeat the world, to beat the world to blazes./ This is the moment when we ought to sing their praises.

Don’t let’s be beastly to al Qaeda,/ You simply can’t deprive the gangster of his gun.

Let’s employ with them/ A kindly joie de vivre, with them/ Never mind how many heads they have lopped off.

Let’s make them feel they’re swell again,/ So they can bomb us all to hell again, But let’s not be beastly to Islam.

Noel Coward’s original song, “Don’t Let’s Be Beastly to the Germans,”1 ran along the same lines as my bowdlerization above. It was wildly popular in England, where Winston Churchill called for several encores when he first heard it. Coward’s catchy tune and satirical verse about making nice with the enemy who had tried its best to destroy Britain were an ironic signature of his time.

Yogi Berra said, “Things are more like they are now than they’ve ever been…” Whatever he meant, I think he was right. Maybe it just isn’t in us to really crush an enemy. We got pretty mad at the Japanese in World War II – mad enough to bomb them all to hell – but we don’t stay mad for very long.

In 2001, after militant Islamic terrorists inflicted the worst single attack on us in our history, Democrats and Republicans embraced and stood together at a stirring service in the National Cathedral, vowing to fight on to the last man (and woman) – meaning someone besides themselves, personally, I’m sure. “We shall never surrender,” said one overwrought pol, channeling Churchill. “They have no idea who they’re dealing with,” said another – possibly Clint Eastwood. (“Do you feel lucky, punk?”)

A few years later, some of those same warlike politicians were asking, “Can’t we all just get along?” With the war-fever abated, the ACLU was furiously fighting laws that let intelligence agencies eavesdrop secretly on phone calls to (and from) foreign parties who might be terrorists. Schools were banning any mention or observance of Christmas because it might “offend” Muslim students. George W and family celebrated Ramadan in the White House. (At least he had dropped the ridiculous “religion of peace” line.) And American communities were fending off Islamic attempts to replace the Constitution with Sharia law.

Since then, we have been positively falling over ourselves not to be “beastly” to Muslims, even though we are still contending with militant Islamic terrorists, at home and abroad, who want to kill us or send us back to the eighth century. President Obama cut a deal with Iran that essentially guaranteed that they would have the atomic bomb within a decade or two. And he sealed the deal by giving them $1.5 billion in cash and releasing $150 billion in frozen Iranian assets.

More recently, judges have ruled against executive orders President Trump issued to stop immigration from countries that Barack Obama had designated as “dangerous.” Elected representatives wearing Muslim costume are spouting anti-Semitic denunciations from the floor of the House. And ACLU members are acting like they hope to rack up points by trying to eradicate Christianity before militant Islamists gain control of the country. If they think that, they are delusional. Their heads would be the first on the pikes lining Memorial Bridge in DC when the Twelfth Imam takes over.

Our non-beastliness extends even to our armed forces. Not long ago I saw a report about instruction being given on new Rules of Engagement (ROE) at the Army Judge Advocate General’s Legal Center and School in Charlottsville, VA. The crux of the report was that soldiers are being taught that “hesitation” is the correct principle in combat, when a target appears and a soldier is poised to pull the trigger.

This means that legal instructors are teaching soldiers to endanger their own lives and the lives of their comrades in combat situations – for the sake of some Ivory Tower idea about “winning hearts and minds.” Any experienced combat soldier will say the precise opposite: i.e., that quick reactions, a sure eye, and a steady hand are the way to stay alive in combat. “He who hesitates is lost” applies to few places as directly as combat. (Being non-beastly can kill you.)

The courts are also a growing area of non-beastliness toward militant Islam, but it’s not just coming from the ACLU and some politically motivated lower court judges. A Saudi billionaire named Khalid bin Mahfouz has been using British libel laws to silence allegations that he funded al Qaeda. Ilan Weinglass – a counter-terrorism consultant and Editor of the Terror Finance Blog – has written:

“…Mr. Mahfouz has exploited the British legal system, where libel laws favor the plaintiff, to systematically sue anyone alleging that he financed terrorism. He has also used the threat of such suits to intimidate his critics.”

The Mahfouz legal gambit has also crossed the Atlantic and made inroads in the United States publishing industry. Mr. Weinglass noted:

Of course, this happens all the time, in a reverse vein, under legal threats from Christian organizations like Focus on the Family. (Yo! I’m kidding here. Don’t quote this.) If such an action were taken by a church or Christian organization, newspapers like the Washington Post would be shouting from the housetops and the ACLU would be attacking the evil dragon of Fundamentalism. But where is the ACLU now with respect to Mahfouz’s tactics? Nowhere to be seen or heard. (Are they trying to lie low so Mahfouz doesn’t sue them?)

Mahfouz sued Rachel Ehrenfeld3 – author of Funding Evil: How Terrorism is Financed and How to Stop It – in Britain, where he obtained a libel-judgment against her. Unlike others, however, Dr. Ehrenfeld refused to accept British jurisdiction over a book published in New York. Instead, she pre-emptively countersued Mahfouz in New York courts, asking for a ruling that the judgment would not be enforced in the United States and that her book was not defamatory under United States law.

When the New York courts ruled that they lacked jurisdiction over Mahfouz’s legal activities in Britain, the New York State legislature took immediate action and unanimously passed the Libel Terrorism Protection Act (also known as “Rachel’s Law”). The law offers New Yorkers greater protection against libel judgments in countries whose laws are inconsistent with the freedom of speech granted by the United States Constitution. Civil-rights lawyer Harvey Silverglate called the Ehrenfeld case “one of the most important First Amendment cases in the past 25 years.”

Has our “legal system” run off the rails? Maybe. But it’s important to realize that law does not have a “mind,” and it doesn’t always exhibit common sense. Mr. Bumble famously called the law “an ass,” and he had a point. Often it seems that way. People have minds, and people have common sense (or not). But sometimes framers of law don’t anticipate the consequences of laws operating in extraordinary circumstances, like war.

Obviously it makes no sense to let an enemy use our legal system to damage the country. To see this, try to picture Nazis in the 1940s suing Americans for libel because they wrote mean things about Adolph Hitler. That couldn’t have happened then. But if our laws enable such absurdities now, they must be corrected by clear-thinking lawmakers and courts.

Being non-beastly is a nice, warm and fuzzy idea. But it can go only so far. I recall Ronald Reagan saying, “Our Constitution is not a suicide pact.” Nor is our culture or our society. We can strive to be non-beastly. We can be decent. We don’t have to chop off people’s body-parts. But everything within reasonable bounds. Being too dumb to prevent your own destruction is a far worse crime than being beastly.