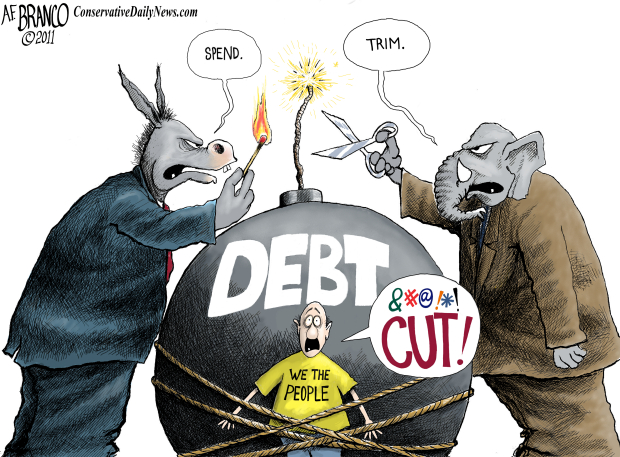 Don’t Listen to Democrats, the Economy IS that Bad

Catherine Rampell writes a column in Friday’s Washington Post arguing that the Republicans are “completely wrong” when they claim “this is the worst recovery after a deep recession since World War II” as Senator Mitch McConnell has said.  She goes on to allow that if not completely wrong, that assessment is “at the very least, highly misleading.”  Her point is that while the economic recovery has been “slow and shallow,” it is not so bad because this recovery is the first to follow a “systemic financial crisis” since World War II.  “Financial crises are “uniquely traumatic events for economies” according to Harvard researchers Carmen Reinhart and Kenneth Rogoff.”

I agree with Ms Rampell that Reinhart and Rogoff are correct when they say that recoveries following such events are always “far slower and more protracted” than those following normal recessions.  Indeed, much of the rest of the article about how we are fortunate to have the world’s reserve currency and that many other similar economies aren’t doing so well is correct.

However, her conclusion that “it ain’t so bad” needs to be considered in light of a few very disturbing additional facts.  The way that economies recover from financial bubbles is usually the slow, painful process of paying off or writing off debts, so that the economy can resume healthy growth.   In our case, rather than enduring the pain paying off debt, we chose to borrow our way to economic bliss.  It was a team effort.  US public debt has increased more than $7 trillion since the recession. Consumers responded to the Feds easy credit policy by borrowing a trillion for cars and tuition while running up another trillion on their credit cards.  Corporations also responded to the easy money temptation by borrowing another 2 trillion. Unfortunately, most of that went to corporate stock buybacks and relatively little to productive investment in new equipment (productivity growth has been very slow).  In a little more than 6 years, total debt, public and private, increased nearly $9 trillion while the economy grew by only $2.1 trillion.

Debt, when not used for productive investment, can be thought of as borrowing from the future to allow current consumption.  We are now much deeper in debt than before the recession, with dark clouds on our economic horizon, but, as she says “it ain’t so bad”.

Don’t Listen to Democrats, the Economy IS that Bad was last modified: June 13th, 2016 by Guest Poster Rob Martin

[…] find that in the last 6 years, our economy has only grown by $2.1`Trillion, while our debt has mushroomed $9 Trillion over the […]

Has anyone else noticed that the Obama administration’s private sector and academic based economic advisers and supporters (the trained professionals) have gone VERY quiet on “things are improving and it’s just a matter of time media statements” that were so prevalent during his first term and early second term. Today the vast bulk of “things are not so bad” statements of analysis come from administration controlled sources or largely uninformed Democratic media sycophants.

Things have deteriorated to the point of continual marginal to negative job growth and GDP output quarter after quarter. Things are so bad it has even shut Paul Krugman up, something I thought would never be possible. Yet the Obama Federal Reserve’s ongoing essentially free money interest rate policy have apparently completely quelled the Republican Congress and it’s globalist business agenda as American wages continue to crash and burn and jobs are exported at a furious pace. Reactions from our Republican congressional majority, not a statement, not a policy. Dead quiet.

Can someone please tell me what they think the endgame of the money masters (those who run the Federal Reserve) is? Where is this all leading to?

Mark, the article’s author says that is not easy to answer your question but he will try to put something together for you. As the kids say, “it’s complicated”.

No desire to preempt the author’s answer but the major problem I see that the FED never discusses in public is by intentionally holding interest rates low, by in effect printing money, the central bank artificially increases investment risk taking and a resulting surge in asset prices. The role of a central bank should NEVER be to promote risk taking or to inflate asset prices in the marketplace. A fundamental rule of economics is asset prices cannot continuously outpace REAL economic growth (as it has throughout the Obama administration) as this drives up the price of “risky” assets, increases equity leverage that creates a pseudo wealth effect, which will all crash once rates return to a normal non subsidized level driven by existing market demand.

The Fed has been holding rates near zero for almost seven years now creating a likely potential for a tremendous bubble in the stock and bond markets when interest rates begin to rise toward their natural, long-term equilibrium. Think of the housing market bubble and crash but apply it to ALL segments of the economy. In effect a major crash. U.S. based global corporations milk the FED rates but can flee the results by international overseas currency manipulation operations and the wealthy by offshore investment management. The average worker or middle class family whose major savings investment lies in real estate (their home), money market type funds and 401K type employer program instruments will see their net worth, largely unprotected, drain away. It’s not a pretty picture and if Hillary Clinton continues Obama’s monetary policies it will be even worse.

From the author:
When Will It End
Slow growth and more rapidly increasing debt levels must, at some point, come to an end. While no one can forecast when or exactly how it will end, it will probably end badly. Only if economic growth can somehow return to high/normal levels can the nation hope to outgrow the debt burden and return, relatively painlessly, to what used to be termed a “normal” economy.
My guess is that it will end something like this: the nation, and most of the developed world drop into recession within the next two or three years. Central banks, with interest rates at zero or even negative levels, cannot respond by decreasing interest rates. Quantitative Easing has been less and less effective, so a further round will not bring the economy back to growth. Faced with recession, governments will resort to fiscal policy – increased government spending. With few true “shovel ready” projects, this spending will probably generate more consumer spending, but little productive investment. We will enter a period of “stagflation.” Inflation has been running about 1.5 to 2 percent. This rate will gradually increase unless measures are taken to encourage growth. Eventually, the rate will become seriously high, requiring high interest rates to quell (as Volcker and Reagan did in the early 80’s).
This scenario will reduce the debt problem two ways: during the recession, individuals and companies (and pension funds) will increasingly declare bankruptcy, writing down the debt. The high inflation will increase government revenues faster (in percentage terms) than government debt. We will pay government bonds back in devalued dollars. If handled well , high interest rates will curb inflation and restore a more or less normal economy. There will be many losers. Reduce you exposure to equities and any but solid, very short term bonds.