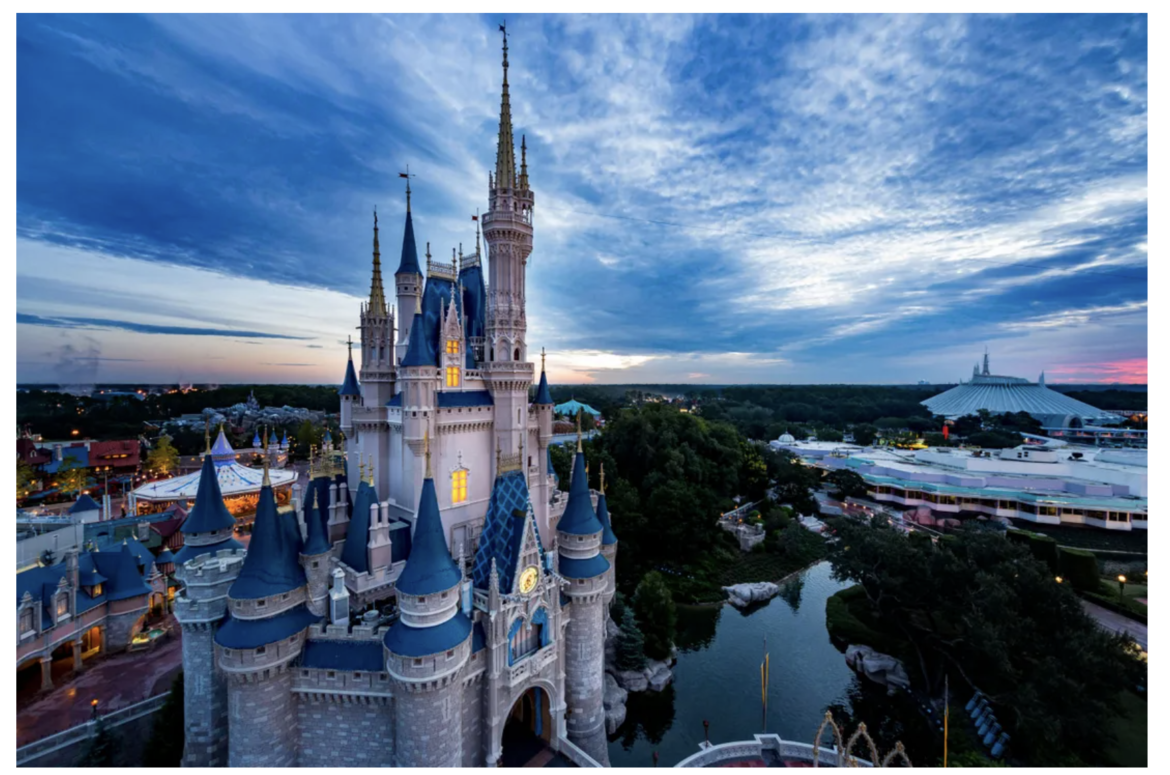 I have been to Disney World numerous times.  Some were school trips.  Some were family trips.  Some were even business trips – Disney has interesting technology. Each of the trips was real entertainment and focused on making the customer feel welcome.  Unfortunately, Disney has stepped into the culture wars as but another corporation driven by anything woke regardless of its customer base interests and likely profitability.

Disney’s senior leadership attacked a particular piece of Florida legislation intended to protect elementary and younger school children against what many parents see as an abuse of sex in education.  Adopting the LGBTQ that the legislation really means “Don’t Say Gay”, Disney has apparently chosen to take a political stance against their mission of family friendliness for all.  (As an aside, the three MacBeth witches who hosted the Oscars couldn’t help themselves as they jumped around insulting Floridians by yelling “gay, gay, gay, gay, gay, etc.  I was wondering what happened to the boiling cauldron but Mr. Smith showed a bit of it later.)

I don’t really see how Disney comes out as a winner.  Many believe that they have embraced pedophilia which is not just about LGBTQ but about all forms of child sexual abuse.  If the overwhelming majority of their customers are heterosexual families, Disney has just directly attacked and offended them.

It was about a year ago when Twitter took a woke action against conservative posters. In the immediate aftermath, the stock went up to near $80 a share, – and then someone with a financial brain figured out that what they had done was attack a major portion of their customer base and encourage competition.  At last reading, Twitter stock is $38 a share, a decline of about 40% from its high over the past year.  Now, let’s take a look at Disney.  Its current stock price is $140 per share, down from a high of near $190 over the past year – and that was before this current controversy erupted.  Someone with a financial brain just told me Disney’s Magic Kingdom needs major rehabilitation and new leadership.

The bottom line is that Disney has apparently caved in to the Diversity, Inclusion and Equity movement and doesn’t know how to control it other than give into it.  On the other hand, Florida’s Governor DeSantis does know how to lead and has condemned Disney’s attempts to undermine the legislation protecting kids from sexual abuse.  (In his comments, DeSantis said that Florida is not run by California corporate executives, and that Disney’s leadership activities are fundamentally dishonest.)

Ronald Reagan said, “Freedom is never more than one generation away from extinction.  We didn’t pass it to our children in the bloodstream.  It must be fought for, protected, and handed on for them to do the same.”  The radical left would like us to forget about freedom and embrace their global social control “great reset” schemes which see human beings as interchangeable parts of a machine.  Free Americans now understand the situation and are beginning to fight back.  The first test of the size of the fight will likely be this November.  Take nothing for granted.

Freedomforallamericans.org is the website that lists the companies that have opposed the anti-parental rights bill in Florida. Sorry for the wrong web address.

Disney stock down today. Also, the website above list companies opposing the Florida parental rights bill. Further, Disney molestation coverups are now being exposed. Here is an interesting question – the Oscar’s have lost nearly 60+% of viewership because of their radical lgbtq stance. Will Disney lose a similar % of their customer base and what would be the impact on their stock.

Freedom for Americans.org has a list of companies opposing the Florida parental rights bill. It is worth a look as it essentially shows how many companies have caved to the lgbtq mafia under the diversity, inclusion and equity banner

Since the trolls are diverting from the topic, here is a positive. There is a new drug being used in Australia that appears to be 100% effective for treating COVID if used early. It comes in pill form.

Hey Erica, pronoun She It… jobs created! Right… about that.. it’s people going back to their shitty job post covid lockdowns. There’s been no “job creation”.. just the usual working in Amazon warehouses or for Grub hub now that we’ve given up on Covid even in your blue areas. Hey did you see where Amazon workers voted for a union? Jeffy’s not gonna like that is he?
Where are all those green jobs you were promising too? Oh right.. in China where all that green shit is manufactured…
You must have a lot of openings at your Drag Queen Story Hour Company… Disney hires a lot of you guys! Let’s make them gay by four.
Do you personally lead the pre school tours to the Drag Bar?

The Democrats simply can’t tell the truth so Americans have to sort it out. The one thing certain is that democrats have created more homelessness -whether from illegals or Citizens

Hmmm… like 3X the price it was when Conservatives started their boycott… Starbucks is only 2X… hey, can you guys let me know who you are going to boycott next so I can get in on the ground floor…?? roflmao…!!

Erica, pronoun She It, yes you have a point. But I thought Liberals like your dumbass were against corporations? No… like you support for the military war machine, you LOVE corporations now… Like Amazon. Jeffy Bezos’ little company that has a monopoly on many things. Monopoly Shithead.. know what that means? It means that Amazon is very powerful. Know what Jeffy’s little company is into now? Selling cloud service to the gumment. Especially the military. Amazon is practically indistinguishable from the gumment now… More powerful than ever.
So yes… you are right… monopolistic corporations who have no competitors anymore are going to keep making money..
Like Disney… look how much of the media world they own. And they can impose their world view on you.
Which they seem to relish now. See the video of Disney officials bragging how they are queering up the children?
So yes, shit for brains… Nike… a company that uses sweatshop labor in Asia so it can make a fortune and virtue signal.
You Nike and your buddy Shithead Martin can all go F yourselves…

He liked the Trump stock market. I doubt he will like the Biden market.

You might want to check the current Nike stock price and compare it to the one year high. I know that math is difficult for you but you really don’t need to do much. By the way, Disney stock experts predict Disney will average $191 per share in the next year. How much are you willing to be on that?

Erica… Pronoun She It, you’re back you gender outlaw drag queen Let’ Say Gay pirate… You add a large degree of queerness to the TBE! Taking time off from dress up! Good for you man/boy/lady boy or whatever you identify as today. Feeling Pan sexual today are you?
Well get on back to drag queen story hour… whose going to teach the children if not you? What toddler shouldn’t learn from you that they really want to be a girl, boy, unicorn, blue haired manatee! Anyone can be so over the rainbow with you!

Answer this Erica, pronoun She It. You and your cohorts are getting your lacy panties up your cracks over this law… which is aimed at preventing crusading sexual idiots from “educating” K-3 about SEX. SEX , dumb ass. What do you need to talk about any sexual issue at that age for? The educational system isn’t even fuking teaching them to read across the country. But LGBT!$$$WTF want to teach them about sex???

So okay… why can’t Christians teach youngsters about Jesus? It is okay to indoctrinate in YOUR liberal fuking religion, but not theirs.

Don’t BUY Disney. The LGBTQ movement is, at its dark satanic heart, a movement to normalize pedophilia.

Certainly NAMBLA is an advocate for pedophilia.

The majority of gay men say their first sexual experience was non-consensual. If you think about that for a minute, it means that gay men need to rape boys to pervert them and perpetuate their lifestyle.

I’ll tell you what I think. I think David Dick-In-Son seems to spend a lot of time thinking about raping and perverting boys

The lgbtq is trying to make it easier to rape. NAMBLA has been advocating for ever lower ages of consent for decades. From high school to middle school and now to elementary school, the March of the Pedophiles continue.

For TROLLING. It isn’t think about it – it is worry about. Demented Democrats like you are the stuff of nightmares for most normal folks.

Trolling, the sad part is that you are more concerned with me than the fact that gay men have extremely high rates of pedophilia.