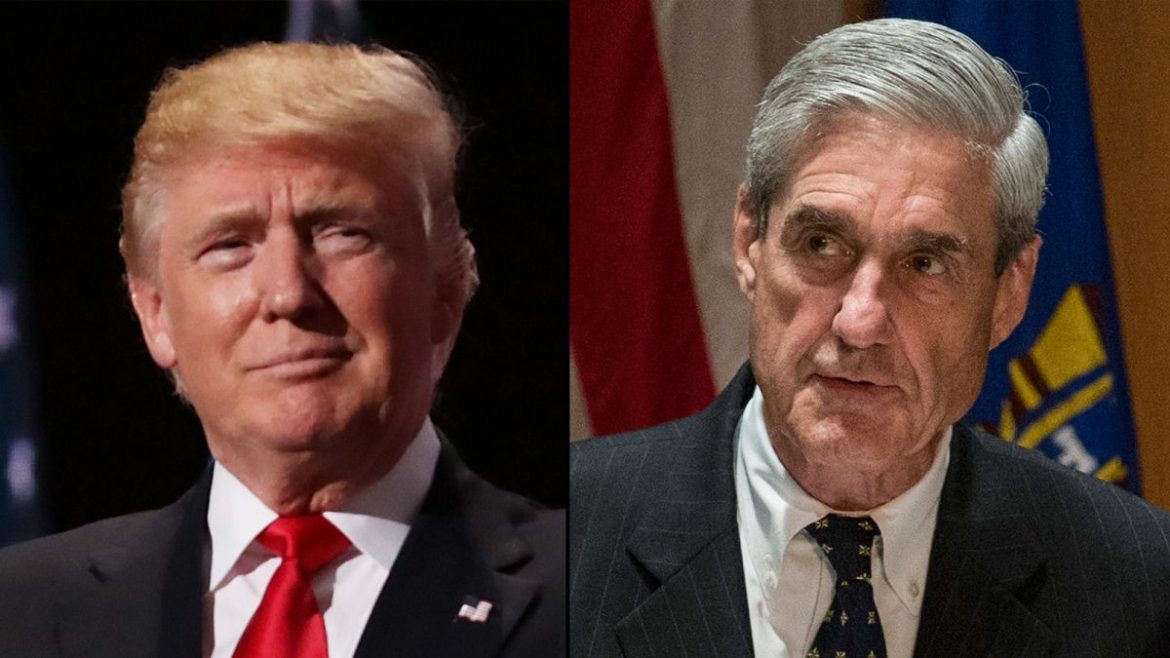 Doubling Down on Stupid

The Republic has survived a Civil War, two World Wars, various lesser wars and misadventures, numerous depressions, bank runs, assorted financial calamities, and about every other disaster, natural or manmade that is imaginable in the last two hundred and forty-three years.

Yet the United States of America still stands. This is about the only encouragement one can take out of the public release of the disingenuous and shockingly specious Mueller Report last week, and the reaction to the report by the radical left Democratic Party, and sadly some of the establishment in the Republican Party.

After two years and thirty-odd million dollars, Special Counsel Robert Mueller, a former Director of the FBI with a checkered and controversial past, produced a bifurcated report utilizing his staff of nineteen Democratic lawyers.

At approximately $78,000 per page to assemble, the word scam might best fit the Mueller Report. The public deserves a refund.

Its ostensible purpose initially was to investigate the self-evidently absurd proposition that the Trump campaign had “colluded” with the Russians to manipulate the election results. There was never any factual basis to even suspect that the Trump campaign had any problematic contact with the Russian’s, nor was it ever explained how such an arrangement could even be realistically put into action supposing there was a desire to “collude” in the first place.

Of course, the Russians did spend money and time trying to stir up discord and conflict throughout the election process, as they have done for many years over many election cycles. Primarily Mr. Muller’s report relates, the Russians engaged in various shenanigans on the internet, fake social media posts, masked advertisements, and other disinformation techniques that they have perfected over the years.

(Unstated by Mr. Mueller or the corporate media complex is that every world power attempts to use various venues of influence, and often directly meddles in elections around the world. China, India, and the UK, among others, are very active. As is the U.S. In 2015 President Obama sent political operatives to Israel financed by $349,000 in State Department grants, in an unsuccessful attempt to help defeat Prime Minister Bibi Netanyahu’s reelection.)

The first portion of Mr. Mueller’s report stated the obvious; no evidence found of any collusion. Nothing. Zip. No matter, most in the corporate media complex and a large phalanx of ultra-radical Democrats have suggested that the report’s conclusion doesn’t mean there wasn’t any collusion. Perhaps, they suggest, there was “causal” collusion, which is akin to saying there is not a speck of actual evidence that Big Foot exists – but he probably does.

As Special Counsel, Mr. Mueller had to have known within days of being appointed – or before, like most of us – that there was no there, there. Merely reviewing the Steele dossier, its origin, and other publically available material, would have been super-sleuth Mueller’s first clue. But, the man has an extensive history, documented during his tenure as FBI Director, of flighty moral reckoning and managerial skills guided by political correctness and expediency.

Instead, Mr. Mueller chose to allow the nation to roil in what became a two-year rhetorical bloodletting, tearing the country apart, setting citizen against citizen, and prompting the use of words like “treason” to be served up like pancakes at an IHOP. His indifference to the truth and the integrity of the rule of law lit a sickening media bonfire of hate and defamations whose effects will curse political discourse for new generations to come.

The second part of the Mueller Report (allowed since there was no original scope of work restricting the subject of the investigation) is an astonishing feat of legal jujitsu, where “presumption of innocence” is ignored. It is replaced by unverified suggestions and deductions, pages of description of testimony and interviews offered with minimal context or quotes, and just plain ‘ol conjecture dressed up as wrongdoing with no specifics.

Part two of the Mueller Report reads like the high school journal of a jilted teenager, filled with angst and little else.

The report invites the reader to convict the President for “obstruction of justice,” its purpose confirmed by the ridiculous comments made in the corporate media and, not to be outdone, Congress.

The President is portrayed in Part II of the report as a man hell-bent on derailing the “investigation” and angrily ordering subordinates to do this or that, to end the “witch hunt,” or to fire various people.

Left out is the fact that the President of the United States, any president, is empowered by the Constitution with exclusive executive powers and may fire any executive branch employee, including the Attorney General, the Director of the FBI and, yes, a Special Counsel appointed by the Department of Justice with or without a specific cause. Just the way it is.

The fact is, however, that this very frustrated President didn’t fire anyone except James Comey, the disgraced FBI Director, who was sacked based on a memo provided to the President by the Deputy Attorney General, Rod Rosenstein, recommending Mr. Comey’s removal for among other things, lying to Congress.

Mr. Mueller’s report breathlessly suggests that the President ordered the White House General Counsel, Donald McGann in a late night call, to fire Mr. Mueller himself. Here’s a question; so what?

The report is long on innuendo but short on facts. The fact is for whatever reason the President didn’t fire Mr. Mueller, which he had the authority to do legally. One must surmise that the raw politics of doing so prevailed.

Let’s review. The President gave the Special Counsel uncontested access to the White House staff, including Mr. McGann, even where he did not have to under executive privilege claims. The President provided written answers to a lot of dumb questions from Mr. Mueller. The President didn’t fire anyone whom he could have fired legally. Nor did he “shut down” an investigation that began its life based on a fabricated, false dossier, financed and produced by Hillary Clinton and an assortment of Democrats.

As far as can be discerned in the Mueller Report, the President of the United States roared (with very good reason) but didn’t bite. So where is the obstruction? The question answers itself.

However, nothing has ended. In this case, the dust won’t settle. By any calculus, the nation has suffered immense, foundational harm that can’t be undone easily. The radical left, which is to say the Democratic Party, now has an investment in stupid, and they can’t turn back. They’re doubling down.

It doesn’t matter what it does to the country, or even to their party as a political force. Hate is a consuming appetite and bottomless emotion.

For the rest of America, conservatives, and traditionalists, the last two years should reaffirm the Constitutional predicates that an ordered society is a society that defines itself not on emotion and unchecked coercion, but on the rule of law.

Doubling Down on Stupid was last modified: April 24th, 2019 by Michael Giere