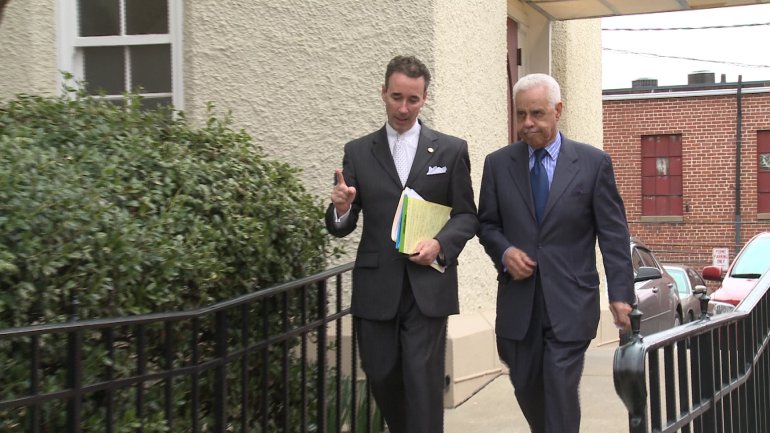 Former Governor Doug Wilder has filed a complaint with Virginia’s Bar Association for what he says was poor representation by his lawyer, Joe Morrissey, in a case involving unpaid taxes on property in Fredericksburg that Wilder had hope to use for a slavery museum. Â The city of Fredericksburg was trying to collect $320,000 in unpaid taxes on the property.

In the complaint Wilder questions the competency of Joe Morrissey. He sites as an example Morrissey named the wrong party in the lawsuit resulting in sanctions of $23,000. Â Morrissey’s response from the Richmond Times-Dispatch:Â

Morrissey referred questions to Paul Galanides, an associate in his office, who denied the charges. Instead, he said Morrissey views the complaint as an effort to â€œbullyâ€ the firm out of attempting to collect a $130,000 fee from Wilder.

Joe Morrissey has faced numerous complaints to the Bar in Virginia. In the early 2000’s he lost his law license after beating a man nearly to death. Â In 2014 Morrissey was sentenced to jail for his relationship with his underage receptionist Myrna Pride. Â At the time Morrissey was a Virginia Delegate, he was released from jail during the day to attend to his duties at the state house, returning to jail each evening after the close of the General Assembly session. Â After having two children with 19 year old Pride, Morrissey married her in 2016. Â Details and photographs of the wedding here.Â Â In November Morrissey lost in his bid for Mayor of Richmond.

More on the Wilder/Morrissey story here.Â

So it looks like the Dems are joining the GOP in the November Stupid-off.

Oops, thanks for catching that.

Hate to side with Morrissey but this MO sounds just like Doug Wilder. Why did he wait two years? Was there a deal made ?