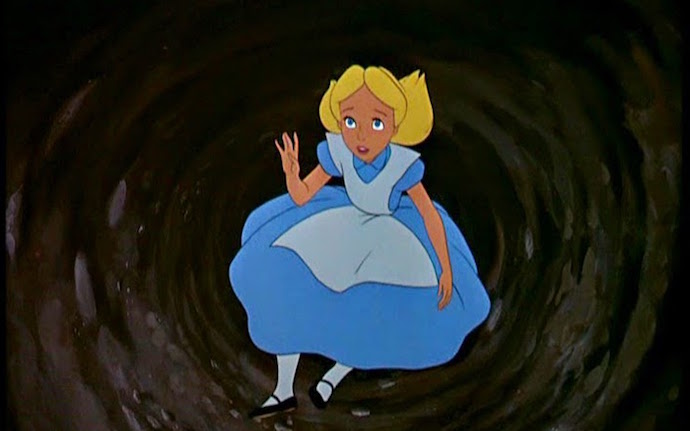 Down the Rabbit Hole: DACA Judge says President Enforcing the Law is ‘Arbitrary’

“The question before the court is thus not whether Defendants could end the DACA program, but whether they offered legally adequate reasons for doing so,” wrote Garaufis, as if the President needs to provide a valid reason for enforcing the law.

For what it’s worth, Attorney General Jeff Sessions, in announcing the wind-down of DACA, noted that it was unconstitutional to not enforce the law on purpose. Garaufis disagreed — apparently not enforcing the law on purpose is perfectly constitutional in his rabbit hole world — and so because of the “flawed” legal rationale he held “the DACA rescission as arbitrary and capricious.”

Here, Garaufis is ruling the President enforcing the law after it was not being enforced is “arbitrary” because the President believes the Constitution commands that the law be followed.  Your head spinning yet?

What about Article II, Section 3 of the Constitution, which states the president “shall take care that the laws be faithfully executed”?

What about the Supremacy Clause? Article VI states, “This constitution, and the laws of the United States which shall be made in pursuance thereof… shall be the supreme law of the land…”

Just to backtrack. Obama’s deferred action in 2012, even if you buy the dubious argument in favor of it, was an exercise of prosecutorial discretion. That, the Justice Department is allowed to prioritize which laws to enforce first within its limited scope of resources. That’s wrong, but let’s just play along.

But, when President Trump and Attorney General Sessions attempted to exercise that same discretion, and begin enforcing the law once again, the judge smacked it down calling it “arbitrary,” because, Trump and Sessions cited a constitutional requirement that the law be enforced.

Apparently, under Judge Garaufis’ ruling, entire sections of the criminal code could be “repealed” by a president simply by issuing a declaration of non-enforcement, or deferring action, and then no future president would be allowed to enforce those laws, especially if he cites a constitutional requirement for enforcing the law as the reason for restoring the rule of law.

This is not only asinine, it is a recipe for anarchy.

The Trump administration for its part is already appealing to the Supreme Court on this issue, as it should, from a similar prior ruling by another nutty judge.

The real goal of these court cases is to undermine the President’s current push to use DACA as legislative leverage to get his priorities on immigration enacted into law: ending chain migration, eliminating the visa lottery and building the southern border wall.

If DACA must be implemented — that is, not enforcing the law is now mandatory — as a matter of law, then Trump has no leverage. Democrats need only doing nothing and they’ll get much of what they want.

It is hard to overstate how sick and twisted this really is.

And it underscores why Congress should take up legislation by U.S. Rep. Bob Goodlatte (R-Va.) post-haste, that would clarify DACA and achieve the President’s priorities on immigration. These courts need to be stopped in their tracks. Congress can bring much-needed clarity to the chaos that was caused by Obama.

With DACA, Obama opened a Pandora’s Box to potentially unlimited illegal immigration. If Judge Garaufis’ ruling stands, all that will be needed for a complete amnesty for all illegal immigrants, which can never be rescinded as a constitutional matter, is the next Democrat president simply declaring it to be so. After that, courts might then rule that it would be arbitrary to begin enforcing the law after it wasn’t.

That is, not without “legally adequate reasons.” So much for the Constitution.

This is cementing a dictatorship. One where enforcing the rule of law is arbitrary and abandoning it is the paragon of civic virtue.

Welcome to Wonderland, where up is down, down is up — and nothing will ever be the same. If this stands, the U.S. will no longer be a nation of laws, but a nation of whims, where the rule of law is a faint memory.