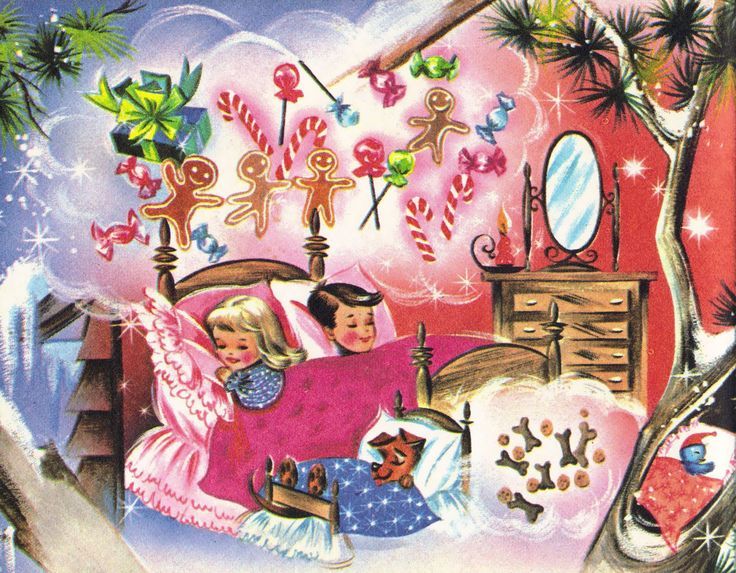 What we now call the Blogosphere – formerly the “news-wire” – is abuzz with predictions that Democrats will “impeach” Mr. Trump when they win back the House and Senate this year. By this, partisan prophets mean that they expect to boot the (hated) Donald out of office and restore the country to what they consider normalcy. Impeachment, is, of course, merely the indictment part of a lengthy process – but never mind the details.

In polite society it’s not considered good form to say someone is “delusional” – at least, not out loud. But in this case I’ll violate protocol by saying it about Dems, their media pals, and far too many Republicans. They are delusional on at least two counts:

Turning the Congress in ’18. Democrats have been loudly trumpeting this as gospel because: (1) they assume that everyone hates Donald Trump as much as they do; and (2) they fervently believe that Special Prosecutor Robert Mueller will prove that Mr. Trump and Russian agents colluded to steal the 2016 election. It’s a sure thing: absolutely in the bag; just a matter of time. So far, however, Mr. Mueller and his team have spent $7 million of the taxpayers’ money to produce not a scintilla of evidence (Nichts!) proving that such collusion occurred.  Sturmbahn Führer Mueller has taken the scalps of Michael Flynn, Mr. Trump’s former advisor, and a couple of minor players (including one unpaid campaign volunteer) on charges unrelated to the investigation’s principal focus, but so far the expected mother lode of evidence for the impeachment extravaganza of the century has not appeared.

Dems believe the collusion-evidence will turn public opinion their way and sweep their candidates to overwhelming victories in the November elections. The truest believers anticipate winning majorities that will enable both impeachment of the president (by a simple majority) in the House and conviction (by two-thirds majority) in the Senate. The main problem with this optimistic prospect is that basing their entire campaign strategy on dramatic new evidence is a high stakes gamble which shows no signs of paying off. Absent that evidence, the party has no platform except “We’re Not Trump.” More than ever, the ancient political wisdom that “you can’t beat somebody with nobody” applies here.

Realizing that the collusion-plan might not pan out, Democrat strategists have launched an ambitious new smear-campaign against Mr. Trump. Their latest salvo is the “tell-all” book, Fire and Fury, by Michael Wolff, which purports to show Mr. Trump’s mental unfitness for his office: i.e., he doesn’t read anything; he has no attention span; he’s stupid; he’s unpredictable; he’s paranoid; he’s certifiably nuts; he didn’t really want (or expect) to win; etc.  The book has evoked a furious response from Mr. Trump and his supporters, who have called it a “fake book.” Indeed, its radical claims are already unraveling. The smear-strategy didn’t work during the election, so other than serving as a temporary distraction its effect on the political dynamics of 2018 is highly questionable. (In Big Al’s words: “You got nah-thing!”)

Perhaps realizing that the collusion and “We’re Not Trump” strategies for 2018 will flop, Democrats’ now see a bright new ray of hope for the 2020 presidential election in the person of zillionaire TV-star Oprah Winfrey. Her boffo speech at the Golden Globe awards on January 7th has evoked ecstatic praise from libs. (Wags said there wasn’t a dry seat in the place.) Chock-full of emotional references to race and gender, and gushing praise for those valiant defenders of truth – i.e., the liberal Media – Ms. Winfrey’s speech struck every possible chord that resonates in Democrat hearts. A successful black woman for president! May the gods be praised! She’ll win in a walk. (But I wouldn’t bet on Oprah giving up her $75 million salary in exchange for having her entire past love-life dug up and raked over.)

Impeachment and Conviction. Assuming for the sake of argument that Democrats do regain control of both the House and Senate, how likely is it that their master plan of removing President Trump can succeed? Lessons from history are instructive on that question. Two past presidents were impeached by the House for “high crimes and misdemeanors,” as specified by Article I, Section 2, Clause 5 of the Constitution. Andrew Johnson was impeached in 1868 for disobeying Congress’s Tenure of Office Act, which enjoined the president from replacing any of Lincoln’s cabinet secretaries without Congressional approval. The act clearly exceeded Congress’s authority, but the Radical Republicans went ahead nonetheless. Their attempt to remove Mr. Johnson failed, however, by a vote of 35-19 – a single vote less than the 2/3-majority required of the Senate for conviction and removal. Senator George Vickers (D-MD) arose from his sickbed to save the president by adding his vote to the “not guilty” column.

In 1998 a Republican-controlled House impeached President Bill Clinton for perjury and witness-tampering he had committed in connection with an Arkansas trial, before he was president. The truth of the charges was beyond doubt. Republicans held a 55-45 majority in the Senate, but they failed to convict Mr. Clinton by a 50-50 vote on the witness-tampering charge, and by a 45-50 vote on the perjury charge. No Democrats voted against the president on either charge.

Many political commentators (including Yours Truly) have noted that any ordinary citizen would have been jailed on either charge. But, of course, Mr. Clinton was not an “ordinary” citizen. If nothing else, the case demonstrated the extreme difficulty of removing a president, even when he is clearly guilty as charged. I am not the first to call impeachment “a worthless remedy.” Booting a president is practically impossible, as the Founders obviously meant it to be. I venture to say that even treason wouldn’t do it (although stealing the White House coffee supplies might tip the boat over).

Richard Nixon is Democrats’ Exhibit A on how to oust a president. The Watergate scandal caused Mr. Nixon to resign before a Democrat-controlled House could impeach him, but dedicated Nixon-haters were certain that they would have convicted him for ordering the burglary of Democratic Party headquarters and for lying to the American people – the latter charge repeated ad nauseum by reporters and pols, as if no president had ever lied.

This writer, however, has never believed that the impeachment-conviction scenario was the slam-dunk many Dems believed. Mr. Nixon was asked to resign by several senators of his own party who probably didn’t want to go on record in a Senate-trial – either by voting to keep an unpopular “liar” in office or by betraying his own party with a vote to convict. Mr. Nixon spared them, the country, and himself the agony of that trial by falling on his sword.

As we saw in 1998, Democrats have no problem supporting their party’s president, even if he is a liar and a midnight-rambler. Would enough Republican senators have crossed over to convict Mr. Nixon? We’ll never know, but I doubt it. Posturing for the cameras is one thing. Party-disloyalty is another.

Living in a dream-world can be wonderfully comfy and cozy, until reality finally intrudes. As Mr. Trump’s accomplishments grow, public confidence in his leadership blossoms, and the country’s economy booms to new heights, the likelihood increases that Democrats’ dreams of a Trump-less Washington will get a nasty dash of cold water next November and in 2020. Until then, may they continue to heed the soothing words of Kaa: 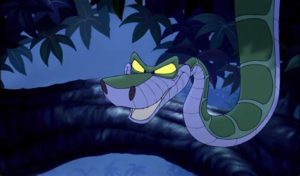 I don’t think the Democrats who are considering impeachment have really thought it through. Like, how would the half of the country that elected Trump react to Democrats impeaching their President for what amounts to political reasons ? Probably not very positively.

You are a TBE troll, from what I can tell. Not a regular here, unless you are playing name games. and could be a Russian seeking to sow discord here. Notable you have trouble spelling a common English word (mistaking forth for fourth) but you did choose a representative screen name for yourself.

I voted for our local Republican congressman and support him, did not vote for Clinton, etc., so name calling does you little good. Big fan of the Second Amendment — Hell, I like all of them (but who remembers the third?). If my voice and vote is out of touch here, what does that say about RPV efforts? That those in the middle are trolls? Really?

Not a troll. Simply disagree with some of the extremists on some issues, and in ways that other Republicans support and with which they agree. If there’s two people here who think the same way about everything, we don’t need one of them, right?

Which extremist positions are those, having a 21% corporate tax rate, enforcing immigration law ?

Your screen name is perfect for your point of view.

As with many here on TBE, Woody battles straw men. Sets ’em up, knocks ’em down. This one is impeachment, when in fact most are resolved simply to hold Trump up as an example.

Why remove Trump? He is a mill stone, a reminder. Forever thankful for Trump and his effect, emboldening the opposition and forever changing the face of American politics. Not in the way his supporters hope, but an indelible marker on the American character.

His impact will be felt for decades to come. Clinton would’ve achieved little to nothing, sowing nothing but discord. Trump unites Americans, though perhaps not those you had hoped to incite to united action.

Republicans can win, but only when the majority party stays home. Not much chance of that for quite a while to come. Thank you, DJT!

So … you’re saying you want to make a wager on the 2020 election results ?

You’re wrong about impeachment being a straw man, that is being very openly discussed by Democrats.

Sure, but mostly by those who are “Delusion”-al. Should we all start modifying screen names? We’ve seen how that works out, right?

It’s not about impeachment, it’s about governance — as SBT says — which is why so many Republicans are on-board, patriots all, a long line of GOP scorned. In Alabama they put a Democrat in the Senate.

Impeachment, requiring as it does two-thirds of the Senate, is NOT the object for anyone who knows the odds and the history behind it. It is simply a straw man, nothing more, a distraction for the real business ahead of us.

Mueller will have his way, and while Trump might beat the rap he will never beat the ride and the places it will take his legacy and family name.

“Mr. Mueller and his team have spent $7 million of the taxpayers’ money to produce not a scintilla of evidence (Nichts!) proving that such collusion occurred.”

Not really the way it works. He will not produce evidence until indictment. Maybe even impeachment trial. Certainly not now. Why won’t Trump agree to a Mueller interview? Got something to hide apparently.

We’re not trump is more than an adequate platform right now. trump’s accomplishments mainly including being a moron on Twitter.