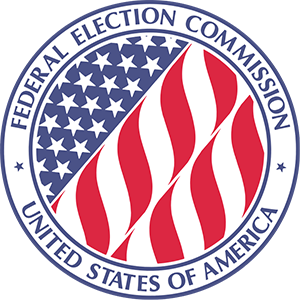 The Dunbar campaign released a letter from their attorney about the FEC complaint filed against it that declares the complaint as nothing more than a political stunt, and addresses the illegal disclosure of the complaint to the press.  The campaign has retained James Bopp, Jr., an attorney with nearly 40 years of experience in election law, including the landmark Citizens United vs FEC decision which overturned the bulk of the McCain-Feingold campaign finance law.

In his review of the complaint against Cynthia Dunbar, Mr. Bopp finds it to be “without merit” and most likely a propaganda stunt to be used for political purposes:

“The timing of all this – in the days leading up to the convention – is a classic political move, hoping to shift momentum and distract you and divert resources.”

The main thrust of the complaint comes from allegations that Cynthia Dunbar’s employment by Scott Sayre in the summer of 2017 constituted an illegal campaign donation.  The complaint alleges that, even though no formal decision or announcement had been made, Cynthia Dunbar had already launched her candidacy for Congress and that her employment was solely designed to allow Sayre Enterprises to finance her campaign outside FEC limits. As evidence, the complaint includes an email from Mike Troxel delivering a proposal for services to work for Cynthia Dunbar in a run for Congress.  The Dunbar campaign has disputed this claim, and says Cynthia’s concern for the health of her mother, who passed away in July of 2017, precluded any thoughts of running for office during the summer.

This disagreement, however, appears to be pointless. According to Dunbar’s attorney, whether there was an active campaign at the time or not is irrelevant:

“Although the complaint spends much time on it, when your candidacy was legally recognized is not the determinative question. As the FEC advised nearly forty years ago, an individual may pursue gainful employment while a candidate for federal office, without the compensation from that work being a campaign contribution, when (a) the pay is from bona fide employment independent of candidacy, (b) the compensation is in consideration of services performed and (c) the amount paid does not exceed the amount which would be paid to any other similarly qualified person for the same work over the same period of time.”

So even if Cynthia Dunbar was actively planning a campaign, and even if she had made a formal announcement and filed a statement of organization with the FEC, it still would not matter that she worked for Sayre Enterprises because candidates for office are allowed to have jobs.  Dunbar’s attorney continues:

“Mr. Johnson’s opinions of the market value of three months’ consulting work are unsupported and not persuasive. You have explained to me the facts of your employment and it will be a simple matter to document that, under the actually applicable legal standard, your compensation for the work that you did for Sayre did not result in any unlawful contribution to your campaign.”

The “Mr. Johnson” mentioned above would be Roanoke-based construction attorney, Joshua C. Johnson, who filed the complaint, a copy of which somehow found its way to the press in an apparent violation of election law. Dunbar’s attorney also addresses this illegal disclosure:

“In addition to the “complaint” being without merit, its publication violated the confidentiality protections of federal law. A complaint that has been filed with the FEC cannot be made public by any person without the written consent of the respondent to the complaint, which in this case is you. This prohibition is to avoid providing an incentive for exactly what happened here—the filing of a baseless complaint to be paraded in the press before it can have been subject to any real legal scrutiny.”

When the complaint was stamped as received by the FEC, those documents became part of the official investigation.  Providing a copy to the press appears to have violated federal election law.

If this is the case it would not be the only law violated in an attempt to derail the Dunbar campaign. At different points in the campaign forged materials claiming to be from the Dunbar campaign were released.  One was an email, and the other was a letter on official looking letterhead.

“the disclosure of the complaint to the news media, after it is filed with the FEC, violates the confidentiality requirements of federal campaign finance law. The fake email and letter also violated federal campaign finance law since they did not contain the required disclaimer provisions identifying who paid for it. With your permission, we will file a complaint with the FEC regarding these three legal violations.”

The convention to decide the Republican nominee to the 6th District convention will be held this Saturday, May 19th in Harrisonburg, VA.  You can read the entire letter from James Bopp here.