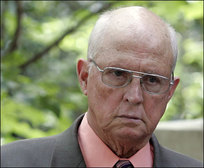 I repeat the words of our Supreme Court, “It is as much [a prosecutor’s] duty to refrain from improper methods calculated to produce a wrongful conviction as it is to use every legitimate means to bring about a just one.” Berger v. United States, 295 U.S. 78, 88 (1935).  Even Detective Newsome [working under the in-person direction of Paul Ebert] recognized that the Commonwealth “ha[s] an obligation to respect the Courts, to respect the process and to do what’s right.”  J.A. 331.  If only the Commonwealth practiced what it preached.

Judge Thacker was speaking of the misconduct of Prince William Commonwealth’s Attorney of 47 years, Paul Ebert, and his direct actions in the prosecution of Justin Wolfe.  High profile prosecutions or not, assisting victims or not, Ebert has deemed himself beyond the law.  His actions are evil, unethical, contrary to justice and Prince William County residents have a meaningful opportunity to remove him from office on November 3.

Justin Wolfe was convicted of a murder-for hire scheme of his drug supplier in January 2002.  By all accounts, Mr. Wolfe is not a poster child for wrongful conviction.  Nonetheless, the conviction was almost entirely based on the testimony of Owen Barber, the man allegedly hired to kill the supplier.  Wolfe was placed on death row.  Barber recanted his testimony.  Shortly before being executed, Wolfe obtained marginal relief in the federal courts that ultimately led to a ruling in 2011.

Judge Raymond Jackson of the U.S. District Court for the Eastern District of Virginia (Clinton appointee) found significant problems with the prosecution of Wolfe that lead to his sentence being vacated.

Not only was the Commonwealth in possession of information that would have revealed falsities in Barber’s testimony at the time of trial, it also knew that suppressing that information would result in denying Petitioner an opportunity to craft a defense based on that information.  Therefore, this Court concludes that the Prosecution used Barber’s testimony despite being on notice that it contained falsities. (citation omitted)

…the Commonwealth cannot be entitled to benefit from their deliberate ignorance of and/or reckless disregard for the falsity of Barber’s testimony.

Readers may have heard of the phrase suborning perjury.  In this instance the actions may have reached the level of criminal behavior under Va. Code § 18.2-436:

If any person procure or induce another to commit perjury or to give false testimony under oath in violation of any provision of this article, he shall be punished as prescribed in § 18.2-434.

In any prosecution under this section, it shall be sufficient to prove that the person alleged to have given false testimony shall have been procured, induced, counselled or advised to give such testimony by the party charged.

Even if not bad enough for prosecution, the ruling in this case was sufficient to show a violation of Virginia Rule of Professional Conduct 3.3 which requires candor to a tribunal, and mandates that an attorney disclose if a fraud has occurred on a tribunal(court).

Ebert shows his lack of humility

The Commonwealth was forced to retry Wolfe or let him go.  Instead of accepting that he did something wrongful, or even questionable, Ebert, along with detective Newsome and another prosecutor visited Barber in prison.

At this meeting Barber was informed that if convicted of perjury (based on his 2005 recanted testimony) he himself could be charged and convicted of capital murder.  The public is privy to the content of this meeting as it was secretly and unethically recorded without Barber’s knowledge.

Although there is not a blanket prohibition on one-party consent recordings at the advice of an attorney, the situation here—where the attorney participates directly in the recording—smacks of unethical deception.

Readers who wish to read some of the portions of this conversation can find it here.  pp. 45-47.

The day after this “meeting” Ebert moved to recuse his office from the retrial of Wolfe.

Fairfax Commonwealth’s Attorney Murrogh has taken over the prosecution.  Wolfe has still not been tried, and they have added six additional counts to the indictment.  We will know—after the election—how much of this is intended to protect Ebert. 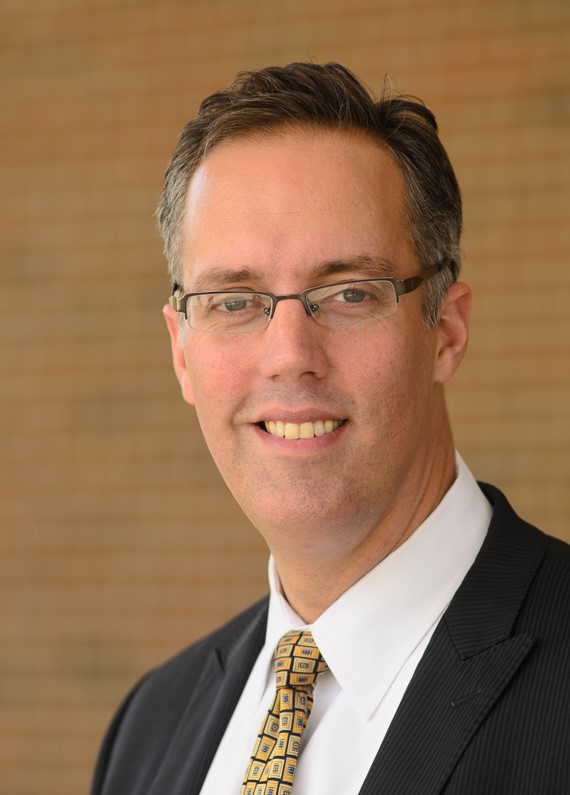 Mike May for Commonwealth’s Attorney

Just to reiterate, prosecutorial misconduct put Justin Wolfe on death row and he was almost executed.  When confronted about it, Ebert responded with a shrug as he explained that he does not want criminal defendants to mount a defense.

In July 2011 when the Judge Jackson ruling came down I made some inquiries in Prince William as to who I could help win in November based on the incredible 2011 ruling.  It was explained to me that Republicans did not have a candidate, and it would be unlikely that Republicans would have a candidate any time in the near future.  It seems criminal defense attorneys in Prince William are concerned about losing to Ebert and then being treated poorly by his office after the election.  You see, attorneys need to make a living.

In 2014 I met Mike May, a Prince William County Supervisor who was running for Commonwealth’s Attorney in 2015.  Despite the danger posed to him (and I dare say, his firm) in challenging an entrenched incumbent with a skewed moral compass, Mike May leaped into the fray and has a great chance of unseating Ebert.

Residents of Prince William, regardless of party, deserve a diligent and responsible Commonwealth’s Attorney.  After 47 years Ebert has lost his way.  A better option is available.

Vote Mike May on November 3.