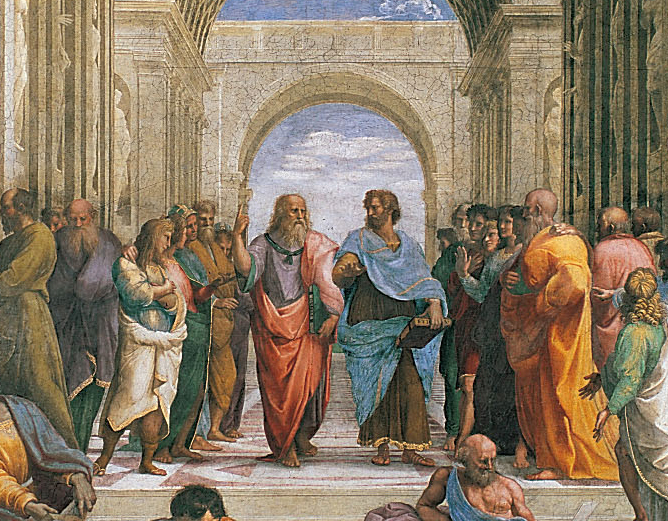 Doctors recommend a balanced diet. Too much sugar, too many carbs, too much gluten, too much dairy, too much alcohol, too much crystal meth and your body just doesn’t operate at its optimal level anymore. Well, the same is true in politics. Echo Chambers are like cults and opium dens. They leave us utterly disconnected from reality, devoted to obscene mythologies and unhealthy habits.

2017 has been inculcated in histrionics and hysteria, fake news, and the kind of rhetoric which will open these last twelve months of ours to centuries of brutal mockery, tears, and the gnashing of teeth. Let me just say, “Future selves, I’m sorry. We lost our minds. Yes… Hillary Clinton and Donald Trump were the best we deserved. Every civilization has to hit rock bottom. Forgive us. If we’re all still here a hundred years from now, then no harm, no foul. Let’s move on.”

If you want an example of how horrible echo chambers have become, you need not look further than the Libertarian Party which, small as it is, is fractured into as many camps and cults as their Republican and Democrat cousins.

The Green Party? Poor Jill Stein, beloved by naturists and environmentalists, was frothing at the mouth to abandon her post at the top of her ticket for the honor of serving under Bernie “The Mad Hatter” Sanders. Oddly, this Cheshire Cat almost captured the Democratic Party’s nomination on the back of Barack Obama’s populist movement.

Poor Bernie. The only thing the “Feel The Bern” folks felt in the Democrat Party was the iron fist of the Democratic Establishment. Meanwhile, the Republican Establishment was slapped around by the equally-populist Donald Trump, the libertarian Rand Paul, and the Constitutionalist Ted Cruz. Alas, Cruz and Paul were elected, which tainted them with the stench of swamp which so many republicans and disaffected democrats abhorred. The American People wanted a man who could grab our government by the pussy and #WIN as if he was Charlie Sheen on a political bender.

The Russians moved in and attempted to overthrow our election. Sadly, I believe that they failed to equal our own collective insanity. Did Putin really believe we needed his help? We’d already nominated Trump and Hillary. We already threw all caution to the wind. We already demonstrated that we’d worship Barack Obama.

Katy Perry is probably considering a run at the Oval Office.

Why not. Paris Hilton. Ron Jeremy. Why not?

Intellectuals… have we not been the ultimate followers? Trying to take hold of populist movements, commandeering their ships, and taking command over movements we’ll never be dumb enough to understand?

The rabble controls the echo chambers.

If you are an intelligent individual –  If you can think for yourself. If you know that every intellectual trapped within the populist histrionics of their own political persuasions are slaves to the very least of our great and noble historical ideologies- Well then, break free from the chains of the echo chambers and embrace one another as friends, as confidants, and as brothers and sisters.

I want to embrace smart people able to help people. If our solution requires a government, then there’s a flaw in our thinking somewhere. It’s time we rise above.

If that’s the end of our story, then we’re all screwed.

Destroy the echo chambers! Destroy the ideologues and ideologies. Smart people need to come together and lead this country toward efficacy and efficiency and meaning and purpose and success. We can do it. We just have to convince the people that their echo chambers are lying to them (and of course they are). We have to convince the people that it doesn’t matter how many guns or votes or money they have behind them, recklessness is recklessness and stupidity is stupid. Compassion and intelligence are virtues. Let’s uphold them together – because apart and divided – we’re dying.