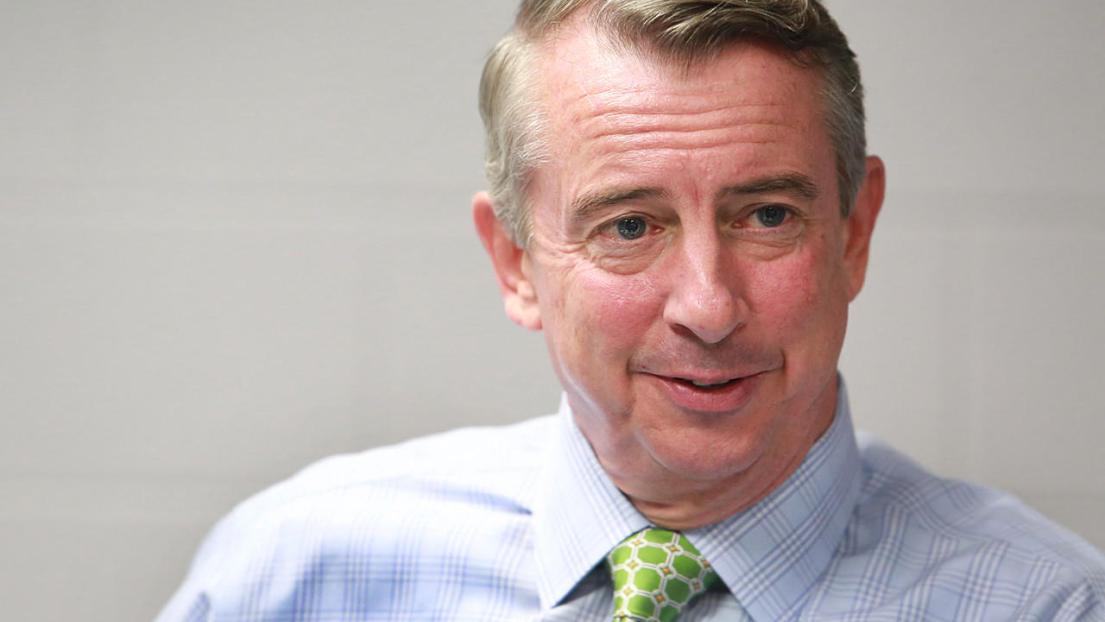 I didnâ€™t vote for former RNC Chairman Ed Gillespie in his pursuit of the Virginia Senate. Heâ€™s a Corporatist and a Washington insider. He was a flawed advisor to President George W. Bush and bipartisan lobbyist pioneer (meaning that he was one of the first to discover that you could buy both parties at the same time on the same issues). One of his clients was the US Chamber of Commerce, which is an organization whoâ€™s primary purpose is to secure open borders in the United States. He represents just about everything I hate about the Republican Establishment Class in Washington DC. If you want an idea just how broad and corrupt a lobbying firm he ran, look at the corporations and organizations theyÂ represented.

That said, we face real issues in Virginia. Illegal immigration and liberal migration threatens to turn Virginia into a strongly Democrat State. Liberal folks from Maryland (my home state and you donâ€™t want to know how awful they are, politically) have fled the horrors of their homelands and made their home in Northern Virginia. This reality could cost us not just the Governorsâ€™ Mansion, but the State Senate.

A bloody primary will not help the libertarian, constitutionalist, and conservative wings of the Republican Party.

Typically, I am of the opinion that fighting to the death against establishment candidates is necessary to build the strength of the conservative majority in Virginia. I still believe this to be true. However, Iâ€™ll never be one of those people who are willing to fall upon their own sword, to make a point. Unless Iâ€™m wrong, and Iâ€™m never wrong (hattip Princess Bride), there will be no great conservative challenger to Ed Gillespie for Governor in 2017. This is not a Lord of the Rings moment.

Itâ€™s not that the hour is later than I think. Iâ€™m not advocating inevitability. I am merely questioning whether or not this is a battle worth fighting. I suppose I should say, that yes, I have given up fighting for the Libertarian Party, and now advocate for Republican action, but that should not indicate that I am somehow in favor of everything I despise about the GOP. We are embracing a nation newly predisposed to despising Democrats. Democrats are losing left and right. My last home state of North Carolina elected their first Republican Congress in 100 years before I left. Itâ€™s done some good. Not a lot. But some.

If we all decided to embrace Ed Gillespie and if we demanded, early, as in right now, that he not run a campaign that would insult or harm conservative candidates in our local election, then I believe we could do some good. What if we asked three things from Ed Gillespie? Oppose Illegal Immigration. Oppose this silly Climate Change Agenda, and to oppose Medicaid Expansion in Virginia? What if he did those things? Could conservatives and libertarians and constitutionalists back him?

Yes, should be the answer.

So, instead of opposing this lobbyist from Washington D.C. a year before he lobbies us, letâ€™s lobby him. Itâ€™s worth trying and doing. Heâ€™s probably going to be our nominee anyway, why not pressure him with 3 issues we care most about with regard to Virginia?

Not on your life or mine… Ed Gillespie is all in for amnesty and decidedly NOT who we need to fight illegal immigration.

Yes , lobby all candidates on illegal immigration.
Illegal immigrants work in Virginia in our underground labor market.
Republicans could help in preventing this if only thet write proper employee misclassofication legislation.Gover McAuliffe is detecting them working as unlicensed building contractors.
This is why there was a DOLI policy change on July 1 , 2015 refering all unlicensed contractors and the licensed contractor conspirining withhem to DPOR for investegation also, the Oct. 14th , 2015 request by our AG herring wanting all complaints of unlicensed contractors to see his desk.
This story written should enlighten all who understand Statutes 54.1-1100 and the Virginia Employment Compensation Act http://watchdog.org/202012/subcontractors-shadow-economy- I bet the Trump camp would eat this up.
C’Mon Virginia Republicans these are Democrat Terry McAuliffe’s policy changes and they are a GREAT start , what can you do?
Our next Governor will sign Employee Misclassification Legislation into law . Will it be a joke ? I expect so.

GOPe seems to have a blind spot for cheap labor — nothing will change unless the GOPe become disabused of that notion. Start in the units.

Yes and some of our elected State Republicans are working for Presidential candidates , this issue alone should have us question thier campaigns , knowledge and credibility.
C’Mon republicans , you talk the talk but fail to walk the walk. Yup no worse than Obama still is no better.
So, ” build the wall ” , it is at least a start to protect Virginian jobs when when virginia legislators willingly fall short.
American Jobs
Defending the American Dream
Trump in 2016

My most memorable moment with Ed Gillespie came in the summer of 2007. Ed was RPV Chairman and I was running for re-election for the Loudoun County Board of Supervisors. All the Republican candidates for Loudoun, Fairfax, and Prince William were called to a meeting with Ed. We thought we were going to discuss strategy or get a pep talk. Instead we were given one demand. STOP CRITICIZING HB 3202, the bill which gave us unelected taxing authorities and the ridiculous abusive driver fees. Needless to say I didn’t agree to this.

Ed may very well end up being our nominee, and he is working hard right now to try and cut off any potential challengers, but that doesn’t mean we should stop looking for a more Conservative choice.

Mick, who was given unelected taxing authority? What did that bill do?

This bill gave the Northern Virginia Transportation Authority (NVTA) the power to levy taxes on the cities and counties in Northern Virginia and use that money for transportation projects in the region. The NVTA, however, is not an elected body and therefore not answerable to the people. We challenged this law in court and in early 2008 the VA Supreme Court ruled the bill was unconstitutional and it was struck down.

Wow! Sounds like a developer’s dream and a taxpayer’s nightmare. If Gillespie was supporting that terrible bill, he was dead wrong. Thanks for informing us!

The funding approach was struck down NVTA is still alive and well and has indeed funded proposed portions of several MWAA Dulles projects to local jurisdictions via grants and loans, correct?

Yes. The NVTA was created before HB 3202 was passed. Without the ability to levy taxes and have a funding source, though, they were not much more than a Coffee Klatch for a long time. Eventually the General Assembly gave them a role in allocating certain transportation funds in the region.

Ed did surprisingly well, and he ran pretty conservative. But he ran, and the voters chose Terry over him. That tends to be a significant signal for some. However it is a while out, and much can happen before then.

I realize 1971 was a “looong” time ago and many of you weren’t even born yet but Monty Python’s Flying Circus’ “And Now for Something Completely Different” Upperclass Twit of the Year sketch pretty much sums up for me these retread candidates proposed herein, including Ed Gillespie. How about something truely completely different as in a FRESH face, contrary to the RPV’s perspective they are out there!

ps: WARNING! WARNING! If you need a safe room to retreat to when confronted with politically incorrect material please start now to get a head start or totally avoid the link below. “upperclass twits” by Monty Python – https://youtu.be/TSqkdcT25ss

I’ve said this a million times, but Ed has done nothing to disrespect tea party conservatives. I think he’s shown genuine outreach and we need to understand when someone is trying to be our friend and we can have way more influence with a friend than with an enemy.

‘Disrespect’ as a verb -1; ‘tea party conservatives’ as anything but the tissue they cry upon -1; ‘shown genuine outreach’ -1 — Ed will be Ed; he will be as conservative as he can get away with but will be pragmatic and extremely malleable to his establishment base — If he’s the guy and he’s running against the forces of darkness, that will be good enough for me.

Of the three issues that you want to “lobby” to Ed Gillespie, only Medicaid expansion is up to Virginia to decide. That darn Supremacy Clause means the federal government pretty much controls immigration & a so-called climate change agenda.

Gillespie (and any other candidate for governor) would be stupid to make a federal issue a core part of their campaign.

Coal is a Virginia issue (and I should have spelled this out, that’s my fault) . In fact there are many industries in Virginia which face grave threats from federal regulation. We certainly need to be looking at every opportunity to protect our local economies from absurd regulations. We can’t stop federal regulations, you’re 100% correct, but we can respond to them, to refuse to pile on.

What the Commonwealth of Virginia is and does will be more important than what the federal government becomes and tries.

Geez, it’s a little early in the game to throw in the towel and “settle” for an Establishment-darling, big-gov., corporate-welfare lobbyist to be our nominee. Haven’t we learned our lesson about handing the GOP nomination to lackluster, appeal-to-the-moderates, nice guys WHOSE TURN IT IS?! Heck, where’s Bill Bolling – why not him?! Or maybe another has-been Jim Gilmore is free, after his joke-of-a-presidential campaign has run its course, If we’re so dispirited to choose Gillespie, we might as well just hand the governorship over to the Dems right now and save ourselves the bother.

Conservative principles are always worth fighting for. I sure as hell hope we can muster up at least a couple good CURRENT Conservative to run against Ed ‘TARP’ Gillespie for the nomination. Ken Cuccinelli, Shak Hill – are just two names off the top of my head; and I’m sure there are plenty of other fine candidates out there.

Listen up GOPe – haven’t you learned anything from the overwhelming popularity of outsider Trump’s campaign? Here it is: WE. DON’T. WANT. AN. ESTABLISHMENT. WONK.!! Especially one who supports comprehensive immigration reform a.k.a. amnesty!

No, just NO to Ed Gillespie for governor.

I started laughing at you when you said Shak Hill as a potential candidate.

Bill Bolling is running against Dave Brat; Jim Gilmore is trying for VP or a juicy spot in the Â¡Yeb! administration; Ken should for Senate against Cantor (Virginia likes rhymes — Ken for Sen is just like Bobs for Jobs); And Shak, well, he is just to make us smile. If no one else better runs, Ed is good enough.

Who knew this was a humor site!

Hill won’t run for Governor. But with his post as one of the main guys for the Cruz campaign, he might be able to gain enough traction to run for LT Gov.

Stop it, you’re killing me!