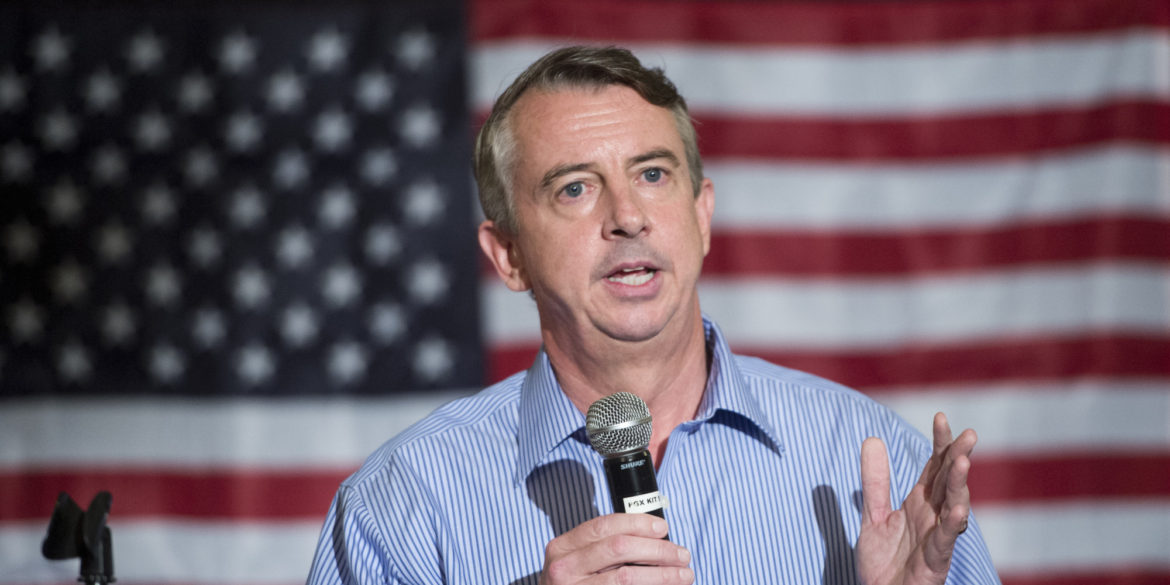 Ed Gillespie raises $1.8 Million in the first quarter of 2017

Candidate for Governor Ed Gillespie raised an impressive $1.8 million in the first quarter of 2017 and the campaign has over $3 million on hand.  2500 donors from across the state have contributed $100 or less.  66 of the 87 Republican members of the General Assembly have endorsed Ed Gillespie along with the majority of the State Central Committee and 30 local unit chairs.  Gillespie’s list of endorsements is impressive and can be viewed here. Both of my conservative, grassroots, representatives in Richmond, Senator Dick Black and Delegate Dave LaRock, support Ed Gillespie for Governor.  There’s no better recommendation than those two fine gentlemen!

Yes and Ed traveled to Texas to a fundraiser with oil millionaires and Pres.George W Bush. Ed is the obvious favorite son of the RNC and corporations like Dominion Power.
It was so obvious in the Liberty University debate that Ed has been so coached by his consultants that it was embarrassing to watch. He looked uncomfortable and embarrassed when Corey would fire a direc hit back at him.

I’ll start the comments with a question I am frequently asked, where is Rocinante? Everyone misses him! Come back Roc!

I DVR’d last night debate.
Would have liked to seen a story on the candidates responses .

Ed the an advisor to Bush.
Was he advising Bush on illegal immigration , which led Obama to believe if you can let in cheap labor , I can let in Goverment dependent voters.
And here we are today with killers and gangs in our sleepy little communities.

Look at Eddy’s , polished
looks like he is ready to pay his household bills maybe a Dominion Power bill, naa.
The Candidate for whatever is available in Va. runs in the pack of Marco Rubio , Jeb Bush.

Folks the Bush Republican led to the Obama Democrat.
If we elect Eddy , what will be the Democrat response in 4 years, horrific as Obama.
Virginia will not survive , it will be deep blue.

To get Va. in the black we must be pure red not corporate red.

Nothing makes me more
RED than to have some
WHITE collar smuck give away
BLUE collar jobs to someone who does not belong here.

How much money?
How many endorsements?
No story on issues?

Corey Stewart a steward of all Va.
Stewart for Governor!
The only choice!

Maybe he suffered the same fate as Reinhardt von Reganbacker lll did? As Reinhardt found out, a sitting member of Congress, or possibly their staff, can take your pseudonym down in a matter of minutes.

We did not remove Rocinante or Reinhardt.

No, I didn’t mean to imply that at all. Not at all.

After calling Brat a liar on Brat’s Facebook site regarding the false Brat claim that Social Security is now insolvent, in matter minutes, Reinhardt’s Facebook account was cancelled.