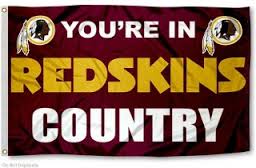 There is currently a bill before Congress that opposes the Redskins’ name by removing any tax exempt status for any team using the name. It would force the Redskins to change their name. Harry Reid and the democrats support the bill. During the Redskins-Dallas game last night Ed Gillespie made it clear in an ad that he supports the Redskins keeping their name. Gillespie said “I’ll oppose the anti-Redskins bill. Let’s focus on creating jobs, raising take-home pay, and making our nation safer, and let the Redskins handle what to call their team.” [read_more]

In contrast, Mark Warner has repeatedly refused to say if he will support or oppose Harry Reid’s efforts to change the name of the Washington Redskins. Warner’s evasions make it quite clear that he does not support the Redskins historic name. Shame on a Virginia Senator who doesn’t support the football team supported by the majority of his constituents for 60 years!