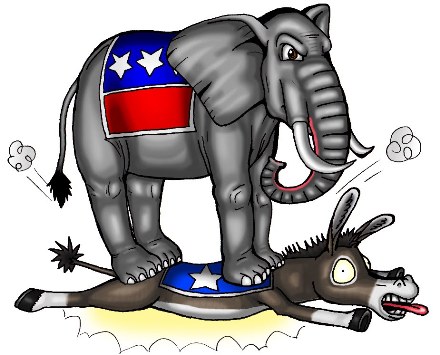 Ed Has the Energy, Democrats Sense Northam is in Huge Trouble

There’s something very different in the air in Virginia.  And that is the fact that the average Democrat on the street knows that the ticket of Ed Gillespie, Jill Vogel, and John Adams may not be going down come November 7 to an ignominious defeat.  Gone are the days when the talk was about how outrage towards Trump would be enough to guide the Democrats to a stunning win in November 2017 and be the start of a wave which would give Democrats back the US House and Senate.

And while both sides can show polls which have either Northam or Ed Gillespie ahead, there is one fact which Democrats cannot get past, and that fact is – Northam is little better than a stuffed shirt who will say anything to get elected.  Here is a guy who after being a State Senator for over a decade, and Lt. Governor for the past four years, cannot articulate why he should be the next Governor.  He won the primary over an exciting (if not mildly insane) Tom Perriello by calling President Trump a “narcissistic maniac”.  Yet now Northam says he wants to and can work with President Trump.

Whenever Democrats bring out the R word (Racist) you know they’re in trouble.  So to try and gin up their own base, they’re now trying to say that Ed Gillespie is a tool of white anarchists who want to put African Americans back into a time era when we had Jim Crow laws.  However anyone with half a clue can see that Ed Gillespie has gone out of his way to welcome Americans of all colors into his movement.  Ed has campaigned with Asian Americans at the Eden Center in Falls Church, and at so many other locations with so many other ethnicities that it would take hours to list. And instead you have the Northam/Herring ticket leaving the African American Lt. Governor candidate off the ticket because the Lt. Governor candidate better represents the lunatic base of the far left than does Stuffed Shirt Northam.

But the real showing of just how bad off Northam is comes from the body language of Democratic activists.  And how they are behaving.  There is no spring in their step, such as they had in 2008 when Barack Obama was first elected, or in 2013 when they gave us Terry McAwful.  There is no talk now about how they were going to show Donald Trump. Sorry libs, but hating the President is not a winning campaign strategy.

Campaigns are won by issues and ideas which mobilize your volunteers to do the hard work necessary to win elections (door knock or make calls or stuff envelopes or go on social media and vouch for their guy/gal).  Ed has thousands of volunteers in each region of the Commonwealth knocking on doors and making phone calls.  My Facebook account is 50-50 when it comes to D vs R.  And all my GOP friends are talking about how we need Ed/Jill/Adams.  Few if any of my Democratic FB friends are touting Northam/Fairfax/Herring.

It’s so bad that in the 1st Magisterial District of Shenandoah County, the Democratic party is campaigning hard for an independent candidate for the Board of Supervisors, but is not doing much to promote their own statewide ticket.   And my neighbors who are Democrat activists are either going into a meltdown or are not doing the work needed to get out the vote.  One of my neighbors stopped by my house Saturday evening to start cursing the entire GOP and Tea party as being “the most anti-American people he’s ever met”.  He said other things which I won’t repeat on here.  People of this ilk don’t understand that is not the right way to get people to the polls.

We do not know what is going to happen come the night of November 7. And 8 days is a long time in politics, just ask President Hilary Clinton. But we do know that Team Ed is fired up and the volunteers are ready to go.   E stands for Energy.  E also stands for Ed.  Ed has the energy, now it’s time for us to bring it on home!

Ed Has the Energy, Democrats Sense Northam is in Huge Trouble was last modified: October 30th, 2017 by John Massoud

Wow, that ad is going to backfire big time. Are they actually playing that on TV?

The democrats always over-estimate the number of voters that buy into their “everything is racist” narrative. That’s what happens when you live in an isolated little bubble and not in the real world.

And its sponsored by a brown supremacy group, icing on the cake.

the group is tied to obama and far left groups. http://latinovictory.us/founders/

It is Democrats projecting their own racism onto Republicans. Thankfully, a growing number of people are recognizing that the Republican Party is the party of opportunity and equality (as it always has been), while the Democrats are the party of racism and division … as they always have been.

Not a big fan of Ed, but the alternative would be disastrous! Huge economic projects are in play for my neck of the woods, and I believe the outcome of the gubernatorial race will be a deciding factor. Electing a demwit that would try to destroy our right to work laws would take us out of the running faster than Rosie O’Ddonnell pouncing on a pan of unattended brownies!

I get the feeling too that the GOP ticket has the momentum.

E is for Enron.

A is for the guy who got pulled into the race and didn’t think he’d win.

“and that is the fact that the average Democrat on the street knows …..” It is simply great that you are a mind reader and know everything that anyone anywhere thinks and feels. No need for polling, town halls, or even talking with your neighbors when we have you.

The problem is that Ed Gillespie is also a stuffed shirt. His ads are little more than fluff that don’t really inspire. Neither Northam nor Gillespie are firing up their base except by using fear of the terrible things that “could happen” if the other one is elected.

E is for Enron!

V is for trans-Vaginal! (And, Very much money from Daddy)