Ed Runs Up the Score Before Team Shak Takes the Field 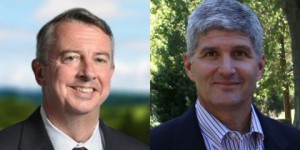 In dueling blast emails yesterday, both major candidates for the GOP nod to take on incumbent U.S. Senator Mark Warner heralded major developments for their respective campaigns. Gillespie struck first, with an announcement that his campaign had already signed up over 1,000 Delegates to the Republican State Convention, where GOP activists from around the state will gather in Roanoke to choose the nominee in June.

Over the weekend, Ed’s campaign for U.S. Senate reached a significant milestone. In one month on the trail, we’ve recruited over 1,000 delegates to support Ed at the June 7th Republican Party of Virginia Convention in Roanoke. This is a huge sign of the momentum behind Ed.
Join them by signing up to be a delegate today: http://edforsenate.com/delegate/

Folks are excited about this campaign. They speak about the energy & enthusiasm Ed brings to this race. Virginians are ready for Senator Mark Warner to have a serious challenge this year — and Ed is doing just that.

Conservatives are uniting behind Ed and we would like to see more Virginians of all walks be a part of his campaign. Please continue to direct people to www.EdForSenate.com and encourage them to get involved with the campaign.

This is an impressive showing at perhaps the most crucial time of the campaign: before most local GOP committees have their mass meetings to select Delegates to the Convention. What it means is that the Gillespie campaign has been working the phones and the shoe leather to identify, meet, persuade, and spur into action a number of delegates likely to be 25% or more of what they need to secure victory on the first ballot (assuming these Delegates actually show up in Roanoke).

Meanwhile, in what can only be described as an unfortunate coincidence of timing, the Shak Hill campaign released an email shortly after Gillespie’s was hitting Republican inboxes that touted not the successes they’ve had at recruiting Delegates, but that the Hill campaign had finally recruited the staff who will recruit the Delegates. For what it’s worth, Gillespie’s staff announcement came nearly a month ago, on January 21.

Christopher brings over 20 years of local, state-wide, and Congressional race experience to the team. He has worked for numerous conservative candidates in both paid and volunteer experiences beginning as a young volunteer with Mike Fariss for Lt. Govenor in 1993. Christopher has also worked as legislative aide at the State Senate of Virginia. He has served several terms as the Chairman of the Cumberland County unit committee and is currently serving in his third term as a State Central Committee representative from the Fifth Congressional District.

Chris Farmer is a veteran of Northern Virginia political campaigns at all levels. He is an active member of several Republican clubs in Fairfax County. Last election cycle Chris helped the statewide candidates as a Field Director in North/Central Virginia.

Steve has long been active in Conservative Republican politics and is a veteran of Seventh District politics. Most recently he served as Finance Director in the EW Jackson campaign for Lt Governor, where he led in raising a record number of small contributors in a statewide race.

Meg worked recently at Americans For Prosperity as a Field Director coordinating grassroots activities in eastern Virginia. She lives in Fredericksburg with her husband and children.

Larry is a communications professional who has worked on a large variety of campaigns. He is the president of Political Media, Inc.

John has published numerous articles and books relating to home schooling and the life of Catholic parents.

Given the tight turnarounds involved, most local committees have chosen to schedule their mass meetings in March, so this means the Delegate field is still wide open for both camps.  But it appears Gillespie, so far, has taken a significant early lead.

Ed Runs Up the Score Before Team Shak Takes the Field was last modified: February 18th, 2014 by Chad Ochocinco

Virginia: Is Shak Hill’s Campaign Illegally Coordinating With Outside Groups? | JHPolitics May 15, 2014 at 4:50 pm

[…] enough, when the Hill campaign announced their various staff hires earlier this year, Mr. Ward also made an appearance. Here is what the […]

[…] officials and members of the General Assembly. And, as we noted earlier in the week, Hill’s field effort appears to be getting a bit of a late start. But endorsements like this are exactly what Hill needs in order to demonstrate to convention-goers […]