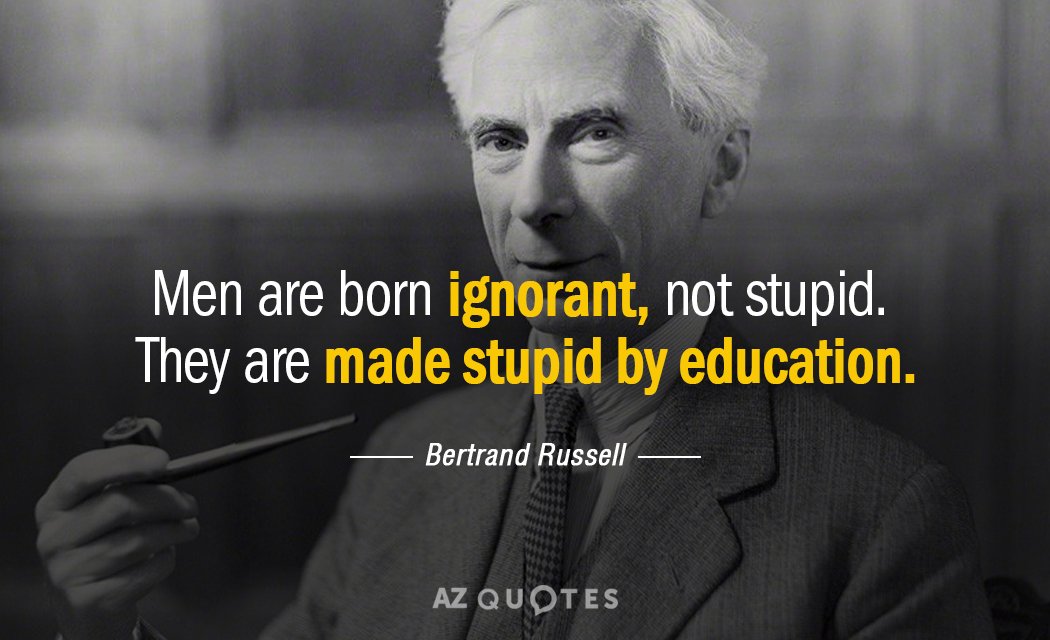 Education in Schools of Leftist learning

My first encounter with the daunting public school education system was in a little town in the deep south where I applied to be a substitute. To my surprise, the principal of the local high school told me that they could not â€œtake just anybody off the street,â€ one had to have a teaching license to be a substitute, just having a degree would not suffice, it had to be in education.

As I learned much later, most substitutes were generally glorified babysitters who did not really engage the students academically. They just passed worksheets assigned by the absent teacher and tried valiantly to deal with the behavioral problems of unruly students.

I also learned that teachers with non-education degrees, mathematics, chemistry, physics, history, after years of experience and training in the classroom, could not receive an automatic teaching license, unless such teacher went back to school to take education courses, be supervised for a year or more by a â€œseasonedâ€ licensed teacher in order to complete their training. How insulting for someone who has taught for twenty years or longer and had to be supervised by a junior teacher with less experience and knowledge!

Undeterred, I asked the Superintendent of the small public school system and I got the same answer. I checked to see if a teaching license was required and I got several different answers. This was 1979, the year Jimmy Carterâ€™s Department of Education was established when our public school education began its decline, reaching bottom with Common Core.

Perhaps the administrators believed that a person coming from a communist country could not possibly teach American students any values or history worth learning and were afraid that I might warp their minds with communist indoctrination.

Since I fled communism and had not been indoctrinated at all, I resigned myself that I was not educated enough to be a substitute in their public schools. Sadly, I had met some of the â€œlicensedâ€ teachers and I was not impressed at all with their overall knowledge and lack thereof.

In case you wondered where many public school teachers learned their â€œforwardâ€ methods of teaching, their â€œexpertâ€ craft, Marxist ideology, and where textbooks and ever-changing methodologies like Common Core came from, you get an idea from the list cited.

The schools of education around the country indoctrinate future teachers who in turn propagandize socialism and Marxism to our students and degrade the education system with the Common Core methodology and all its ancillary materials.

My first encounter with higher education was in 1982 when I started taking classes at the nearby university and I was shocked to learn that many of my professors who were prepared in their subject areas, were also not just liberals, but some were rabid Marxists.

I was surprised at the high concentration of liberals among academia, professors who worshipped at the foot of Marx and Lenin. The campus was pretty much a socialist enclave where English professors adored deviant behavior and discussed it at nauseam in their classes.

We could not express anti-communist opinions or anything else that was divergent from the college professorâ€™s stated opinions. Students were bullied into submission. They knew that there would be serious consequences to grades and student standing.

Even though there is not one person who has all the right answers, college professors put themselves on narcissistic pedestals on the conference circuit around the country, awarding each other titles and meritorious plaques, letting everyone know that they are the ultimate source of suitable information and, if you have or believe someone elseâ€™s opinion, it is not worth having.

I thought, whatever happened to the campus being a place to freely exchange ideas, for polite discourse, examination, and arriving at solutions to a problem?

The darling professors were and still are protected by an old system of tenure which assures them that they can never be fired no matter how outrageous their behavior, what they teach, and how they teach it. The tenure system guarantees that they can be activists and teach our children to hate America, its history, and to even hate themselves, and still keep their jobs.

This disease called tenure began in America sometime in the late nineteenth century, modeled after a much earlier German tenure system. It was necessary then as industrialistsâ€™ ideas (they financed many universities) and the liberal and populist professorsâ€™ ideas diverged. That reality is long gone but tenure still exists today.

A professor should be free to discuss politics and philosophy at appropriate times and in appropriate places but all sides of the discussion should be allowed to interject. That is when learning occurs. Bringing up politics in classes with subject matters that do not involve politics is inappropriate.

In addition to student Marxist indoctrination, universities have become enclaves of self-selection. Committees choose mostly applicants who believe the same as they do. Consequently, politically conservative professors seldom get hired or are tenured by committees of like-minded liberals. A poll found out that in Ivy league schools, a mere 13 percent of the faculty is libertarian or conservative.

It is sad when a student has to agree with the professorâ€™s social and political views in order to get a good grade in class. Students are not there to get a diploma in social justice activism. They are there to learn real American history, science, mathematics, engineering, that will lead to an employable and useful profession. Otherwise, the college diploma is worthless and students are better served in a trade school.

There are many other important reasons why our colleges and universities have become â€œinstitutions of leftist learning.â€ To undo the damage done to future generations, universities would have to end tenure, the self-selecting committees, to abolish the Department of Education, and to fire teachers who discuss politics in subject areas that have nothing to do with politics.

Professors must return to teaching students how to think objectively, not what to think, echoing the professorâ€™s beliefs. That is how America once had the best higher education system.