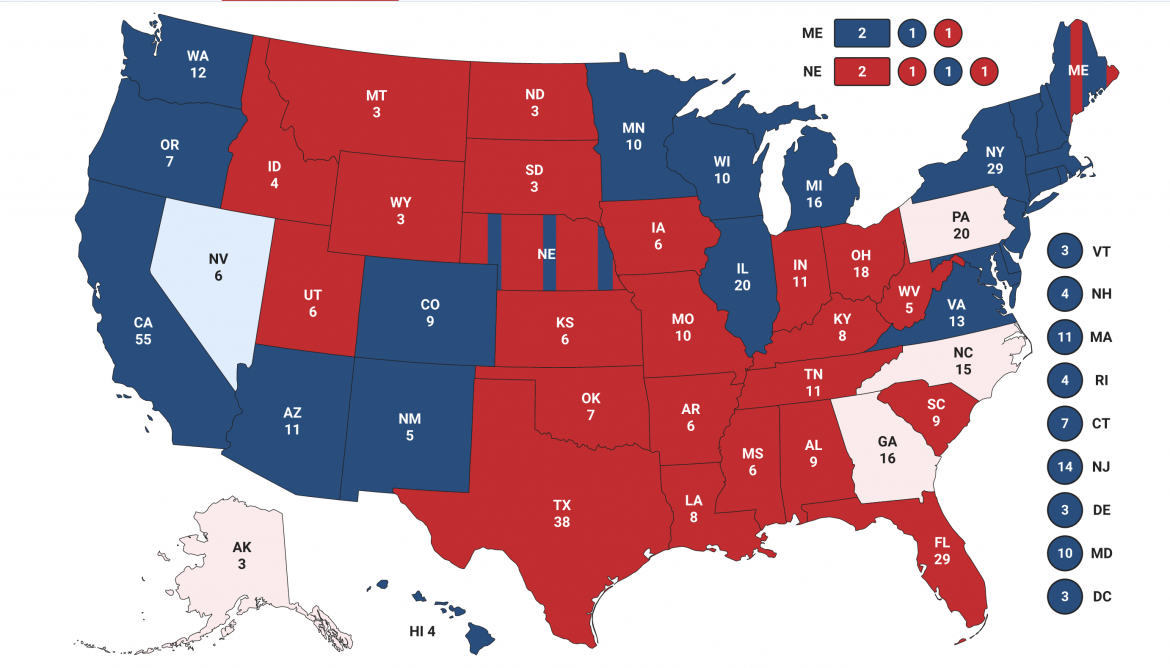 I snorted when Biden – or whoever handles his social media – on Wednesday Tweeted out a conciliatory, “To make progress, we have to stop treating our opponents as enemies. We are not enemies.”

This from the guy who once said “Republicans want to put y’all back in chains.”

You reap what you sow, Joe.

This election is not over. There is a narrow path for re-election for Trump. In 2000, Al Gore went to court and fought until December trying to secure a win. We’re two days out from a razor-close election that was a nationwide experiment in mail-in voting, which invites ballot harvesting and other forms of fraud. Yet some are acting as if the president is out of line to head to court to make sure that only legally cast votes are counted.

Trump has as much right to demand a good count as Gore had 20 years ago.

If Biden becomes the 46th president, America will have elected a not-very-bright, fragile old man who appears to be in the early stages of dementia. His attitude toward China is awful. His alliance with the far-left in his party is frightening. His stance on the 2nd amendment is unacceptable to many of us.

Fact is, the country is deeply divided. If Biden wins, he’ll have to forgive Trump supporters for not joining hands with Democrats for a national Kumbaya singalong.

You see, we remember 2016. Trump won and angry Democrats took to the streets wearing stupid vagina hats and proclaiming themselves “the resistance.” We remember Maxine Waters chanting “Impeach 45” as soon as he took office. We remember massive marches with celebrities braying that they’d thought about bombing the White House and posing with bloody Trump heads. We remember what they did to Brett Kavanaugh.

We remember being called deplorables, rednecks, racists, white supremacists, xenophobes, Trumptards and worse. We watched for four years as the disloyal Democratic opposition relentlessly undermined the president and ruthlessly mocked anyone who dared support him.

Don’t worry, if Biden wins we won’t set cities on fire. We won’t loot. We won’t parade around in penis hats.

From the excellent Virginia blog Kerrydoughtery.com