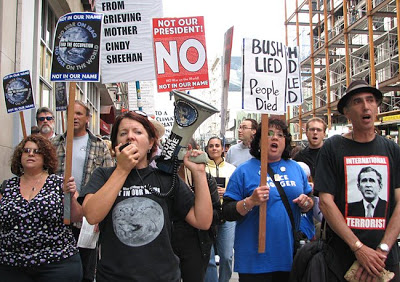 Election-year Drama, Then and Now

Congressional election-years that are not presidential election-years often feature crazed attempts by the party that is out of power to regain the Congress and neutralize the sitting president for the second half of his term. The out-of-power party usually believes using the Congress to damage the president is a necessary first step to regaining the White House.

Democrats used this strategy in 2006 with considerable success. Recalling this prompted me to review some events that roiled that congressional election year. Of the many available, six seemed to demonstrate the political temper of that time. (I have numbered them [n] for later reference.)

[1] On August 10, 2006, British authorities announced discovery of a massive plot to destroy, in-flight, at least ten transatlantic American jetliners with binary explosives whose ingredients would have been brought onto the planes in carry-on luggage. (Binary explosives are made by mixing separate chemicals which, individually, are not dangerous.) British police arrested 24 suspects. Two of the three ringleaders apprehended had reportedly visited Pakistan and received funds wired from that country.

The plot could have caused thousands of passenger deaths over mid-ocean. But the media’s primary story-line dwelt on annoyed passengers whose shampoo, hair-gel, perfume, bath oil and after-shave lotion were seized by airport security inspectors. Margaret Gavin, 67, waiting to board a train, asked, “Why should I change my life because some idiots want to blow something up?” That she might have been that “something” seems not to have occurred to her. The media made much sport of the “shampoo-campaign.” (The War on Terror was becoming a real nuisance.)

[2] On the day the shampoo plot was busted, six Egyptian students (of 17 who had entered the USA on student visas) were arrested for not reporting to their scheduled college classes. Another five were still being sought by the FBI. (Six had reported properly.) Within a few days the missing five were also found. None appeared to be connected to terrorist activity in the USA, but Customs and FBI officials said foreigners on student visas are now tracked carefully because one of the 9/11 hijackers had reportedly held an expired student visa.

[3] On June 23, 2006, the New York Times revealed a secret National Security Agency program which tracked terrorist finances through the Society for Worldwide Interbank Financial Transfers (SWIFT), a private Belgian cooperative. The Times article’s authors defended the public’s “right to know,” but President Bush and some congressmen denounced the article as “treasonous.” Rep. Peter King, Chair of the Homeland Security Committee, urged Attorney General Gonzales to pursue possible criminal prosecution. Officials of the NY Times, the Washington Post, and the Los Angeles Times – all of which published the controversial report – argued that the report was not a security-breach, as the NSA program was common knowledge. But critics noted that some terrorists were ignorant of the program before those papers disclosed it.

[4] John Knox Press – a division of the denominational publisher for the Presbyterian Church USA – released a book in July 2006 which claimed that the attacks of September 11, 2001, were orchestrated by the United States government, not by terrorists. Christian Faith and the Truth Behind 9/11: A Call to Reflection and Action was the third book on 9/11 conspiracy theories written by David Ray Griffin, a prominent “process theologian” who is a Professor Emeritus of Claremont School of Theology. (Process Theology is a doctrine which denies the omnipotence and omniscience of God. No Presbyterian branch accepts it.) 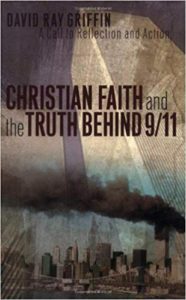 Dr. Griffin claimed that hijackers were not on the crashed planes. He believes planted explosives brought down the World Trade Center towers. The 5,000 copies of the book’s first printing were quickly sold out, and it had several later printings. In an interview with Washington Times religion reporter Julia Duin, Dr. Griffin claimed that “neo-conservatives” orchestrated the attacks so their war-program could become official policy. Miss Duin’s article1 of August 18, 2006 noted that many Presbyterians – including John H. Adams, then-editor of Presbyterian Layman – were furious that John Knox Press put the denomination’s imprimatur on Griffin’s wild charges.

[5] Since voters retired him in 1980, Ex-President Jimmy Carter has migrated from respected Christian humanitarian to sanctimonious foreign policy gadfly to all-around pain-in-the-patootie. In a series of post-9/11 interviews and articles Mr. Carter –

Some of Mr. Carter’s statements smacked of treason, but his age and status as a liberal ex-president protected him from prosecution.

[6] Sixth Federal District Judge Anna Diggs Taylor2 struck down the National Security Agency’s warrantless electronic surveillance of terrorism suspects. In a 43-page opinion, Judge Taylor said the wartime practice violated citizens’ rights to free speech and privacy, as well as the separation of powers enshrined in the Constitution. Judges in other districts had let the program stand, but Judge Taylor concurred with the ACLU, which had brought the suit on behalf of journalists, scholars, and lawyers. ACLU executive director Anthony Romero jubilantly called Taylor’s opinion “another nail in the coffin in the Bush administration’s legal strategy in the war on terror.” (Wonderful. Do you feel safer now?)

What can we make of all this? Some retrospective observations –

These and many other 9/11 myths have been debunked by experts since the attacks occurred. But conspiracy aficionados ascribe the debunking to an official “cover-up.” True believers cannot be dissuaded by mere facts.

How did these events play out in 2006? Legal, journalistic and political efforts intended to damage the president distracted us from the issue of greatest moment at the time – i.e., the ongoing War on Terror. Instead of working together to defeat radical Islam, parts of the media, the Church, the courts and the body-politic were essentially working to help us lose.

Mr. Bush’s political enemies played a deadly game of “dodge ball” with the war in 2005-‘06. He dodged bombs thrown by the media, courts, churches, lawyers, politicians, academics and assorted nutcakes. Many throws missed, but some scored. Each hit weakened the country a little more. The “throwers” seemed willing to accept this if it damaged Mr. Bush and the Republican Party. We didn’t lose the War on Terror, but those attacks crippled Mr. Bush. He tried to stand aloof from Democrats’ onslaught, but his failure to return fire certainly contributed to his party’s loss of both houses of Congress in the 2006 elections.

The current year resembles 2006 in some ways. Democrats and their media allies are again waging a furious war on a Republican president and Congress. This has included:

W. Bush is a good and decent man who did respectable service as president at a very challenging time. He wasn’t perfect, but who is? But whatever he was, Mr. Bush wasn’t a brawler. Not only didn’t he bring a gun to a knife-fight – he didn’t get in the fight at all.

Coaches since the original Olympic Games have repeated the adage: you can’t win the game if you don’t get on the field.  Either Mr. Bush didn’t know that, or else he had no intention of playing the game his enemies were playing. There was no way his team could win in either case.

As in ’06, Dems hope to gain control of the Congress so they can block the president’s agenda, impeach him, and perhaps expel him from office. If they succeed, it will be their towering moment. The difference between now and 2006 is that an entirely different kind of man is in the White House. Mr. Trump seems determined not to lose the Congress during his tenure, so he is returning fire with a ferocity that has shocked and dismayed Dems, who are used to gentlemanly non-responses from GOP presidents. The tactic seems to be working.

Calling the America of his time a “house divided,” Abraham Lincoln said, “A house divided against itself cannot stand. I do not expect the house to fall, but I do expect it will cease to be divided. It will become all one thing or all the other.” He might have been talking about us today.

We cannot continue indefinitely as we are. In the next few months we shall decide if we are warriors or dead men walking. Civil liberties mean nothing to a corpse. 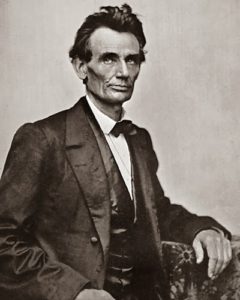 Election-year Drama, Then and Now was last modified: August 17th, 2018 by Woody Zimmerman

1) Just tell me, how has my economic situation improved under Trump?

2) What are the notable foreign policy achievments under Trump?

I don’t know about you, but the tax cut has added over a thousand dollars to my pocket and helped stabilize the job situation for my son-in-law. As far as foreign policy is concerned, he got rid of the atrocious Iran deal, has prevented North Korea from launching ICBMs over Japan, and rewritten the books on trade deals that undermined American workers.

Am guessing you think this is all Obama’s doing – you would be wrong.

The first President Bush threw away the Reagan legacy as well as the popular sentiment over his war win. He did it by embracing global socialisms economic demands. The second President Bush did much the same thing. Thus the American people suffered through 4 presidents who decided that America needed to be dismantled and transformed to join the world community.

The middle American citizen has a right to be frustrated and angry at both party establishments. President Trump was elected by a pox on both your houses answer.