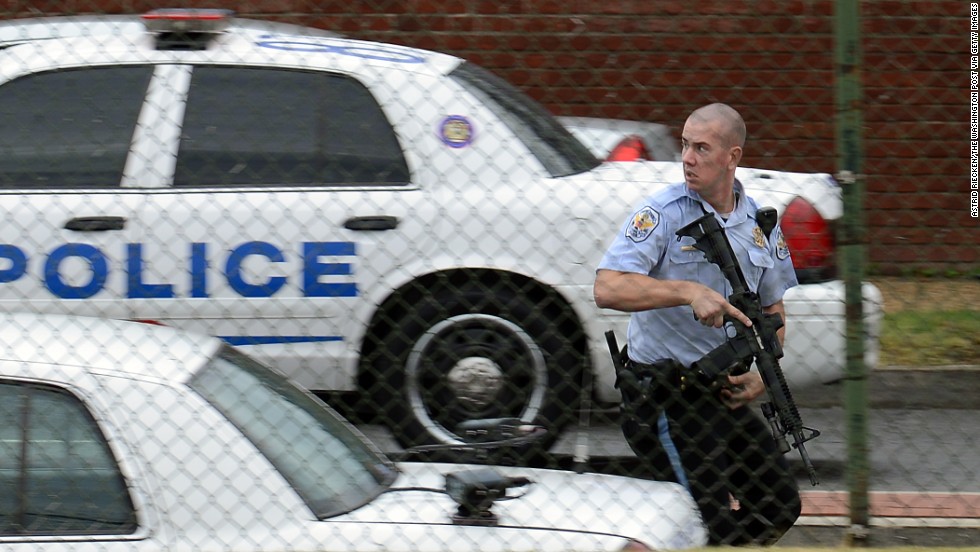 An Officer Responding to the Navy Yard Shooting

There is another September anniversary we need to examine, and it is not 9/11. The lessons from this anniversary will end mass shootings.

Six years ago, on September 16, 2013, the Washington DC Navy Yard was under attack. On that Monday, over 3,000 Navy Yard employees would report as normal to work with a desire to make the Navy stronger, and in turn make America safer. Yet on that day, there would be a shooter in the building that threatened the lives of each of them.

Jennifer Bennett was one of them.

As she was evacuating the building down a stairwell, she walked into the shooter and was shot point blank with the sawed-off shotgun. That event caused time to slow down into a super slow motion that she calls her â€œmatrixâ€ moment. When the shooter lowered his weapon, Jennifer says that she saw every move of the shooter â€“ frame by frame, millisecond by millisecond.

She saw the â€œshotâ€ leave the end of the barrel and head straight for her. As it flew threw the air, she watched it come closer, then strike her left shoulder. She next heard the familiar sound of a shotgun blast, as if to congratulate the shot for hitting its target.

The shooter left his post thinking he had another kill and went down the stairs. Jennifer was able to escape by going up and then out to the roof. After an hour and ten minutes, Jennifer was dramatically rescued by helicopter and flown to safety. Within minutes she would be in surgery to repair the hole in her left shoulder. (Yes a hole, think Elmer Fud and Bugs Bunny.)

Her incredible recovery would last months, including subsequent surgeries and painful physical therapy.

I had the opportunity to speak with her and she believes her insights just might lead to the end of all mass shootings.

Q: Jennifer, how are you doing?

It is well with my soul. I have pain every day, but the days are getting better. I am thankful for all who kept me alive. From those on the roof with me, to the helicopter team that rescued me, to the surgeons that put my shoulder back together. They are real heroes to me.

The discussions today identifies the â€œwhatâ€ that causes them. Many are talking about the gun, the size of the magazine, and background checks. Although mass shootings by definition require a gun, it is not the gun that commits them, itâ€™s todayâ€™s culture that creates them. Itâ€™s not the gunâ€™s fault, it never has been and never will be. Itâ€™s the culture America has created that allow mass shootings.

Q: What do you mean by todayâ€™s culture?

Americaâ€™s have always had access to firearms. In fact, without them, we never could have won our independence from England. However, when I was going to school in the 1960â€™s, we still had guns, but we didnâ€™t have the culture of mass shootings that we have today.

Q: You have mentioned â€œcultureâ€ a couple of times. What about our culture are you talking about?

Q: Can you be more specific?

American culture was founded on Christian principles that are literally enshrined in our founding documents. Today, our culture has eliminated any reference of Christianity. And in some cases, personal religious beliefs actually land the faithful afoul of the law. The last few decades have witnessed an increased hostility toward Christians. When government can punish an individual for not baking a cake, or selling flowers, or paying for abortion, then the culture has shifted away from religious freedom to something else.

American culture no longer values life. With abortion on-demand up until the moment of birth, our culture has shifted away from a culture of life to a culture of death. Politicians now openly discuss and pass legislation that remove lifeâ€™s value, starting from the beginning of life (conception) to after the child is born (infanticide), to the end (assisted suicide).

Every person today knows that their mother had a â€˜choiceâ€™ to kill them or to let them live. Letâ€™s be honest. If a mom can kill her own baby, then itâ€™s not too far-fetched to think that years later, that same baby could choose to go into a school, a movie theatre or dance club and kill someone? A culture that allows the killing of innocent children facilitates the killing of innocent students, movie goers or dancers.

Q: I can tell you have something else that is on your mind.

Yes, our culture no longer allows our children to fail, or to face the consequences of their actions. The way we grow up has an unshakable influence and impact on the way we live as adults. Today, if a child doesnâ€™t pass a class, then itâ€™s the teachersâ€™ fault. Everyone who tries out for the cheerleading squad makes it, and at the end of the season, everyone gets a trophy. But this isnâ€™t how the world works.

So, when that child grows into adulthood having never failed at anything, itâ€™s no wonder that lifeâ€™s ordinary challenges can turn into huge events that these adults are simply not prepared to handle. And when there is no God to answer to, and no value for innocent life, it is not too implausible to think this adult just might go out and buy a gun to punish the person(s) who made them fail.

Q: As we approach the sixth anniversary of you being shot, what final thoughts do you have?

Jennifer Bennett is the only Navy Yard employee to be shot and survive. Her book, “Standing Still in A Culture of Mass Shootings” explores in greater detail her beliefs about mass shootings and how to shift the culture back to a culture without them. Learn more about her at NavyYardSurvivor.com.