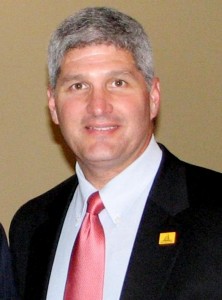 On May 22, Shak Hill Received the support of Ambassador Alan Keyes. The former presidential candidate’s support came in the form of an email touting Hill’s pledge to impeach President Obama. The pledge was solicited by the Conservative Majority PAC, which Keyes serves as Chairman.

The decorated former Air Force combat pilot recently signed a candidate pledge that calls for initiating the president’s impeachment for unconstitutional usurpations and betrayals of his oath of office, summarized in a comprehensive case against the president.

The Keyes endorsement came on the heels of additional Tea Party support for Hill, including endorsements by former 5th District Congressional candidate Jim McKelvey, and stamps of approval from the Lynchburg Area Tea Party and the Southwest Virginia Tea Party.

I hope the delegates at the upcoming Republican US Senate nominating convention in Roanoke will also thank you with their support as they come to understand and appreciate your willingness and commitment to defend their rights which flow from the â€œLaws of Nature and Natureâ€™s God.â€

This string of endorsements comes as Hill prepares to take on former Republican Party Chairman Ed Gillespie next weekend at the party’s state convention in Roanoke. In addition to the National Right to Life Committee’s endorsement we reported here, Gillespie also enjoys the support of 65 members of the Virginia General Assembly, dozens of local Republican chairmen, and a majority of the members of the Republican Party of Virginia’s State Central Committee.

Click here for a list of publicized endorsements for Gillespie. We previously reported a number of additional grassroots endorsements of Shak Hill here.

Since The Bull Elephant missed this tidbit…an informed citizenry is necessary…
https://www.vdare.com/articles/treason-lobbyist-ed-gillespie-wants-to-be-virginia-s-gop-senator-is-he-the-worst-candidate

Both Cantor and Gillespie are failing to adequately respond to the legitimate concerns of Americans and legal residents concerning the collapse of our legal immigration system.

“Gillespie also enjoys the support of 65 members of the Virginia General Assembly, dozens of local Republican chairmen, and a majority of the members of the Republican Party of Virginiaâ€™s State Central Committee. “….I find this extremely troubling that I seem to be the only person in VA who finds this outrageous. Chairs should NEVER endorse before there’s a nominee.

I just re-read this…

On May 22, Shak Hill Received the support of Ambassador Alan Keyes. The
former presidential candidateâ€™s support came in the form of an email
touting Hillâ€™s pledge to impeach President Obama. The pledge was
solicited by the Conservative Majority PAC, which Keyes serves as
Chairman…

So Keyes’ organization asked Hill to make a pledge that clearly can never be fulfilled in exchange for their endorsement? Then Hill pandered right to this little-known group headed by a perpetual loser just to get this worthless endorsement?

If Hill is willing to sign on to ridiculous ideas like impeachment just to get a worthless endorsement, he’s not qualified for this office.

Alan Keyes has lost everything he’s ever run for. Badly. Bob Marshall has lost every race he’s tried outside of his delegate seat. Are they really bragging about being endorsed by proven losers?

Don’t forget that Jim McKelvey is 0 for Ever. As for Alan Keyes, the only thing he hasn’t lost is his carpetbag.

Bruce, what do the Cantor polls say about where the race is at?

No idea. Conventional wisdom says 62-38 would be the lowest “acceptable” number. Cantor’s lackeys would want a 70-30 to show he’s Totally Amazing.

I’m betting on a 65-35 because I think some of these Brat nutballs will actually show up and vote. If they turn out to be the standard “talk and no action” people, then 70-30 is a good possibility.

So you believe that Cantor will win by a 2:1 margin, or even more?

I’m sticking with 65-35 now. If I saw any real organized Democratic effort to mess with the process I’d lower that nearer to the 60-40 level, but it hasn’t materialized yet and is unlikely. I’m also betting on at least 30% of Brat supporters voting for Cantor anyway because (quite frankly) they’re all tough talk but no action.

Well, I have stayed mostly out of this deal because it’s not my district. However, since he is the Majority Leader it’s everybody’s business. I don’t understand how the polls can be so different. I do want the Bush boys replaced. A change in Republican leadership is long overdue.

When the team is losing you fire the coach.

I’ll bet you this, whatever opposition there is to Cantor this time, if he wins, they won’t be there next time.

Thank you Steve! Lets be fair. “WE WORKED VERY HARD FOR THOSE ENDORSEMENTS…”