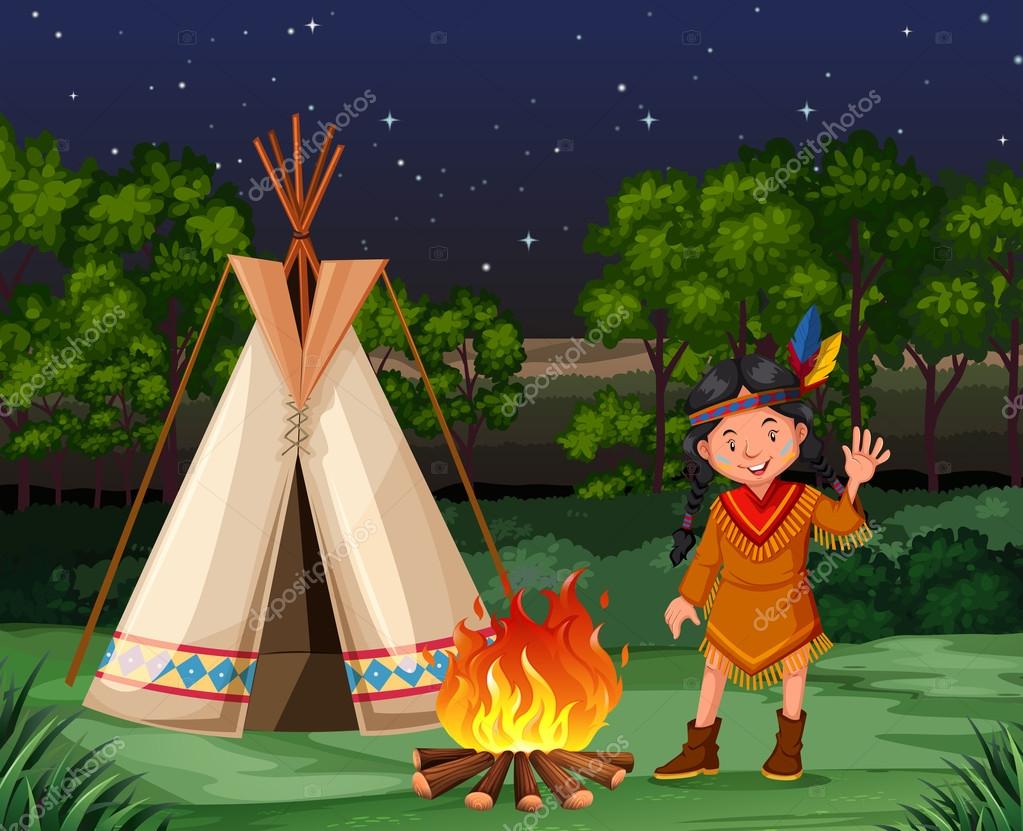 Flashes of insight sometimes occur at unexpected times. I had one recently when I was toting the daily load of advertising catalogs from our mailbox. At our Northern Virginia home the drill starts with the mailman stuffing our curbside mailbox with 5, 10, or even 15 of the glossy circulars on any given day. We retrieve them and then sort through them. Most go into the recycle basket. Once a week we bundle them up and put them into the recycle bin for the Friday pickup. We donâ€™t really know what happens to them after that, but our community association assures us that they are â€œrecycled.â€

As I carried in the daily armload of catalogs, it occurred to me that a â€œsolutionâ€ to the countryâ€™s energy problems might be in my own hands. With all the attention lavished on â€œalternative energy sources,â€ why canâ€™t we do some research on using one of todayâ€™s cheapest and most abundant energy sources? (That would be the mailer-catalogs.) There is simply no end to them â€“ indeed, the supply seems to be growing.

Surely some of the zillions from Mr. Obamaâ€™s â€œstash,â€ or Hunterâ€™s foreign consulting windfall, or the Clinton Foundation could be tapped for developing new technologies to compress those magazines into log-like fuel. Stoves could be designed to burn them and distribute the heat efficiently in a typical home or apartment. Our home in a 55+ community could almost certainly be heated by burning those catalogs. We must receive a ton of them every year. As time goes on, a robust â€œmarketâ€ might emerge where surplus catalogs can be sold and bought. A catalog charitable fund could also be created.

Not everyone would have to operate his own cata-log producing machine. Ready-to-use cata-logs could be sold in stores, so anyone could buy the logs already prepared. A vast industry would thus spring up around this plentiful new fuel.

Our president has been tirelessly traveling round the country â€“ nay, the world â€“ declaiming about creating â€œalternative-energy sourcesâ€ to replace fossil fuels. He says we must get ahead of this critical issue, since climate-change is our greatest existential threat. Accordingly, his administration has proposed spending trillions on expensive solar and wind-energy projects of somewhat questionable value. Mr. Biden promises that he can control the climate if we send in all our money to the federal government. His executive orders have driven the prices of gasoline and home-heating fuel sky-high.

Earlier, during the Obama presidency, the Solyndra Corporation folded after getting $500 million in federal loan guarantees that were recommended by Energy Secretary, Steven Chu. Other Obama-sponsored alternative-energy projects are also tottering toward bankruptcy because their products and services are not commercially viable.

Most of Mr. Obamaâ€™s energy-projects proposed using either sun or wind as a direct energy-source, or manufacture of products related to solar- or wind-power. Harnessing sun and wind is a centuries-old dream, but both come with fundamental problems: (1) the sun doesnâ€™t shine all the time; and (2) the wind doesnâ€™t blow all the time. Those gaps are a serious difficulty when it comes to electricity generation.

For some applications, these limitations are not prohibitive. In the past, farmers effectively used small windmills to pump water from wells into a raised tank. When the wind blew, the pump operated, and the water was stored in the tank for later use. As long as a continual flow of water was not required, the sporadic production posed no serious problem.

Since wind canâ€™t produce continual power for generating electricity, conventional generators driven by fossil fuels are always needed as backup. In reality, though, itâ€™s the other way round, for wind isnâ€™t dependable enough to be the primary source. The destruction of birds by the huge windmills is also a growing environmental issue, and residents located close to the devices complain of the noise.

Many of the prime areas for windmill placement are also highly prized scenic and vacation areas. This includes Nantucket Sound, where environmental super warrior Ted Kennedy protested the placement of a bank of windmills because of their proximity to his familyâ€™s famous property on the coast of Marthaâ€™s Vineyard. Generally speaking, windmills are a great idea, but the consensus is â€œnot in my backyard.â€

Harnessing solar power is more challenging still. Although sophisticated equipment can certainly concentrate the sunâ€™s rays into significant heat, the basic problems are:

The latter is the fundamental problem for solar-generation of electricity. Until it is solved, solar power will remain a curiosity â€“ rich in political value, but impractical except as an adjunct to conventional power-generation.

In case any of my readers think I actually advocate mailer-catalogs as a serious alternative fuel, I assure them that my earlier remarks were (mostly) tongue-in-cheek. My point was that most imagined alternatives to coal, oil, natural gas and nuclear power are still pipe-dreams. Reporters, commentators and politicians can get all excited about them, but they are far from practical reality.

Much of our problem with alternative energy is that those pipe-dreams frequently morph into political and legal nightmares. This is because the people who have scientific and engineering knowledge about these things lack the power to make sensible political decisions. Conversely, those who can actually make such decisions have nothing like the scientific and engineering knowledge needed to make them intelligently.

For instance, legislators can pass a law mandating that cars drive 100 miles on a gallon of ethanol. But just passing such a law wonâ€™t make it happen. Creative engineering might actually achieve it, but technical and economic realities could make the resultant product commercially unviable and unpalatable to the public. (Electric cars costing $100,000 are a good example.) When politicians get involved in such matters, they can easily end up looking ridiculous (at best) and downright dangerous (at worst).

Some reporters and comedians have fun making certain politicians look foolish. One such comedian had a skit in which a dim-witted â€œPresident Reaganâ€ proposed a solar research project which involved sending up a rocket to fly close to the sun.

â€œBut doesnâ€™t it get awfully hot up there?â€ asked one reporter. â€œWeâ€™ve got that covered,â€ answered the fictional Ronald Reagan, with a wink. â€œWeâ€™re gonna do it at nightâ€¦â€

Some of our politically mandated engineering on alternative energy looks almost as dim-witted as that skit. If a technology has commercial potential, private interests will throng forward to finance its development, and no legislation will be needed. But if it lacks commercial potential, those financiers will decline to invest unless significant federal funding is provided. The collective judgment of thousands of investors informs and guides these decisions. But politics can stand the system on its head.

Itâ€™s tempting to think that a government individual (or committee) can make such determinations more intelligently than those myriad investors, but experience has repeatedly shown that they cannot. An American public fully alive to the dangers of wasteful federal spending would do well to remind politicians that â€œthey donâ€™t know much about scienceâ€ or practical engineering.

Nuclear power is the only viable option for our future power consumption.

“Surely some of the zillions from Mr. Obamaâ€™s â€œstash,â€ or Hunterâ€™s foreign consulting windfall, or the Clinton Foundation” Ignorant and obnoxious

This Cata-Log Project to provide a new energy source of Cata-Logs is a brilliant idea. Perhaps the vast supply of Cata-Logs could also eventually be used to build Cata-Log cabins all across America. Then someday, Joe Biden, in one of his incoherent press conferences, could claim that he was the first president to be born in a Cata-Log cabin, a la Abe Lincoln.

The wind farms have to be shutdown to protect migrating bird flocks. A friend of mine lives in the flight path of the birds and things are shutdown for weeks at a time when the birds fly. Also, the solar farms are deadly to birds who mistake the panels for the surface of a lake. The environmental geniuses know this but you really don’t hear much in the news because it isn’t “woke”.

“The wind farms have to be shutdown to protect migrating bird flocks. ” I don’t believe you

“Also, the solar farms are deadly to birds who mistake the panels for the surface of a lake. ” A small fraction of the birds that die by other means

Oh Mr Zimmerman, allow me to let you in on a liâ€™l secret that they apparently donâ€™t teach you in â€œsoftware-soldierâ€ school. Thereâ€™s this little known url called: YouTube.com (shhhh, remember itâ€™s a secret). Then you hit the hidden magnifying glass icon and enter â€œhow to make paper logsâ€. Then, Shazam, an entire tutorial, with pictures even. As an added bonus, the very first one is authored by â€œcrazy Russian hackerâ€. Woohoo, you get to support the Russians even more!