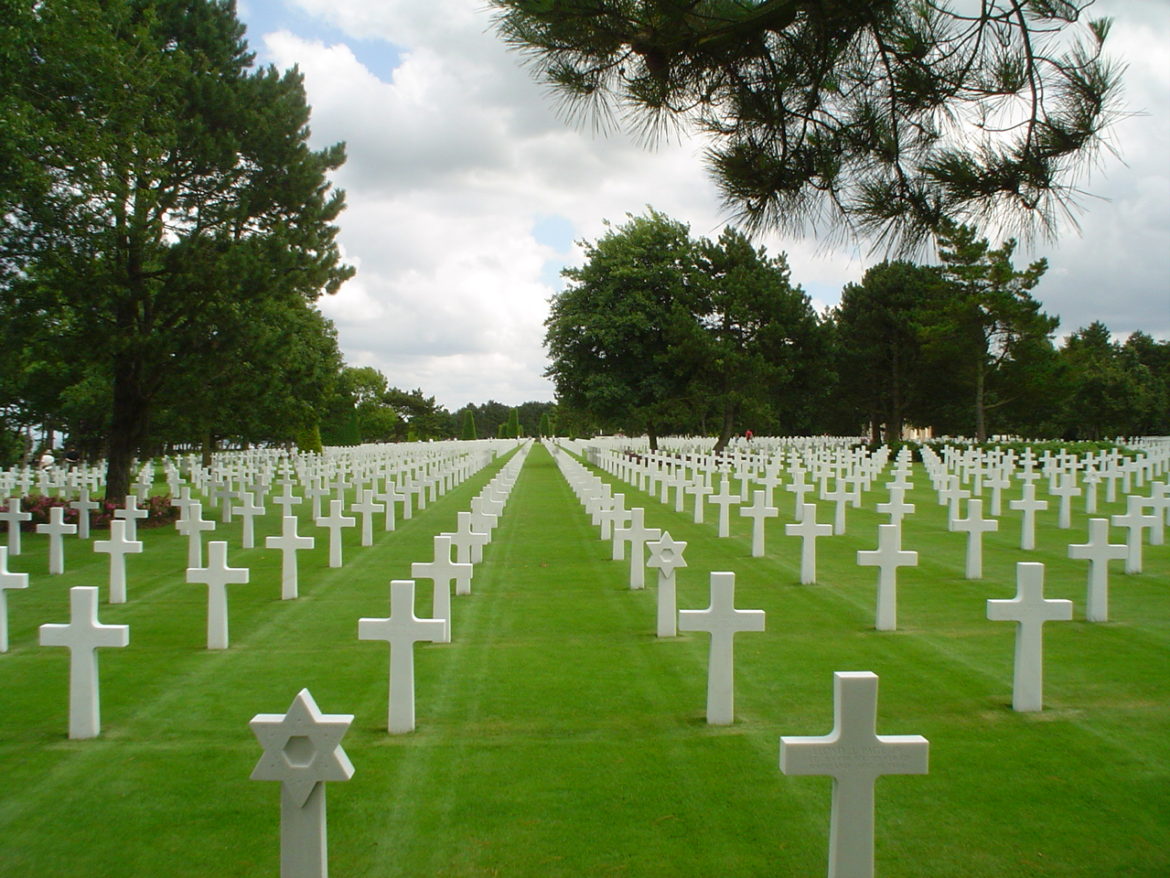 My wife and I recently canceled a “bucket list” trip that has been planned for several years due to the ongoing pandemic and heightened terrorism alert in France.  Paris was the destination of choice for her, the beaches at Normandy for me.

Ever since watching the movie “The Longest Day” as a child in 1962 I have had a yearning to someday visit the beaches at Normandy which were the site of the D-Day invasion on 6 June 1944.  Codenamed Operation Neptune it was the largest seaborne invasion in history. The operation began the liberation of France and laid the foundations of the ultimate Allied victory over the evil and tyranny of Nazi Germany.

Allied casualties on the first day alone have been documented at least 10,000 with 4,414 confirmed dead. Many of those are interred at the cemeteries surrounding the beachhead. In addition, to physical casualties many of the participants suffered from debilitating mental anguish called “battle fatigue” know now as Post Traumatic Stress Disorder or simply PTSD.

As child I marveled at the airborne assaults by both parachutes and gliders and the heroics displayed by many young men not much older than me who willingly sacrificed their own lives so that others may live in freedom. As I have become older and as a result of service in uniform, I have seen first-hand the horror of armed conflict. I have a much deeper appreciation for the sacrifices that were made on the day when the very future of democracy was at stake. If Operation Overlord failed the Axis of Evil surely would have prevailed.

Since the founding of this nation in 1776, we have had a total of 2,852,901 plus men and women casualties to include deaths, those wounded in action, and those who are missing – a major toll to pay for the price of freedom we enjoy today. Among those who have died in conflicts of the past, there are those today who suffer from PTSD and other disorders.  All as a result of our recent “War on Terrorism.”

We recently paid tribute to Army Staff Sgt. Ryan Knauss as his body proceeded in Virginia up Interstate 81 to his final resting place at Arlington National Cemetery. Unfortunately, he and twelve other Sailors and Marines were senselessly murdered at Kabul Afghanistan. Their loss could have been easily prevented had it not been for the ineptitude and incompetence of the Biden Administration.

Along with our freedom, we have a debt to those who perished and suffered, and that debt is to ensure that we as citizens in a representative democracy vote on the issues and candidates of our own choosing. Yet many in America may believe their vote does not really count or matter.   Recent false allegations by members of the Democratic Party  of  “voter suppression” and “Jim Crow” are merely a veiled attempt to dissuade some from going to the polls to exercise their constitutional rights

Ensure Their Sacrifice Was Not In Vain was last modified: September 21st, 2021 by James Poplar

New Liberal hero George W The Retard Bush has been giving speeches comparing Osama B to the January 6 “insurrectionists”.
January 6 is a Reichstag event for the career political class, the deep state, the Military Big Tech Big Corporation Big Academia Big Pharma Industrial Complex.
These same low life scumbags sat by and cheered on the massive George Floyd riots. Then we go the woke horsecrap with general likes Brokeback Milley pushing CRT in the military and they are likely purging it now.
At one of Georgie the draft dodging retards speeches a veteran stood and up confronted him about his illegal war claims for Iraq… I mean the weapons of mass destruction that resulted in many of his comrades killed and trillions of dollars spent for nothing.

If you want to ensure that your brothers did not die in vain, you need to make sure the likes of that scroungy little draft dodger, George W Bush and his whole family are not in power in the GOP.

Michael, Yes the inclusion of the Confederate dead is most appropriate — they fought to preserve their freedom from the tyranny of the North.

Thanks shipmate. I understand it at the same level as you.

“Since the founding of this nation in 1776, we have had a total of 2,852,901 plus men and women casualties to include deaths, those wounded in action, and those who are missing – a major toll to pay for the price of freedom we enjoy today.”

More like 2.5 million. You look to have made the mistake of counting enemy Confederate casualties. They are not a sacrifice paid for our freedom today… quite the opposite.

I am certain that COMMODRE Poplar’s inclusion of the Confederate dead is appropriate. You might want to exclude them. There rest of us don’t.