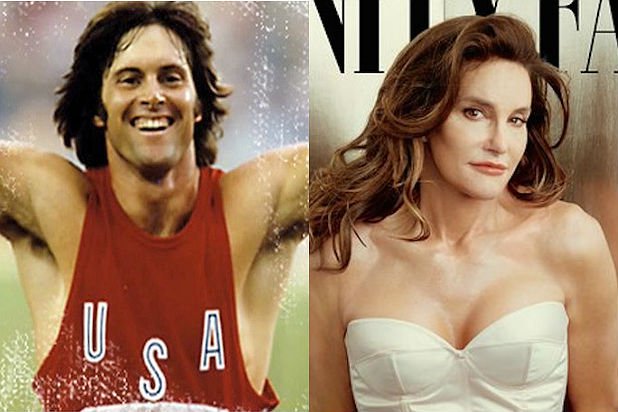 As a confirmed conspiracy-theorist and lifetime member of the Grassy Knoll Society, I see an intriguing link between radical environmentalism and the militant Lesbian-Gay-Bisexual-Transgender-Queer movement. The objectives of both factions are solid elements of the progressive agenda, of course. But is that just a coincidence, or are they somehow allied in a common cause?

If you’ve been “educated” by the Mainstream Media, you probably see Environmentalism as an entirely benign, public-spirited movement that fights for clean air and water, and guards against greedy polluters who would harm us and threaten the planet’s health. I would agree that there was a time, perhaps a half-century back, when those were the goals of the original “greenies.” They didn’t want to destroy industry and modern living. They just wanted to make industry more responsible about the environment, and they wanted to improve our lives. The health and well-being of people was their concern.

But that time is past. Today, the well-being of people is no longer environmentalists’ chief concern. In fact – if not in outright declaration – the movement has turned decidedly anti-human. If you don’t know this, it’s not your fault. You can blame Big Media for doing their best to keep environmentalism’s dirty secret under wraps.

In a previous article (“Climate Campaign’s Dark Side”) I exposed the conspiracy hatched by the developed nations of the West to keep Africa primitive. Upwards of a billion people will be unable to develop and achieve the same quality of life that Western people demand and enjoy. At the Paris Climate Conference of 2014 President Obama said we must “save the planet” from drastic climate-change by keeping Africans in grass huts with dirt floors and rats running around – cooking over fires of dried buffalo dung and watching their children die from malnutrition and smoke-poisoning. Naturally, His Worship didn’t use my inelegant Anglo-Saxon lingo, but his meaning was clear.

Africans are sitting on a continent which holds vast wealth of oil, natural gas, coal and other resources. They are waiting for engineers and investors from the West to help them develop, but radical environmentalists don’t want that help to arrive. Development, growth and enhancement of life are not in their World-Plan. That plan’s product will be death, not life.

A few years ago I heard Christian activist and family-advocate James Dobson comment on the aims of the radical environmental movement, of which he had recently become aware. “They want a worldwide population of 500 million people,” he said. “What’s going to happen to the other 5 and a half billion?” I can’t recall if he speculated on how that reduction might be accomplished, but I can still hear the note of horror in his voice as he relayed the disturbing news to his listeners. (Can you say, “Final Solution?”)

Reports of these too-bad-to-believe aims surface from time to time. You can find various Internet-accounts via a Google-search on “world population reduction plans.” These include: Steve Jones’ article, “New World Order Plans to Depopulate the Earth;” the “United Nations’ World Population Plan of Action;” and Ted Turner’s public call for a “voluntary” one-child policy for the next 100 years. (Turner, himself, has fathered five children.) Some of this will curl your hair. We know that all kinds of rubbish gets posted on the Internet, but if just a tenth of what’s out there is true, we are treading on very thin political ice.

I mention this refocusing of environmentalism toward worldwide population-reduction as support for my theory that a link exists between those goals and the rise of the homosexual and transgender movements in America. Population-reduction might not be the stated objective of the LGBTQ movement, but it will certainly be a result of their efforts.

Any campaign which produces confusion about (and discouragement of) natural human sexuality is bound to reduce procreation. You don’t have to be a Ph-doctor in biology to see that two men having sexual relations will produce no children – and ditto for two women. (I’m sorry to be the bearer of that distressing news, but there it is. I know – it’s so unfair.)

I am not alone in noting the rank hypocrisy of progressives who endorse environmentalists’ goal of a pristine earth with an entirely natural ecology, yet make common cause with a movement that champions unnatural sexuality. The current transgender craze, in particular, is based upon the grossest, most abhorrent destruction of natural human sexual functionality by amputation of healthy body parts and application of disruptive hormonal treatments to achieve a sexual transformation which can never succeed, other than cosmetically. (Note: Caitlin Jenner, the former Olympic champion, is not a woman, no matter what his/her measurements are.)

Medical experts consistently remind us that the female XX chromosomal configuration cannot be changed into the male XY configuration – or vice-versa. Transgender modification is thus the bizarre modern equivalent of “alchemy” – the quixotic medieval search for a process that would transform base metals into gold. We used to chuckle at a relative who called many modern cultural trends “demonic.” But I can’t think of a better term to describe the transgender movement. It is truly wicked.

Dr. McHugh upbraided “misguided doctors” who, working with very young children who imitate the opposite sex, will administer “puberty-delaying hormones to render later sex-change surgeries less onerous – even though the drugs stunt the children’s growth and risk causing sterility.” Such practice is “close to child abuse,” he said, noting that 80% of those kids will “abandon their confusion and grow naturally into adult life if untreated.”

He further said: “’Sex change’ is biologically impossible. People who undergo sex-reassignment surgery do not change from men to women or vice versa. Rather, they become feminized men or masculinized women. Claiming that this is a civil-rights matter and encouraging surgical intervention is in reality to collaborate with and promote a mental disorder.”

I can’t be alone in wondering how parents who allowed “sex-realignment surgery” on their child will answer when he (or she) asks why they destroyed his/her future as a normal adult. May God help them when the question finally comes up. I wouldn’t want to answer it.

I’m not a child-psychologist, but my wife and I did raise three children into normal, productive adults who have fine, loving families. I know we made some mistakes, but at least we possessed the native good sense never to ruin the future of any of them with an irreparable action.

Malthusian predictions that our over-populated earth will eventually experience mass-starvation have been consistently proved wrong. Agriculture is flourishing as never before, with new technology continuing to provide greater and greater efficiency and productivity. LGBTQ activists who claim that their non-procreative lifestyles are actually helping to “solve” our over-population problem are arguing from a false premise. Moreover, it runs directly counter to God’s ancient commands.

Arguments from Scripture don’t carry much weight nowadays, but fashionable or not, they still toll across our times like a great bell. So I invite my readers to ponder this venerable passage:

Then God said, “Let us make mankind in our image, in our likeness, so that they may rule over the fish in the sea and the birds in the sky, over the livestock and all the wild animals, and over all the creatures that move along the ground.”

So God created mankind in his own image, in the image of God he created them; male and female he created them. God blessed them and said to them, “Be fruitful and increase in number; fill the earth and subdue it…” (Genesis 1:26-28)

My prayer today is that our people will rediscover the ancient truth in those words, stand against the perverse temptations of our current culture, protect their children, and embrace the natural role God gave us, as precious human beings made in His image.

My child was mis-birthed as a boy, she is now 3 years old and is eager to rid herself of the annoying appendage she was mis-born with. So after 3 years of saving and having the good fortune of finding a truly wonderful surgeon Dr Dick Less, this year my daughter will finally be able to legally drop the Peter from her birth certificate and replace it with Princess. Although I hope when she’s older she won’t regret not being able to impregnate her husband. Although made-up I’ve read true stories that are pretty close to this.

Quite enjoyable, actually, and for those who enjoy tongue-in-cheek humor, or wish to argue that the LGBTQ agenda is sanctioned by God, they could merely focus on the “Be fruitful and increase in number” part, because California is the land of fruits and nuts.

Other than that, I presume you liked it.