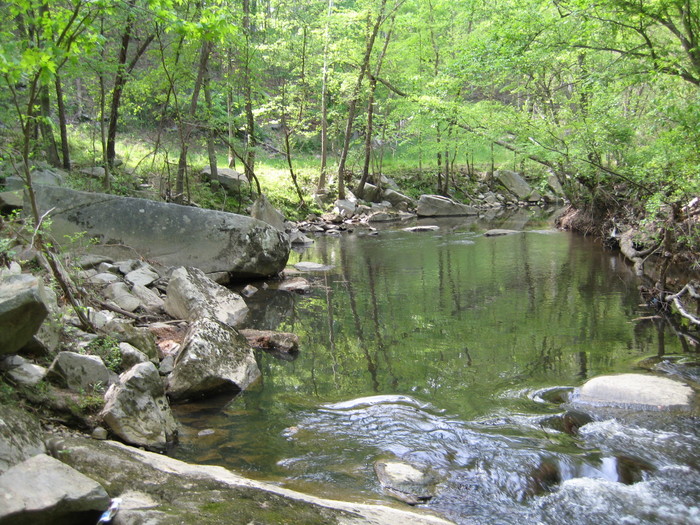 The story of why Fairfax County was forced to sue the EPA.

In this article I explore John Foust’s willingness to sacrifice $200 million dollars in taxpayer money to make a political point that he doesn’t like Ken Cuccinelli. [read_more] In January 2013, a Federal judge struck down the EPA’s ridiculous ruling that water itself is a pollutant thus sparing Fairfax County the onerous burden of constructing massive stormwater retainage systems.  The EPA’s clear overreach was opposed in a joint lawsuit between Fairfax County and then Attorney General Ken Cuccinelli representing the Commonwealth of Virginia.  Mr. Foust’s personal distaste for Ken Cuccinelli was such that he was to sole Supervisor to vote against filing the joint lawsuit.  Perhaps Mr. Foust should have been thinking about the taxpayers and not his private political agenda.

Unfortunately, the story behind this lawsuit will require going into some less than scintillating details about environmental law.

Under the Clean Water Act, states are required to identify impaired rivers and establish timelines to clean up those rivers. If any state fails to act, the EPA is supposed to set up a timeline. In 1996, the Commonwealth of Virginia made submissions to the EPA under the Clean Water Act that were objected to by the American Canoe Association as being inadequate. When the American Canoe Association subsequently filed suit, the EPA decided to settle and entered into a consent decree. (Consent Decree, American Canoe Ass’n, Inc. v. EPA,, No. 98-979-A (E.D. Va. June 11, 1999). This consent decree, which the EPA never showed to Virginia officials before signing it, established schedules that Virginia, and by extension Fairfax County, has to comply with. In my opinion, the EPA deliberately settled a suit it didn’t have to in order to impose timelines upon Virginia that it never could have imposed if the EPA had to go through the normal regulatory process.

At any rate, the Accotink Creek was listed in the EPA consent decree because it has “benthic impairment,” e.g. a lower than expected amount of invertebrate organisms, such as insects, crustaceans, snails, or worms which live on the bottom of streams and rivers and are large enough to be seen with the naked eye. Everyone agrees that the problem here is that too much sediment flows into the Accotink Creek, or at least too much for the worms. Incidentally, sediment is considered a pollutant under the Clean Water Act.

Fairfax County is already trying to reduce the amount of pollutants, including sediment, flowing into the Accotink Creek but that isn’t good enough for the EPA. The EPA has come up with the novel idea that the water itself is a “surrogate” for pollution and that the volume of water flow can thus be regulated. The EPA believes reduced water flow means more worms. Fairfax County responds in its complaint that “simply returning Accotink Creek’s flow rate to a presumed representation of predevelopment levels, as would be required under the [EPA’s plan], has in no way been demonstrated by EPA to meet the target required by law—a balanced, indigenous population of benthic organisms in Accotink Creek.” (Complaint p. 34).

According to the complaint, Fairfax County estimates that it already expected to spend $295M to address the sediment issue and that to meet the EPA’s “mandatory flow reductions, Fairfax County estimates that it will cost the County an additional $110 million to $215 million in compliance costs, for a total of approximately $405 million to $510 million.” (Complaint, p. 12).

On its website, the Fairfax County government notes that “to achieve the approximately 50 percent flow reduction called for in the [EPA] rules for a developed watershed such as Accotink, homeowners as well as commercial property owners will be required to capture and retain, reuse and/or infiltrate stormwater runoff from their roof, driveway and other impervious areas on their property. Any new impervious areas, such as home additions or new development, could be required to retain all stormwater runoff from any expanded impervious area.”

The Virginia Department of Transportation notes that the “reduction in flow as demanded by EPA in a highly urbanized area cannot be achieved by VDOT through retrofitting existing stormwater management structures due to functionally impervious soils, the presence of environmentally sensitive areas, and the public safety needs of maintaining the structural integrity of building foundations, roadways, bridge abutments, and retaining walls. Consequently, efforts to achieve such a reduction in stormwater flow as demanded by EPA would require significant public takings of private property in order to build numerous new stormwater management structures.” (Complaint, p. 8).

With regard to the lawsuit, Board of Supervisors Chairman Sharon Bulova stated “we are absolutely committed to maintaining and improving, water quality in Fairfax County and the Chesapeake Bay. However, we believe that regulations, whether federally or state imposed, must effectively address the targeted problem and be fiscally sound and realistic.” Supervisor John C. Cook (Braddock) used language that was a bit stronger. He stated that “[w]hen people talk about federal agencies running amok, this is exactly what this looks like. The EPA’s overreach is so extreme that the Democrats on the board realized that, even in an election year, they had to do this for the county.”

The sole Supervisor to vote against the lawsuit was John W. Foust (Dranesville). According to a July 13, 2012 Washington Post article, Supervisor Foust said he objected because he did not want to be a co-plaintiff with Virginia State Attorney General Ken Cuccinelli’s office because he believes Cuccinelli has initiated politically motivated cases in the past. Foust also said he felt the county would be better able to control its destiny in the legal action by filing a separate lawsuit.

With regard to your ridiculous youtube post on flooding in the Accotink after Tropical Storm Lee in 2011, I have some news for you. When it rains a lot, creeks and rivers will overflow. This may come as a shock to you I realize. Try a little harder next time DJ.

Here is a video of flooding of the Accotink Creek – https://www.youtube.com/watch?v=YO7WhFapzXU.

Conservatives rant and rave about Martha Boneta’s property rights but see no problem with the people of Fairfax County destroying property values downstream.

It’s time to fix our mess. Yes, it will be expensive. Yes, I am willing to pay the price.

Further, Foust’s statement that he felt the county would be better able to control its destiny in the legal action by filing a separate lawsuit is a complete red herring and makes no sense. Foust is a former attorney. He knows that if you file a joint complaint, either party can later on amend that complaint to separate themselves out if one party doesn’t like the way the joint case is being conducted. That excuse from Mr. Foust must be discounted in its entirety. We all know the reason for Mr. Foust’s vote Jonathan. He saw a great opportunity to stand out by himself. Stand out he did, but not for the positive reasons he envisioned when he made his ill-advised vote.

There are some problems with your analysis Jonathan. Mr. Foust wasn’t standing up for his beliefs. He was putting his political career ahead of the interests of taxpayers. Please note what Sharon Bulova said after the EPA’s “water is pollution” rule was struck down. ”

“Sharon Bulova, chairman of the Fairfax County Board of Supervisors, said it was difficult for her majority-Democrat board to sign onto a lawsuit against the EPA with arch-conservative Cuccinelli. “I know a lot people were scratching their heads over that,” Bulova said Thursday.

She said she supported the suit because, on top of potentially devastating economic consequences, she believes that the EPA’s rule would have done nothing to help the environment.”

By logical extension, Mr. Foust did NOT support the suit even though it had potentially devastating costs. He did not support the suit solely because he thought he could score points with his Liberal friends as being anti-Cuccinelli. Bulova and the other Democratic Supervisors did the right thing. Mr. Foust did not.

Foust goes on to admit that the filed Complaint was “very well done.” Foust believed in Cuccinelli’s unprofessionalism despite the other Dems on the Board having less concern. Either Foust is extremely paranoid, or he voted against a practical action by the Board for purely political reasons.

Link to the article: http://www.washingtonpost.com/blogs/virginia-politics/post/fairfax-county-supervisor-said-he-voted-against-suing-epa-partly-because-of-cuccinellis-role/2012/07/13/gJQALG2DiW_blog.html

Mr. Foust was not going to squander 200 million dollars. He wanted to use a different method to get the same results that Cuccinelli achieved. You can call this a purple, red or green herring but complaining about his choice of method is irrelevant because he was after the same goal. I say good for him for standing up for his beliefs!