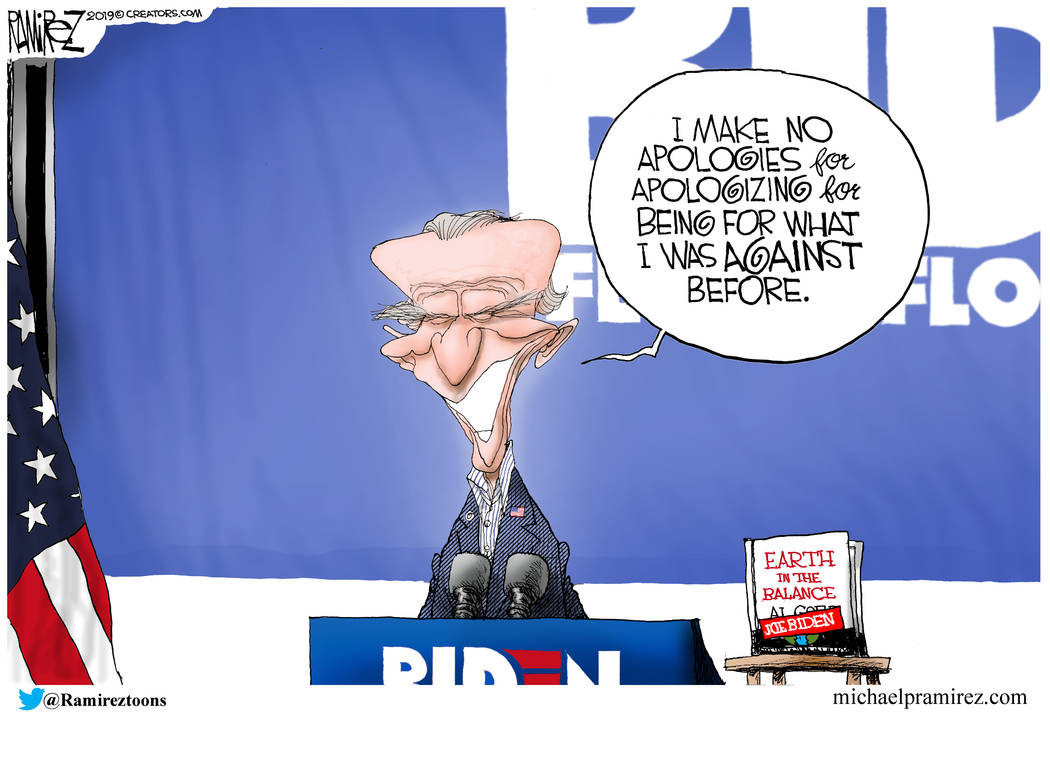 Today’s fast-moving political developments seem to demand another installment of Outrageous Predictions for events which could (or at least should) occur in months ahead. As is our custom, we have arranged for safe spaces, therapeutic fanning, and fainting couches for politicians, “girly men” and others of like disposition. Guards armed with water-pistols and weaponized purses will prevent Joe Biden – or anyone claiming to be Joe Biden (with or without personal ID) – from entering the safe spaces.

Donna Pelosi. One of the few investigative reporters remaining in the country reveals that Speaker of the House Nancy Pelosi has become the first female Godfather in Mafia history. The exclusive report claims that she is now the undisputed head of the powerful Pastafagiuli family of California. The reporter is clued into Madam Speaker’s behind-the-scenes elevation when he hears her speaking in rasped tones in a Capitol hallway. Soon after breaking the story, that reporter mysteriously disappears. When quizzed about the blockbuster report, the Speaker asks, “What have I ever done to make you treat me so disrespectfully?”

Flying Apprentice. Following his stumble on the stairs to Airforce One, Joe Biden attempts to allay fears about his physical health by joining the Flying Wallendas as an apprentice acrobat-performer. His opening appearance features him as the Human Cannonball. He’s supposed to land in the net at the far end of the arena, but the cannon misfires and propels him far beyond the parking lot and into a suburban garden party. The dazed president tries to explain who he is, but a skeptical resident replies, “Sure. And I’m Elvira, Mistress of the Dark.” Police take him into custody, but release him after two days. One officer explains, “He just kept talking, but we had no idea what he was saying. It had to be Biden.”

Don’t Fence Me In. A 500-foot section of the much-publicized fence surrounding the Capitol suddenly collapses one weekday afternoon, when a schoolboy accidentally bumps into it with his bicycle. Only a handful of pedestrians suffer minor injuries, but the event becomes a media-sensation which produces a Congressional inquiry. A three-month investigation reveals that an uncertified construction company, run by a cousin of Senator Schumer, used sub-standard materials to construct the fence at a cost of $10 million. The Senator introduces legislation authorizing an additional $50 million to rebuild the fence, but the bill is voted down by the full Senate. The National Guard commander withdraws all troops from the Capitol area after declaring the site “too dangerous.”

Shirts and Skins. After buying out his minority partners to obtain complete control of the NFL Washington Football Team – formerly known as the Redskins – owner Dan Snyder announces that the official name of the team will henceforth be the Washington Skins. Reporters learn that a week of deliberations by a committee consisting of team officials, coaches, and player-representatives finally produced the new name after Reds, Deadskins, Transkins, Bubbas, Amazons, Ethnics, Jingos, Black Supremacists, Politicians, Senators and numerous other names were rejected. A suggestion that the team be called the Skins on odd-numbered years, and Shirts on even-numbered years, was turned down. Owner Snyder also announced that the former Redskinettes cheering squad would be replaced by an all-transgender squad clad in costumes of an as-yet undecided character.

Come and get me, copper! After losing the recall election, former California Governor Gavin Newsome holes up in the governor’s mansion in Sacramento and refuses to leave. A great crowd consisting of state police, National Guard troops, supporters, opponents, politicians, and reporters from every state and numerous foreign countries surrounds the mansion as the ex-guv continues to shout imprecations by loudspeaker. His favorites seem to be old Jimmy Cagney lines like “You dirty rats!” and “You’ll never take me alive!”  When state cops eventually storm the mansion, they find only a device randomly playing the governor’s lines, but no Newsome. Servants say he had vacated the premises, incognito, two days before. Months later, reporters find him living in a seaside grass hut in Rio with a Brazilian singer named Crepe Suzette.

Natural Role. New York Governor Andrew Cuomo is impeached by the New York State Assembly, but escapes conviction and removal from office by the State Senate. Subsequently he resigns from office and accepts a movie contract to act in a Hollywood remake of The Godfather trilogy. Cuomo’s agent discloses that the ex-governor will act as the mature Don Corleone. “He won’t even have to act,” says the agent. “He can just be himself. He’ll have to work on the rasp, though.”

ID Required. In preparation for another run for the presidency, Hillary Clinton tours a retirement home and greets many of the residents personally. “Do you know who I am?” she asks one elderly woman. “No,” she answers, “but if you ask at the desk, they’ll tell you.” When Mrs. Clinton tries to leave the facility, she is detained by orderlies who think she is a resident trying to bust out.

Honest Mistake. On a tour of the Texas-Mexican border, Vice-president Kamala Harris is mistaken for an alien refugee and kidnapped by cartel-coyotes. After a search which stretches out for a month, Secret Service agents find that she is being held in a small town some 30 miles south of the border. Her captors had refused to let her cross back into the USA until she paid them a “transit fee” of $10,000. Of course that was impossible, as she had no money with her and had lost her cell-phone. Upon being rescued, the VP raises hell with the Secret Service over her capture and their pokey search. She demands that the agents be fired, but the SS Director refuses and states publicly that Ms. Harris enabled her capture by insisting that there was no border-crisis and wandering away from her protective detail. “Next time we won’t look for her at all,” muttered one (unnamed) agent. One of the coyotes who had captured the VP admitted to a reporter that they were glad to get rid of her. “She was a real pain in the patootee,” he said. “And that laugh drove us nuts. Actually, we paid each of the agents a grand to take her back. I’m not sure they would have, otherwise.”

“I don’t have writers. I just read the newspapers.” (Will Rogers)