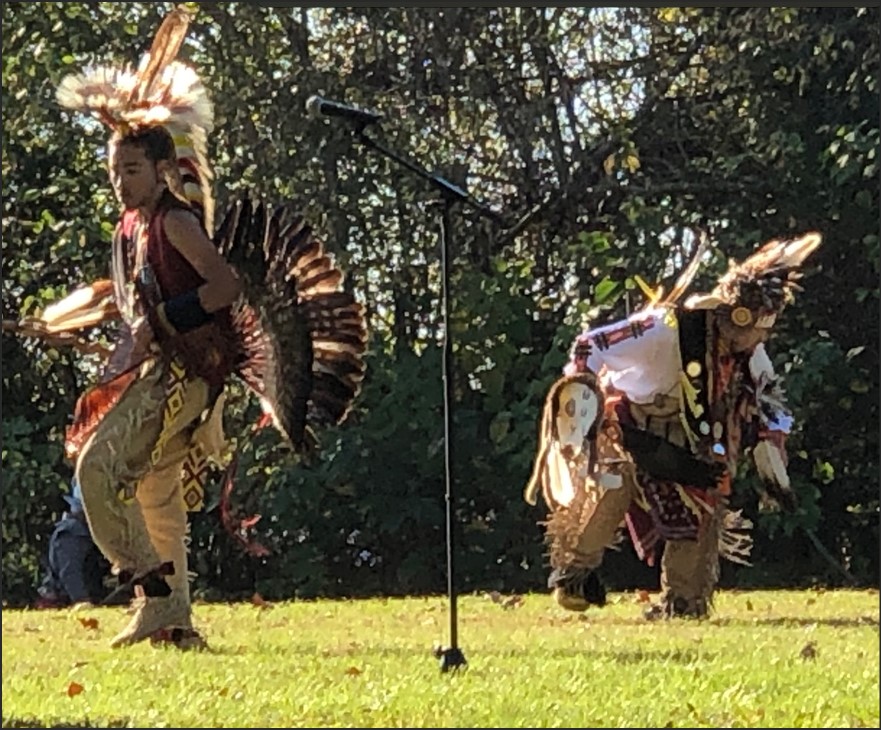 A Blacksburg correspondent has forwarded to me a copy of the â€œIndigenous Peoplesâ€™ Day Resolution,â€ in which the Office for Inclusion and Diversity at Virginia Tech calls for replacing Columbus Day as a state holiday with Indigenous Peoplesâ€™ Day. The resolution honors the Monacan-Tutelo people as the â€œhistorical stewards and traditional custodians of the landâ€ now occupied by Tech and refers to racial integrity laws that discriminated against Virginiaâ€™s indigenous people until the early 1960s. It also recites the many ways in which Tech has sought to make amends: establishing an American Indian Studies Program;Â  hosting â€œtribal summitsâ€; fostering the survival of traditional Indian dance and song; and declaring Oct. 8 as the university-recognized Indigenous Peoplesâ€™ Day.

You can make of this what you will. Speaking personally, if Virginia Tech wants to help descendants of indigenous peoples preserve their cultural identity, Iâ€™m OK with that â€” as long as Tech doesnâ€™t try to cancel my cultural identity, which is exactly what the Office for Inclusion and Diversity proposes to do by asking to end Columbus Day.

But thatâ€™s not what disturbed me the most. The fight over culture-war symbols is out in the open. Itâ€™s the things we donâ€™t see that are really dangerous, such as a 2017 revision (alluded to in the resolution) to Virginia Techâ€™s â€œPathways General Education Curriculum.â€ The core concepts of a Virginia Tech education, I learned, now include a â€œcritical analysis of equity and identity in the United States.â€

Until reading the Office of Inclusion and Diversity document, I had no idea that Virginia Tech listed â€œequity and identityâ€ among its â€œcore learning concepts,â€ which it defines as â€œbroad knowledge areas for studyâ€¦ supported by student learning outcomes.â€ What kind of student outcomes might those be? The Pathways web page explains, â€œThese outcomes describe the observable behaviors students will demonstrate as they pursue breadth and/or depth relating to particular outcomesâ€ (my highlight).

Huh? The verbiage is so opaque that it approaches incomprehensibility, thus conflicting with the first of the Pathwayâ€™s core concepts â€” â€œdiscourseâ€ â€” in which Tech students demonstrate the ability to reason, write, and speak effectively. The only intelligible words in the phrase are â€œobservable behaviors.â€ It appears that Tech has evolved a long way from teaching students how to think. Indeed, it appears to have shot past the objectionable notion of teaching students what to think. From this verbiage, one deduces that the Virginia Tech educational mission includes teaching students how to behave.

And what way would that be? It stands to reason that the desired observable behaviors would be consistent with the core education concepts. Some of the concepts that Virginia Tech enumerates are uncontroversial â€” critical thinking, scientific reasoning, quantitative and computational ability, and an appreciation for design and the arts.

The seventh core concept, however, is â€œCritical Analysis of Identity and Equity in the United States,â€ which Virginia Tech describes this way:

It recognizes that people in society have had different experiences and opportunities related to social categories, and challenges students to consider their ethical responsibilities to others in that context and in the context of Ut Prosim, to enhance their capacities to be engaged citizens and visionary leaders in an increasingly diverse society. Students will gain self-awareness of how they are situated relative to those around them based on social identities and foundational knowledge of the interactive dynamics of social identities, power and inequity.

Thus, a core educational goal at Virginia Tech is not only to teach students to dwell upon social categories favored by the Left, which is problematic in itself, but to use a particular analytic framework for thinking about and acting upon social identities â€” a framework that relates social identities to power and inequity. In other words, Virginia Tech students are to absorb a Leftist paradigm that defines the cultural trappings of â€œwhitenessâ€ such as Columbus Day as sources of inequity and injustice.

Virginia Tech is not proffering this framework as one way among many to examine issues of social identity but as the way to examine them.

Just a reminder, Virginia Tech parents: for the privilege of subjecting your children to leftist indoctrination, the in-state cost of attendance for undergraduate students living on campus this year is $28,440.

â€œEquity and Identityâ€ Now at the Core of a Virginia Tech Education was last modified: December 21st, 2021 by Guest Contributor James Bacon