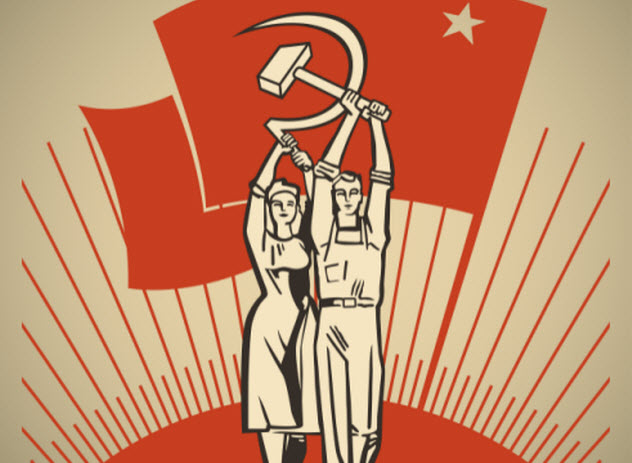 “Equity” is one of the most ridiculously unworkable concepts ever conceived by humans.  It is even more unattainable than communism or “true socialism”, or whatever cockamamie idea the Left is peddling this decade. “Equity” is the relentless push for equal socio-economic outcomes across demographic groups and when it cannot be attained, its adherents blame the disparity on “systemic racism”.  Even thinking that socio-economic outcomes can be measured fairly and accurately given the infinite number of choices humans can make is to be on a fool’s errand, and something that only Democrats could push.

It may come as a surprise to today’s Democrats, but people evolved differently and developed social systems that impacted their development over the course of centuries and millennia.  For example, Muslims often marry cousins, Jews (with the exception of Yemeni Jews) do not.  I was born in Israel and have gone back there often.  I know Israeli society well, and behind closed doors Israelis mock Arabs for marrying their cousins and nieces and make jokes about them all the time.  That may be harsh and cruel to sensitive American liberal ears, but those jokes reflect a scientifically based reality that inevitably leads to disparate outcomes.  It does not surprise me that Israel has been able to prevail in a series of wars against Arab foes that have more population and resources at their disposal.   And while tiny Israel has produced world class products and services hundreds of millions of Arabs have not.  Are Arabs practicing “systemic racism” against themselves in the countries that they govern?

Even among Jews within Israeli society, there is no “equity”, as “European” Ashkenazi Jews run the country and are its major power brokers.  Moroccan Jews, like my mother, along with the vast majority of Mizrahi Jews from the Middle East, form the lower- and working classes of Israel.  And they know it and accept it.  My father was a British Ashkenazi Jew, whose family migrated to England from Odessa in the 1860s.  My father’s side is filled with doctors, scientists, software engineers.  Most of the people on my mother’s side are in construction or own little shops and restaurants.  Both my parents acknowledged Ashkenazi dominance and could care less about “equity”.

With regard to “equity” among the Ellis Island generation of immigrants, there was none.  For example, let’s compare Ashkenazi Jewish immigrants with their Slavic counterparts. Within one generation, Ashkenazi immigrants and their children attained levels of national prominence, establishing Hollywood studios, making advances in medicine and science, writing popular songs, and becoming iconic cultural figures.  But not so much for Slavic immigrants.  Like the Mizrahi Jews in Israel, Slavic Americans have been confined mostly to the working and middle classes of America.  And while there are four times as many Slavic Americans as Ashkenazi Jewish Americans in the USA, not a single Slavic-American has ever run a Hollywood studio or the news department of a major network or publisher of a major newspaper.  Not a single Slavic American has been on any presidential ticket.  And yet, both Ashkenazi Jews and Slavs are Caucasian.  Both groups migrated to America at the same time.  Both groups settled in the same cities, and both groups encountered the same levels of prejudice from “native” white Americans. And yet there is no “equity” to speak of between the achievement of Ashkenazi Jewish Americans and Slavic Americans.  None.  Was there systemic discrimination against Slavic immigrants and not against Jewish immigrants?   I do not think so.

What is the takeaway of all this?  To show that disparities between groups can arise without “systemic racism”.  Since arriving in this country in 1966 and growing up in Chicago, it has been my impression that America has bent over backward to give certain groups preferential treatment via affirmative action and other government programs.  And yet, disparities and “achievement gaps” still prevail.  Rather than the simplistic cry of “systemic racism”, we should examine the culture and behavior of those who are lagging, and not blame people like me, because I will staunchly refuse to be a punching bag and scapegoat for the failures of the welfare state and its beneficiaries.