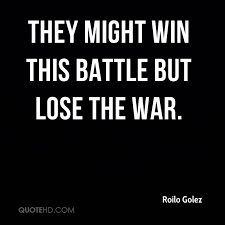 Erick Erickson has gone to war with the Republican consultant class, and it is glorious. Today his latest column on RedState outlines how several presidential candidates have crashed and burned (Rick Perry, Scott Walker) by bringing on consultants who helped the establishment in Mississippi defeat Chris McDaniel in the US Senate primary last year. Here is the money quote:

“The extent to which the GOP was willing to play for keeps — largely to keep a gravy train of government waste and greed rolling — was eye opening to many conservative activists.
When Governor Rick Perry hired Henry Barbour, the nephew of Haley Barbour and one of those orchestrating the Cochran defense, many conservative activists turned from Perry and never went back.
When Scott Walker tossed Liz Mair, but stood by his Super PAC’s hiring of Brad Dayspring, conservative activists fled him too.
Many of those activists decided the party that burned them needs to be burned down. They are prepared to show as much grace and mercy to the GOP as the GOP showed them in 2014.

While some may shrug at Erickson for being too insider, something I have done at times, he hits the nail on the head here. Erickson has taken on some of the more “nativist” elements that supposedly are taking over many of our campaigns, but those out there who push this fail to see or register Erickson’s larger critique – that the GOP establishment is hated by the grassroots. The actions of 2014, encapsulated in the McDaniel-Cochran race, proved that winning and power are the only thing that matters, no matter the dead-carcass candidates you have to drag over the finish line to get there. There are too many contracts and too much money to be made on the backs of fossils like Cochran and others to mess around with actual principles and standing up to the growth of government.

For the Henry Barbours and Brady Daysprings of the world, that just doesn’t matter. Who’s signing my next fat check?

This takes us back to someone I’ve been blogging about pretty extensively here – Donald Trump. I’m not Trump supporter but this phenomenon isn’t a flash in the pan, it’s something that the GOP establishment refuses to reconcile itself to. While he might be a latter-day Elmer Gantry, his supporters are true believers who are as angry at the GOP as they are Barack Obama. These are voters the GOP needs—with or without Trump—and instead of putting their heads in the sand and trying to convince themselves that this will all go away, they need to figure out a way to keep them in the party. The Jeb Bushes of the world can talk about expanding the party all they want, but if the base stays home, so does he. Erickson’s closing line nails it:

“It’s not like they could do anything differently anyway. They are quite happy to have Thad Cochran in office and think if they just ignore Trump he will go away. To be sure, he might, but so will a lot of voters the GOP needs.

Indeed. These people went to war with the grassroots and thought they won, but by winning the battle they are losing the war.

Trump is going to win. Republicans there is room on the band wagon, join us for the ride!

The trajectory of the Republican Establishment since it took over the party in 1988 has been a a slow decent. Finally, with McConnel and Boehner the Iranian nuclear program their blessing, it has crashed to the ground.

Chris… there is no greater sell out by the GOP establishment than the issue of illegal immigration. They simply don’t want it enforced. Go read Bearing Drift. You tell me the difference between those guys and the Democratic Party. There is none. Except the imbeciles are selling out their own futures, assuming they can’t turn Democrat. Somehow the single digit IQs there cannot see that masses of illegals are natural Democrats. Obama knows that… somehow those idiots do not. Not much consulting business for GOP schmuck politicians in California is there? Va will soon be California

Here’s the thing….the consultants don’t CARE if the voters walk away and they lose races. They get paid regardless. They get care if they lose the battle AND lose the war. The money is in the trying.

Well put. I’m not a Trump guy, but I do understand the frustration of most grassroots anti-establishment folks out there.

True, the full time pork barrel establishment types fight to the death to keep their pork.