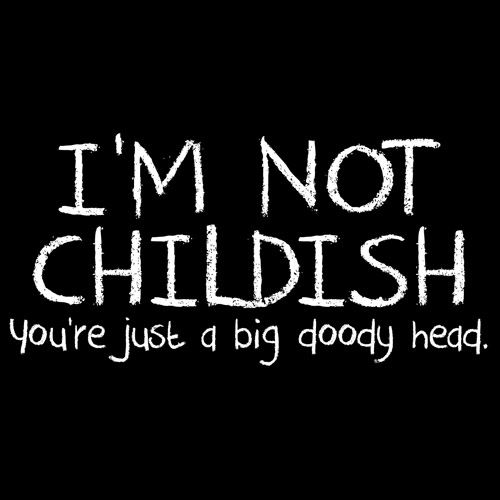 ESPN is Biased Against Asians

Lee is a very common Asian surname.  It is as common as Smith is here, or as well, the name “Lee” is in the US.  Lee is probably the most common name in SE Asia, after perhaps Nguyen.  Now the young man known as Robert Lee, seems like a well spoken young man, and we know that our “friends” in the radical left can handle just about anything.  And since they are more racially and ethnically attuned than we are, we can only assume that ESPN is biased against Asians.  After all, does anything else make any sense?  If you look at the pic of Robert Lee of ESPN next to the pic of General Robert E. Lee, you can see they look nothing alike.  (Yes I’m aware my last 2 sentences make absolutely no sense.  Or as much sense as banning a Robert Lee from announcing a college game in the oldest part of the USA because some idiot may get their feelings hurt.)

However the real question is, what will ESPN do when a black man who happens to be named John Smith tries to announce a lacrosse game, and is removed by ESPN because his announcing a Lacrosse game is offensive to the Nottoway People, or the Monacan People, or the Powhatan Confederacy (bet y’all are impressed with my knowledge of our Native American friends – likely better than the brilliant people over at ESPN or MSNBC) because a white John Smith stole their land back in 1607.  Let’s forget the fact that the Indians worked with the English colonials and nothing was stolen in Virginia at the time.  Let’s also forget that the Nottoway or Powhatan never really saw land as being something that a person owned.  Let us think on how stupid the concept of blaming something on the hypothetical black John Smith for an incident which did not occur.  But this is where Progressivism has taken us – we’re not upset over things which did not happen.  And we’re afraid to allow an Asian man with one of the most common names for an Asian man to announce a game because someone else might get their feelings hurt.

For the record, when I was 6 years old, I punched out 2 kids for being stupid (we probably called them doody heads back in the day).  One was named Tim and the other was named Franklin.  Maybe if we’re all really lucky, 10 generations from now the descendants of Franklin and Tim will be demanding reparations from my descendants because I beat Timmy and Franklin up back in 1970.  I ran into Tim a couple years ago.  He’s a liberal and still lives in his Mumsie’s basement now at age 50.  Once a doody head, always a doody head.

ESPN is Biased Against Asians was last modified: August 23rd, 2017 by John Massoud

Howlingly funny this morning: Our son asks me to go to the “big doody head” website so he can look at cat pictures. I kid you not. Well done, TBE! That’s your demoographic! Me included!

Frankly ESPN offended me a long time ago with the likes of that nut job
Keith Oberman.
We can’t get rid of names that end in Lee, I am a Southern Man I like ; Jenny Lee , Karen Lee , Hazel Lee .
Some people are behaving
foolish Lee.

I truly do adore this comment. Well done. It is frankly a fine poem and probably a good song. You should pursue that.

Well they are not behaving Democratic Lee

Frank Lee They Are Not Behaving Democratic Lee

Brought a big smile to my face. Hard to do here, so sickening is the grind of the rumor mill, which would not matter save for its impact on this great nation and its need for unified action. We were near that, but no more. It is over, the chance for change squandered. You would think the one thing that could unite us is a common, well-known enemy like Nazis and fascists, as Mitt Romney clearly saw. But no, this place is distracted by monuments and finger-pointing and half-truths and even blaming victims. Fiddling while Rome burns. The people who sent me here were right and I think it’s a book, I really do, so bizarre is it.

Republicans need misery so as to have an issue.
These are good folks operating this site.
They have let remain here for three years now talking about how Va
Republicans are complicit to the employment of illegal aliens and illegal contracting in the Commonwealth and how and who have brought legislation forth to protect and continue illegal employment.
They are loyal cheerleaders though.
A great site is Watchdog.org/Va. These folks don’t post as many stories but they are investigative journalists.
Facts are much different than an opinion.

At this point all the media is just trolling Republicans.

Lucky for ESPN this was just an Asian.

If this had been a black person or a Muslim they might have to shut down the network.

This is the tyranny of the politically correct corporate globalists. ESPN is but one of a hundred including Google, PayPal, Target, etc. it is very dangerous to America when capitalist entities fall pray to fascists, socalists, and communists.

ESPN is owned by Disney.

Arguing they are “very dangerous to America” is a tough sled, Warmac9999, but stick with it if you think it adds to your conservative credentials.

I’m taking Disney’s side: It’s their decision to make and they’re anything but politically correct corporate globalists. Visit their corporate HQ sometime. Fat-tired bikes, bushes cut like mice, a slice of Americana. They spread America around the world, not the world around America.

This was either a knee jerk reaction or a publicly stunt with a monetary gain for both parties.
A reasonable individual at the top would have said ; Robert how about you refer to yourself as Bob Lee.
I would expect Lee to hit the Morning BS cable news talk crap shows then land a job at Fox Sports.