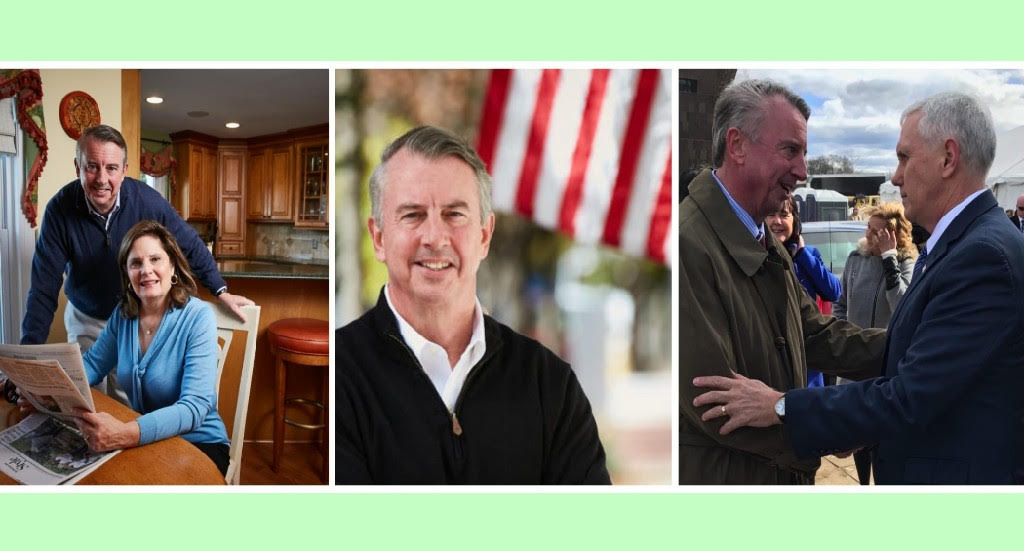 THE CAMPAIGN: A GOP field led by a millionaire businessman who has never been elected to public office, chased and attacked by senators and other elected, established Republicans.

THE RESULT: The outsider candidate wins his party’s nomination and, after uniting the party while battling back the liberal media and the progressive liberal complex, flips votes in rural blue counties and goes on to beat the Democrat candidate to secure a general election victory.

FAST FORWARD TO 2017… Ed Gillespie is now the outsider candidate.

Oh, Ed Gillespie is no Donald Trump. Truth be told, NO ONE is Donald Trump except the president himself, and those who have tried to act like him have been shut down by voters nationwide. Look no further than the beating Paul Nehlen took at the hands of Paul Ryan in the Wisconsin house race. Trump had name recognition, his own money, and an ability to tap into a specific feeling of despair felt by the voters who have been left behind by BOTH parties.

No, Ed Gillespie is Ed Gillespie. He’s an outsider candidate in the sense that he has never been elected to public office (like Trump). Of course he’s a politician, as was Donald Trump (the Donald was a primary source of money and influence from BOTH parties in local and nationwide races for decades). He’s made his fortune as a capitalist in our great country (again, like Trump). And now, as the outsider, Gillespie finds himself as the front-runner in name recognition and money, being attacked by the elected state senator and supervisor who continue to fall behind in endorsements and funding. He’s being attacked for many of the attributes that put the president in the front-runner position in his own GOP primary.

The comparisons between Mr. Gillespie and Mr. Trump end where winning Virginia begins. Winning the national election was a proverbial miracle, but Donald Trump lost Virginia by five points to the worst candidate ever to seek the presidency. There’s no question that in order to win Virginia, one must appeal to ALL Virginians, not just a Trump-focused electorate. Ed Gillespie’s senate run in 2014 proved that he has that wide-range appeal. Expected to lose by double digits to a well-known, well-liked, established and incumbent senator, Gillespie’s less than one point loss was a testament to his hard work, discipline, and engagement. If his lack of name recognition and minimal GOP support kept him from winning that senate seat, he certainly has overcome both of those obstacles this time around. His focus is sharper than ever before.

Yes, Ed Gillespie has been in politics for a long time. He’s “established” in that sense. He found his way to the Republican party early on, much the same way Ronald Reagan did. He’s been in the business of advising and leading Republicans for decades. He’s built a successful career from his public service knowledge and experience. This “outsider” may never have been elected, but, Ed Gillespie is likely the most experienced candidate to ever run for Governor of our Commonwealth. His establishment credentials are what Donald Trump sought in his Chief of Staff (Ed was also a Republican National Committee chairman) and Vice President (Ed has a close relationship with Mike Pence and a similar career background). And, most importantly, Ed Gillespie is 100% conservative.

In 2017, the choice is clear, as it was in the presidential election. The outsider candidate is the BEST choice to lead Virginia into the next decade.