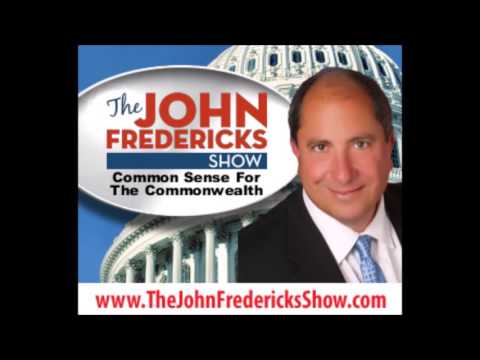 This article actually saddens me to write for multiple reasons.  For years Mr. John Fredericks had been a voice of sanity and reason in the conservative movement.  I may not always have agreed with Mr. Fredericks but respected him as a serious person and voice when it comes to all things Republican and conservative in Virginia.  However it must be said that Mr. John Fredericks has officially taken leave of his senses. This has become obvious after his passionate “defense” of Obama Care and Medicaid expansion in Virginia on the TBE blog last week.

In my capacity as a local GOP Magisterial District Chair and as the Vice Chair of the Shenandoah County GOP – I would rather not attack our slim majority.  But as a local leader of the Liberty Movement – I cannot and will not attempt to defend the 17 Republicans in the House of Delegates who signed onto Medicare expansion.  Nor will I attempt to defend Senators Hanger, Vogel, Chafin, or Wagner. Their votes to expand government spending will only blow a hole in our budget and have potentially dire consequences for the GOP.  Our party does best when we draw fine lines of distinction between ourselves and liberalism. We do best when we fight a reasoned and passionate fight against big government spending. For Mr. Fredericks to not only support big government spending increases and then attack anyone who dares defend the Republican creed is not only wrong on its face, but is dangerous as well.   Sadly this is something that Mr. Fredericks seems to have problems doing recently – after his ill timed attack on supporters of Scott Sayre (for the record – I was and remain a major supporter of Scott Sayre) and of Cynthia Dunbar supporters as well. His attacks on these patriots were/are extremely divisive and harmful to the party as we try to go forward. For those of you who may have forgotten – Mr. Fredericks stated that Sayre/Dunbar rounded up their delegates from Waffle Houses (aka suggesting that anyone who voted for either Sayre or Dunbar was white trash). And given that he is from Norfolk and likely spends next to no time in the Shenandoah Valley or Lynchburg/Roanoke –Mr. Fredericks would be best served minding his own business than in telling us Valley folk how to live our lives.  Given the current state of the Norfolk GOP, Mr. Fredericks would be best served helping the current Norfolk GOP Chair Cole Trower get a handle on why an area with a lot of military/defense voters is trending D instead of R. 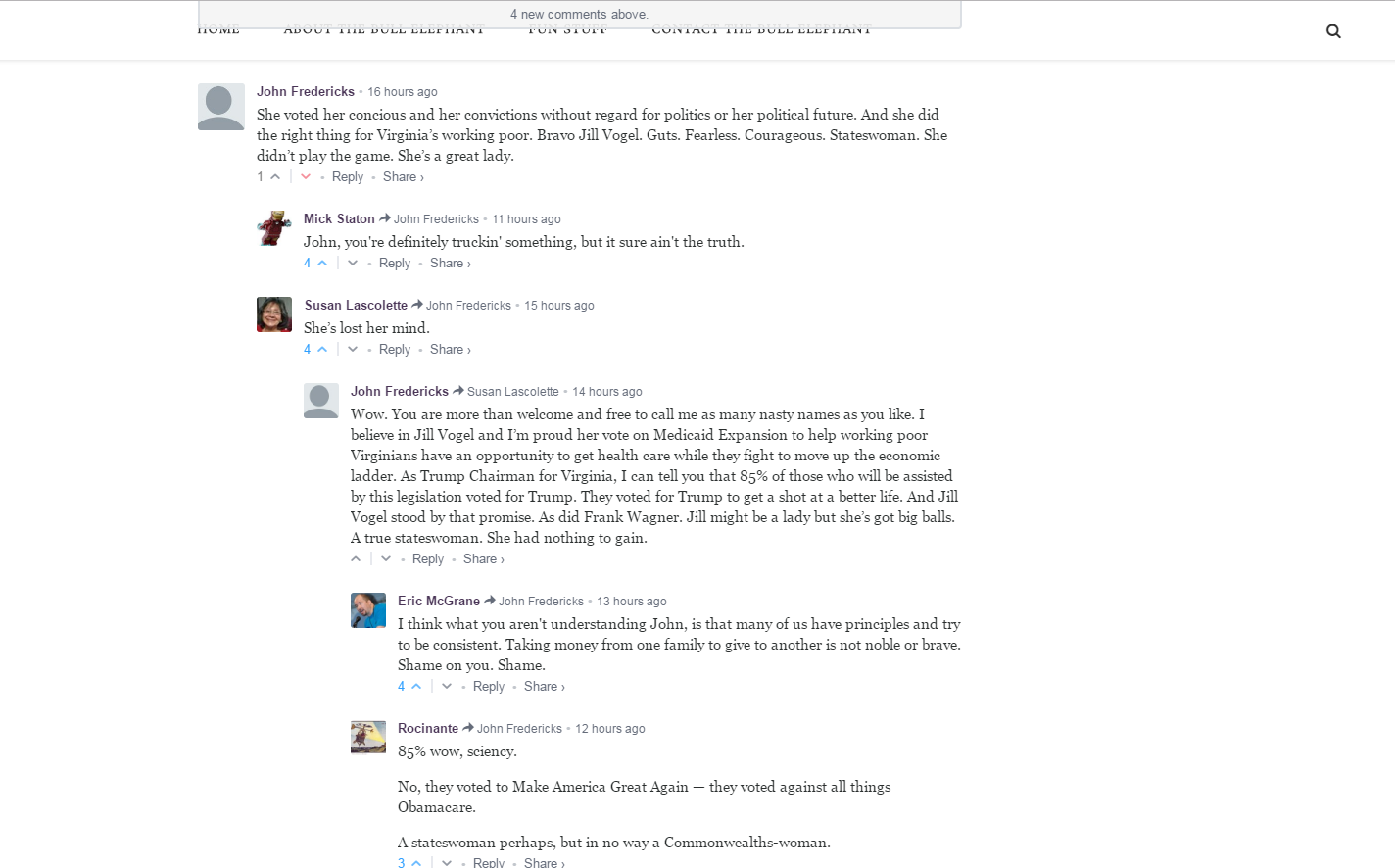 Mr. Fredericks did not help the cause of getting Republicans elected in CD 6 with his interference and incredibly divisive statements – he only harmed the cause.   His spiking the football afterwards only inflamed the situation (publicly calling Sayre a crook on social media after Jennifer Brown won the Chair in CD 6). Some people think that it is against the rules to trash other Republicans.  That may be nice and altruistic but in reality does not work well in practice. The fact is that nominating processes are horribly divisive at times and passions inflame in all of us. If Mr. Fredericks wants to attack a candidate – perfectly fine and legitimate.  Reasonable people can disagree. But it is the volunteers and the base which keep the party going – and for Mr. Fredericks to repeatedly be attacking Republican voters shows that he has become part of the problem, not part of the solution. For the record – each of us has been guilty of this – myself included.  What makes Mr. Fredericks different is not only has he continued to attack conservative warriors, but he is seeming to up the ante. If you see the picture at the top, you’ll clearly see that Mr. Fredericks is accusing a small government conservative of calling him names – something this woman clearly did not do.  All the woman (Susan Lascolette) making the comment said was “She’s lost her mind”. Unless I’m very wrong, John Fredericks is a he and not a she. Yet he goes onto think that any criticism of Senator Vogel is a criticism of himself personally. Quite frankly, Mr. Fredericks is out of his gourd.

The Virginia Republican Creed says and I quote: That fiscal responsibility and budgetary restraints must be exercised at all levels of government.  The Tea Party was formed by people such as myself who were sick and tired of Republicans not following our own creed.   Medicaid expansion has been a disaster everywhere it has been tried. People like Susan Lascolette, myself, and many others are properly worried about a massive increase in public spending at the federal local and state levels.   The Liberty movement in the GOP has been increasing since the 1st Tea Party rallies since 2009.  The fact that Mr. Fredericks cannot see or understand this is mind boggling.   As recently as yesterday evening, he was still publicly taunting Dunbar supporters on FB.

Republicans are at their best when fighting the expansion of government, not enabling it.  Donald Trump won in 2016 because he promised to fight the system – not fully fund dysfunctional legislators.  Something Mr. Fredericks needs to remember.