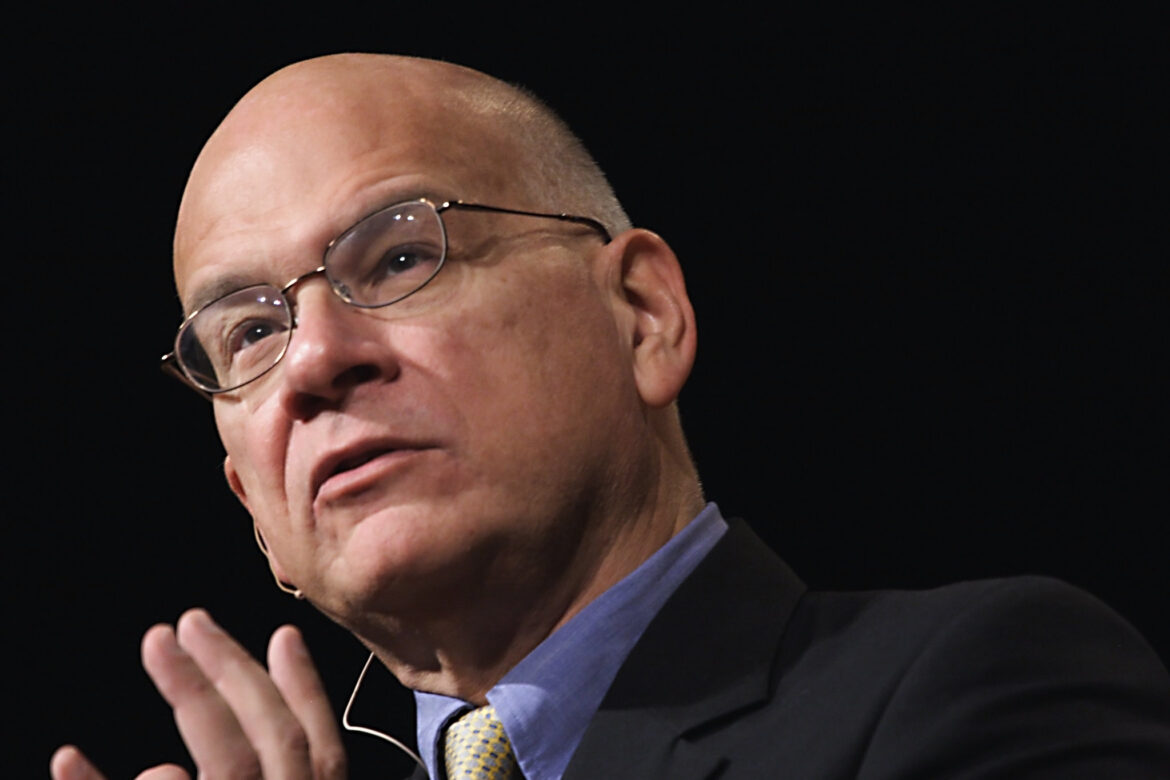 [This article first appeared in the American Spectator and is reprinted in full with permission. Photo Credit of Dr. Timothy Keller, Christianitydaily.com]

“That’s just one item in a growing list of antipathies that separate the evangelical industrial complex from everyday evangelicals”.

For a decade running, the nation’s political division has rendered the thought-shapers of the evangelical industrial complex (EIC) virtually unable to celebrate Independence Day with a clear conscience. That disability undermines what the late Englishman and polymath Roger Scruton identified as an essential component of communal bonds: patriotism.

Timothy Keller, the longtime superstar pastor of Redeemer Presbyterian Church in Manhattan and the most influential leader of the reformed resurgence among evangelicals, nurtured wariness for patriotism among conservative Christians. For the Keller-inspired evangelicalism which encompasses ascendant elites in the Southern Baptist Convention and the Presbyterian Church in America, July 4 presents as more of a problem to be solved than a festival to be celebrated. The love of God, family, and country displayed by most evangelicals over the holiday weekend soured in the mouths of their erstwhile leaders.

Patriotism, all but demonized within blue communities, was bound to find itself in the crosshairs of elite evangelical branding and messaging. Since 2016, the evangelical industrial complex has been careful to deliver two messages in and around national elections, the Fourth of July, and whenever Donald Trump’s name pierces the national consciousness: (1) conservatives who vote Republican are flirting with idolatry, and (2) “America was never a Christian nation.”

Independence Day marks just one in a growing list of antipathies that separate the evangelical industrial complex from the everyday evangelicals who subsidize their salaries and the institutions they control.

These same elites said that evangelicals would have to deny their faith to vote for former President Donald Trump. They mocked deplorables who might lose their jobs should they shun the COVID-19 vaccine. They opposed a bill in Louisiana that would have abolished abortion. They urged evangelicals not to celebrate the reversal of Roe v. Wade. They charged champions of a secure border with xenophobia. They said critical race theory and intersectionality can help us interpret the Bible. They joined in the hysteria over January 6 but fell virtually mute as the nation’s cities burned in the summer of 2020. They said evangelical churches should provide safe places for the same-sex-attracted to “tell their stories.” Really? What about thieves? Pedophiles? Racists? No? Why not?

The white male evangelical industrial complex elites have canceled and ignored un-woke black evangelicals. As Shelby Steele and Thomas Sowell have shown, they are partners in a protection racket endemic to the race industry. The white men at the top win protection from the charge of racism and retention of their power in exchange for giving jobs to politically correct blacks and refusing to engage with un-woke blacks.

The root of the evangelical industrial complex which distances it from the evangelical base is easy to identify. The target audience for the Keller-led evangelical movement remains blue communities — the college-educated denizens of the nation’s cities and blue enclaves. Each move by the elites away from rank-and-file evangelicals involves a gesture toward or capitulation to blue-community sensibility. Winsomeness to blue communities has been the stated strategic priority of Keller-inspired church-planting for 20 years.

Worse, they have sought the favor of the blue regime at the cost of contempt for red communities now targeted for myriad forms of ostracism by the Democrat Party and its partners. Winsomeness to blue communities now demands repudiation of red ones. The EIC has complied.

Ironically, the evangelical industrial complex has made the nurture and protection of communal bonds a central feature of its project, but only for one’s blue neighborhood or city or for that abstract “global community” the World Economic Forum is so anxious to serve and save. But blue communities see the patriotism that takes its sense of national identity from 1776 and is treasured within red communities as a hothouse seeded with white supremacy, xenophobia, and jingoism. For the EIC, that patriotism has been rendered spiritually dangerous.

The EIC casts its posture as a turning of the cheek and bearing of the cross inspired by Jesus. But its rhetoric over the past 15 years evidences no yielding to face-slapping or crucifixions. Instead, the EIC performs calculated overtures to those already signaling contempt for Christianity. It seeks crumbs it hopes will fall from the table of the political party in power — the withholding of sanctions T. S. Eliot identified as the special danger to the church in our time:

Desperate to stave off the punishing hand of the revolutionary Left and win a safe space for itself, the EIC has sacrificed one conservative conviction after another in order to, as evangelical writer Stephen Wolfe observed, “render itself harmless to the regime.” They have done this at the price of a long list of cherished moral, spiritual, social, and political inheritances of the red communities which nurtured and launched them in ministry.

Scruton argues that ignorance of the necessary conditions of social order — and patriotism’s essential place in that order — invites either anarchy or tyranny. Either will squander the great civilizing religious, social, and political goods bequeathed to us, Scruton warns, and bring great suffering for all but a small class of elites who manage to secure power. Whatever the red communities have gotten wrong, they have gotten patriotism right.

Leadership shackled to blue community sensibilities is tearing the nation apart. Fixation on multiplying and sanctifying individual identities divides Americans one from another and evokes distrust between us. But the rituals of Scrutonian patriotism offer gestures of neighborliness and belonging.

Scruton recognized what evangelical leaders once did but have forgotten: piety, patriotism, and peace are not enemies. They are friends.

Mark DeVine, Ph.D., is the Associate Professor for History and Divinity at Beeson Divinity School. He has authored three books and is a frequent contributor to the American Spectator, Federalist and American Thinker. He is also in demand as a speaker and guest pastor.

I was reared in a biblethumping, speaking-in-tongues, holy-rolling, the King James Version for me evangelical family. Then I ventured off to college, learned to read, and have not darkened a church door since 1963.

“What about thieves? Pedophiles? Racists? No? Why not?”

Why would you equate homosexuals to criminals? Seems to align with the goals of the Religious Right these days, of course…

Here is an idea Erica… Go Google is church attendance declining… Go ahead I will wait… See less than 28 percent of the population and declining goes to church anymore. You and your stupid bullshit about the religious right… You are a stupid boomer who lives in the past.. psst… Jerry Falwell is DEAD…. So… see… the religious right is not running your life moron.. They are shrinking population that is irrelevant. Unless they manage to convert the masses of hispanics walking across the border into Evangelical Christianity… they are finished demographically..
You know how you are always so self satisfied that whites are becoming a minority???? OH HOW great that is for ERica… well stupid… Evangelical Christians are a small subset of whites…
You are truly void of brains…

Pedophile grooming is a crime whether it is done by the lgbtq or Muslim crowd.