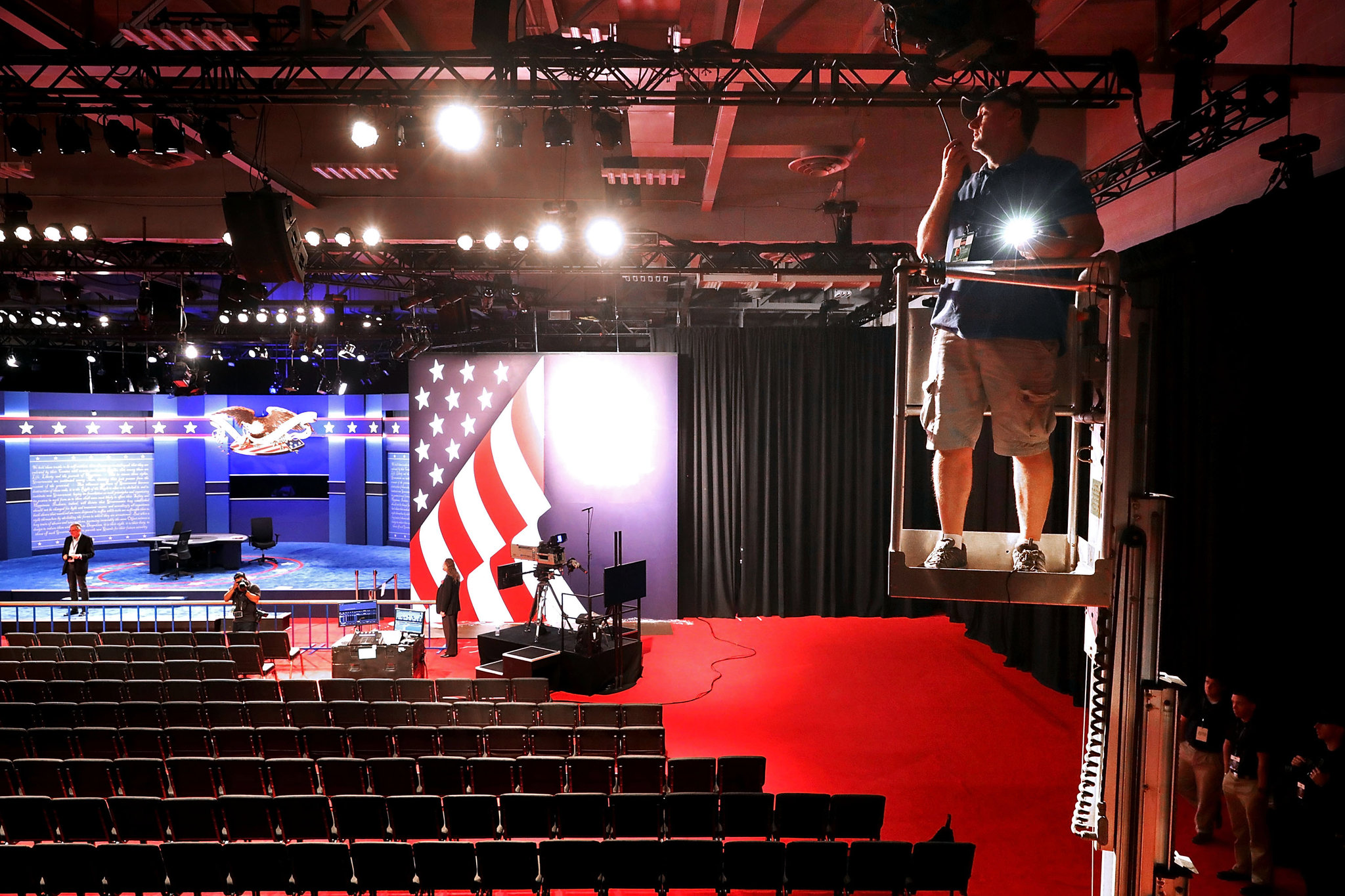 Everything You Want to Know about Tonight’s Vice Presidential Debate

In Farmville Virginia students at Longwood University are excited about tonight’s Vice Presidential Debate on their campus. The campus is lined with Clinton/Kaine signs and Trump/Pence signs. The debate begins at 9:00 on all major networks and cable news stations. From the Richmond Times-Dispatch:

It’s kind of crazy,” said Maeleigh Ferley, a junior from Spotsylvania, who returned Monday night from fall break to watch the vice presidential debate. I’m just kind of watching it all.”

Even pre-schoolers from a nearby school are touring the campus prior to the debate.

“We want them to be aware of the world they live in,” said Deborah Carrington, who is the preschool director with her husband, Chapman Frazier.

Tonight’s debate will be formatted differently than the debate between Trump and Clinton. From USmagazine:

Kaine and Pence will be seated for a round table discussion instead of standing at podiums. The event will be split into 10-minute segments and each candidate will have two minutes to respond to a question.

The moderator of the debate will be Elaine Quijano of CBS News who is the first Asian-American to host a Presidential/Vice Presidential debate. She is Filipino.

During the Presidential Debate there was no mention of social issues, religious liberties, abortion, or gay marriage.  That could change this evening. Both Mike Pence and Tim Kaine are Catholic although it’s sometimes hard to tell with Tim Kaine who “personally opposes abortion” but thinks it’s fine for everyone else. He also goes against his church in supporting the Death Penalty.  During his 4 years as Governor 11 Virginia criminals were executed.  In contrast Mike Pence is outspoken in his support for life.  He has championed the defunding of Planned Parenthood.

Trump’s Vice Presidential candidate, Governor Mike Pence, will have the tougher job tonight defending Trump’s tax returns, among other things. So far he has been excellent at mopping up for Trump.  I expect he will do it again tonight.

Photographs of the room show the terrible, busy, background will be used again. Having the Constitution behind the candidates is distracting and adds nothing.

How well do you know the two Vice Presidential candidates?  Take a Quiz here.  I took it and missed half of the questions.

Everything You Want to Know about Tonight’s Vice Presidential Debate was last modified: October 4th, 2016 by Jeanine Martin