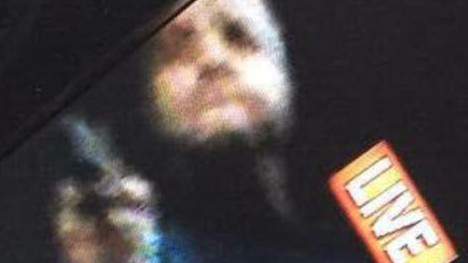 Once again, Evil’s reality has overpowered the cultural nostrums that we can remake human nature with more laws and more empathy for those who would do us harm.

Yesterday in Moneta, Virginia, evil took the form of a deranged man who filmed himself killing two newscasters from Roanoke’s WDBJ TV outlet. Alison Parker, 24, and Adam Ward, 27, both died at the scene, and the deranged murderer finally shot himself when spotted by Virginia State Police some time later.

The horror of the event itself, caught on live TV, and the murder’s own recording of his deeds, is beyond the power of a normal mind to comprehend. In just seconds two precious young people were murdered by the ageless craving of Evil to destroy life, using a deranged mind as a means to an end.

There is so much that is predictable, however, about the political and cultural reaction to the unspeakable murders and how that reaction takes our attention away from the actual loss of innocent life and turns it towards the killer.

There was not even a few hours space for grief before the radical left high jacked the attention.

Using the worn out mantra about “finding the reasons” for the violence, virtually every tragic murder in the nation is now an occasion for a political scolding. There are interviews with “professionals” promoting more spending and programs – which they administer. And there is the endless shilling for gun control by the political class; new laws are always needed. The formula is hardly surprising anymore.

Virginia’s Governor Terry McAuliffe led off the parade with a coarse and demeaning politicization of the events within hours of the murders, quickly followed by his fellow radicals; the murders became merely another stage upon which the leftwing agenda dances.

Taking guns away from citizens is now an official “cause.” The President’s trite and passionless comments after the shootings, reiterated his claim that the U.S. is the “most violent nation on earth.” (Of course, that’s nonsense and statistically untrue; and without inner city gang and drug killings, even the murder rate is quite low.)

What you won’t hear discussed is the fact that this type of violence is not a new phenomenon, either in this country or others, or in this century or those past.

What is new is the transformation of our culture and values over recent decades.

Nowhere is that change more evident than in our cultural concept of Evil. It is the one descriptor seldom used, or used only as an ambiguous behavioral trait. Evil is rarely used in its robust idiomatic description of Satan, or in its historical role as the “force” that governs or gives impulse to wickedness and destruction.

In prior decades our Judeo-Christian educational, political and religious perspective equipped Americans with some respect for the power of Evil – and for Evil as a first cause. We had general prayer in our schools, and God was recognized, however modestly, as providing a filter through which events could be reasonably judged as right or wrong. The Ten Commandments were taught as our moral and legal foundation promoting human dignity and worth, and liberty.

But as the decades pass, and as God and the Law have been increasingly dismissed in our community life, the rules are simply whatever pleases us at the moment. Good and bad are positional; your good, my bad? Who is to say? What constitutes civil behavior now has little definition. There is official contempt for life, the family is marginalized, and self-responsibility is owned by the “culture,” making it an orphan.

The new standard is that there is no standard.

With the guardrails largely gone, more laws and programs are written to fill the vacuum left with the loss of ageless Wisdom. Yet, the laws passed are often counterproductive or not effective, and at other times destructive. (Today there are over 30,000 laws that govern firearms in our nation!) While the laws fail, there is never a shortage of deranged minds and damaged souls available for the most horrific purposes evil can devise.

Which brings us to the question; how do we stop the irrational violence, or control those who obviously have serious mental issues, from doing harm to us or our children?

The truthful answer is that we can’t. Deranged minds, and irrational men and women have walked with humanity since Cain murdered Able. No amount of gun control, laws, or “people control” will stop evil.

And governments, of course, have been by far the most murderous, violent entities in this, and every century.

But if we can’t put toothpaste back in the tube, we can at least name evil for what it is.

As conservatives and religious traditionalists, we can vigorously join the public discussion and reject political agendas driven on the emotions created by the deeds of madness and evil.

Perhaps it is no more complicated than individual Americans taking a stand in the public square, reminding our society that the further we move into a post-Constitutional, post-Judeo-Christian era, the more dangerous the times will become, and the more self-vigilant and self-reliant we must be as evil is further empowered.

When a white kid shoots up a church, it’s a race problem. When a black man shoots a group of white reporters, it’s a gun problem. Liberal logic, go figure.