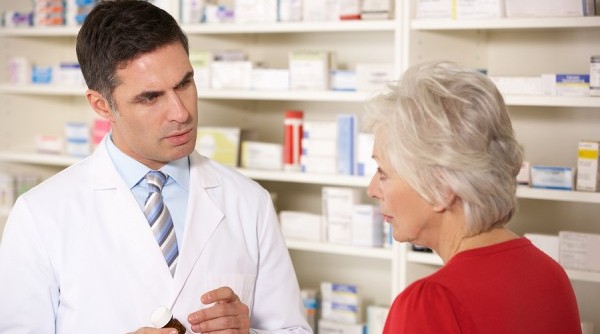 As I have recently experienced during a recent ER visit in northern Virginia, many cases presenting themselves are cases of sniffles of illegal aliens and their children who use the ER as their primary physician because ER visits are free to them, paid for by the U.S. taxpayers.

A seven-year study just released on January 10, 2019, by the University of Waterloo in Canada found that pharmacists could dramatically reduce ER visits by “incorporating them with an expanded scope into the community or hospital emergency departments,” thus reducing the overcrowding of emergency rooms (ERs).

Wasem Alsabbagh and Sherilyn Houle found that “almost one-third of non-urgent Emergency Department (ED) visits in Ontario were for conditions that could potentially be managed by pharmacists with an expanded scope of practice – available in other jurisdictions in Canada.”

“Overcrowding in EDs is a concern most Canadians can relate to, and we know that it can lead to increased mortality and a higher rate of patients who leave without receiving treatment,” said Wasem Alsabbagh, a professor at the Waterloo School of Pharmacy.

He added, “Our findings support that we need to see more pharmacists working with expanded scope in community practice or based in the ED. This may reduce crowdedness and free more resources in EDs to care for more acute patients.”

After the researchers examined data from 2010-2017 of all Ontario hospital Emergency Department (ED) cases, they found that one in five patients who sought emergency care had non-urgent health concerns. Such unnecessary visits could have been potentially managed by a pharmacist.

To ascertain the percentage of non-urgent care, the authors of the study used standard scales that measured the severity of the patients’ symptoms and used statistics to determine which cases could have been managed by pharmacists “working with an expanded scope.”

In Ontario, in 2012 and then in 2016 pharmacists’ roles expanded and they could renew prescriptions and administer flu vaccines and others.

“Our study included all expanded scope services in use across Canada when assessing which Emergency Department (ED) cases pharmacists could manage,” said Alsabbagh. “Over the seven years of the study period, we found that pharmacists with an expanded scope could potentially have managed nearly 1.5 million cases in Ontario.”

What conditions could a pharmacist with an expanded scope of practice treat? According to this study, skin-related problems like dermatitis, coughs, and inflammation of the ear canal, nasal passages, and throat were some of the cases that could have been managed by a pharmacist.

The Journal of Research in Social and Administrative Pharmacy published Wasem Alsabbagh and Sherilyn Houle’s study called “The Proportion, Conditions, and Predictors of Emergency Department Visits That Can Be Potentially Managed by Pharmacists with an Expanded Scope of Practice.”https://uwaterloo.ca/pharmacy/news/pharmacists-could-dramatically-reduce-er-visits

As more doctors retire in this country, fewer students study medicine due to its difficult, long, and expensive training, nurse practitioners’ and physician assistants’ roles expand, and more doctors are brought from third world countries and medical schools, could pharmacists’ roles fill the vacuum and expand beyond vaccinations in the United States where Emergency Rooms (ERs) are equally crowded by minor cases? How would they define minor cases? What would the medical licensing boards and medical schools do under such circumstances? Would pharmacist training and medical liability have to change?